I wanted to answer in just one word in contrast to her sudden pouring out of words but instead I said;

"Well Top Ender, you are really smart so I think that you would be able to make up the entire language that we speak now but wouldn't speak then."

She seemed happy with that. 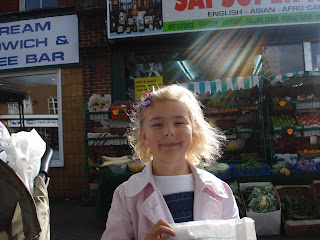