- October 03, 2011
Wow, what a weekend I have had. Out of the last three nights I have spent two of them in two hotels, I have been to the MAD Blog Awards, (where I won the MAD Blog Award for Family Fun for the second year running thanks to you voting for me again so Thank you!) a Lego Duplo Event where I got to see some of the new Duplo coming out in 2012 (I can't tell you what the products were, but I can say YAY! and COOL! and DUPLO ROCKS!), had dinner with friends twice, been swimming and got lost in London. Twice.

Just like the Caption photo from the MAD Blog Awards feed this is a photo of me to caption! Yes, that was me that you were captioning. I took it a few days ago when I was preparing for The MADS, you know the sort of thing we ladies do whenever we are going to be around other ladies! Anyway here is the picture to caption this week. 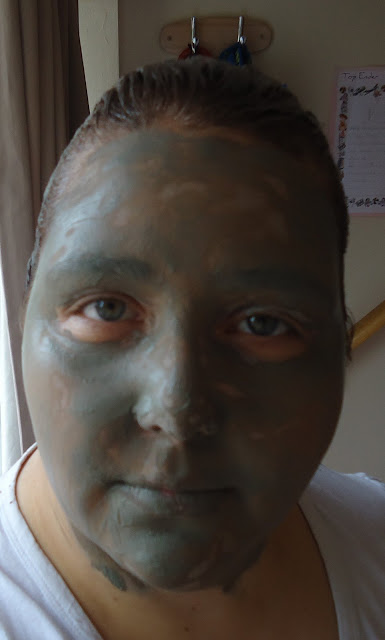 And the photo from last weeks Caption it Monday! was of Big Boy having had his face painted with a dinosaur... 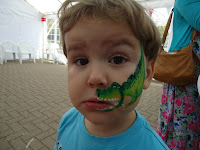 "Do I have something on my face? Oh yeah it's the new mole, dinosaur mole. Cool right?" From Katherine

"you've got a little something on...no, never mind. :-)" from Harveys Furniture store

Psst over here! I've heard there's a crocodile hiding out near here from Mummy Matters

"This is going to wash off Mummy?" from Multiple Mumma

Thanks everyone and I hope you had fun!
Meme