- April 18, 2014
Yesterday, whilst I was doing the gardening, Big Boy went for a ride on his Go Kart. With one thing and another it was really his first go outside since he got it for Christmas, or at least it was his first time where he got to be outside for more than five minutes because it was too cold or wet to be out there any longer! 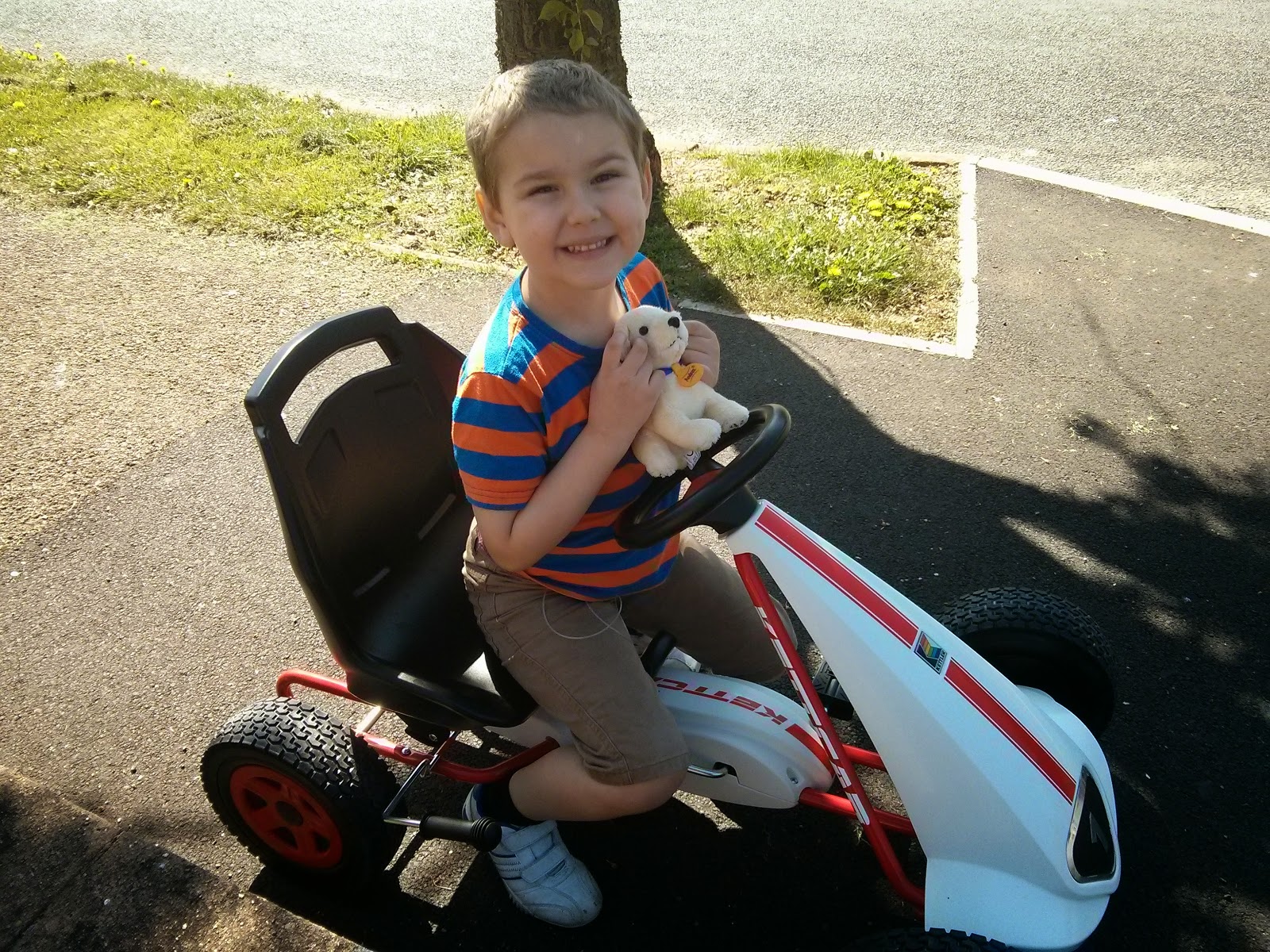 It was fab watching him ride between the two points we had agreed upon as his boundaries in our street and despite a few initial issues, where he seemed to forget how to peddle, he was soon speeding along and enjoying the sunshine.

The Kettler Daytona Pedal Go-Kart has an RRP of £159 and I really wish that they'd make a large one for me to ride on (although I wouldn't say no to one of their Cross Trainers!) as seeing the fun that Big Boy had whilst he was riding on his makes me gutted that I never had one as a child.

We received the Go-Kart to review.
Family Life Free Days Out Review Spring