Can you spot them in this picture below? 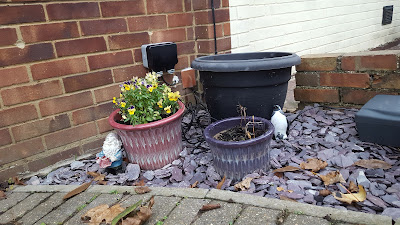 When my Nan died earlier this year, the children and I went to visit her home to scatter her ashes (well technically we buried them where we also buried my Grandfather's ashes) and my Dad and his wife told us to take anything from the garden that we might want. So we took a few cuttings (and Top Ender managed to "steal" a rug from inside the house), but there were two garden visitors, whom I knew needed to come and live with me now. 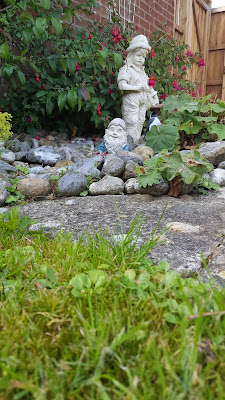 My Nan had placed them on a rockery area that had once been the site of a garden pond that I'm pretty certain my Grandfather had built. The hours of fun this tiny little pond had produced, due to a combination of watching the fish, frightening cats away who wanted to eat the fish and of course feeding the fish with just the right amount of food (Something my sister and I were never very good at) are burned into my memory and I didn't want to forget them.

I don't want to forget them.

So the Penguin (I think it's a Daddy one) came to live with me. For the last few months he has been in my backgarden. The only problem I really have with that is my back garden is terribly overgrown and so I couldn't really see him and his baby! 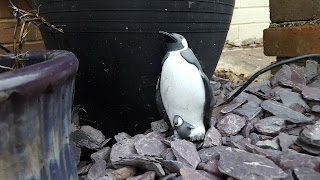 And along came a Gnome too.

You might recall that I love Gnomes, my first one arrived in 2009 and he was called Percy (After Percy Thrower!) and we soon had another join us (Alan as in Titchmarch) but due to a sledging accident both have moved to the garden in the sky... 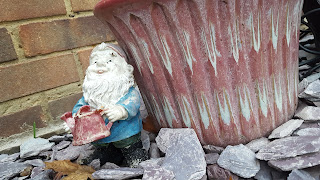 I've decided to call this Gnome Herb, after my Grandfather, I don't remember if my Nan called him anything and well, it's too late to ask her now so I hope she'll approve of his possible name change.

And so these are my two new Garden visitors. I hope they will bring me luck and joy and watch over my garden,
Family Life Home Improvements Making A House A Home