- November 08, 2016
Today will be the first day that Dan Jon Jr eats a hot meal at School that I haven't prepared and sent in with him as part of his lunchbox. Yup, with our School having recently built it's own on site kitchen, Dan Jon Jr wanted to swap from having packed lunches to having school meals a few days per week just as Top Ender did when she went up to Senior School.

There have been a few hassles, because of Dan Jon's diabetes but it's okay, we're prepared and it's not like we haven't done anything in the past that has been more difficult or stressful. 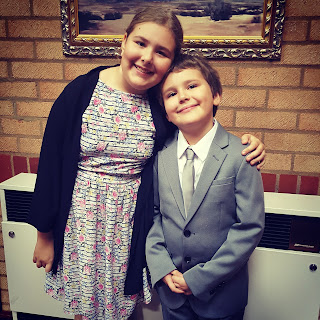 That daughter of mine is sometimes a bit sensible.

The friday came about because she has a lunch time activity on, and rather than speed eating a packed lunch she decided that she would much rather prefer to take a box of chips with her. Of course this again has nothing to do with the fact that she has a jump the queue badge for a Friday... okay so it's everything to do with this!

The children and I have spoken about what it is that they think they might want to eat in the evening, as Top Ender has already requested that meals on a Tuesday, Thursday and Friday be lighter for her as she has had a larger meal during the day.

So far the children have come up with some great ideas for warm food that doesn't seem too much. Toasted Sandwiches, Soup, Home Made Burgers (chicken or beef!), a bowl of chips (they love my sweet potato, carrot and potato fries!), a plate of Nachos and I'm sure together we'll come up with many more ideas, but if you have any suggestions please let me know! 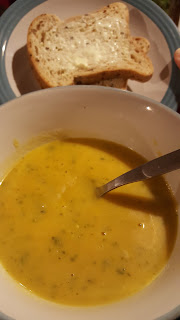 I'm thinking that until we know just what level they want to eat at we have to sort of play it by ear. The benefit to this is if we eat leftovers (as we are on Tuesday and Thursday this week, see my weekly meal plan for more details!) that they can just have a smaller portion, something that will still satisfy them but not as large as it may have been if they had had a sandwich during the day.

I'm not sure how long this idea will last, Dan Jon Jr might only last the few weeks I've paid for in advance and decide that hot meals are not for him, but for now it's School Meals Ahead!
Family Life Food Packed Lunch School