- November 26, 2016
Hoorah, it's Saturday already which means that today I get to go shopping... oh wait no I don't because I was super organised and I went yesterday with Top Ender and that means that today I can have a lay in and just relax!

I'm so excited. You could be reading this, and I could still be in bed. 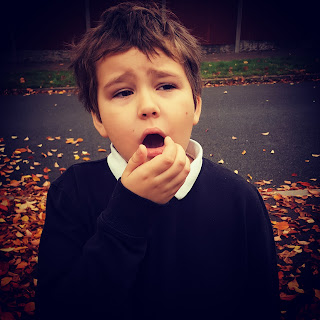 Although, I probably won't because Dan Jon Jr will want me to be the one that gets up with him!


The other week when I was trying to make a really lovely date night meal for Flyfour and I, I remembered that we usted to make Steamed Curries all the time. They were delicious, they were fairly good value and did I mention they were delicious?

Flyfour remembered at the same time, so this is why we are having it tonight. Dan Jon Jr won't be happy, but it's okay because we love him and he'll go along with it this time!


As we aren't having our Sunday Roasts at the moment, I thought it would be nice to have a sunday like meal, which is why I picked Toad in the Hole, plus as Flyfour is the best at making Gluten free batter, it's the best thing to do on a Sunday! 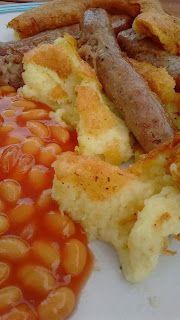 Monday - Beans on Toast with a Fried Egg


I decided that beans on toast would be wicked, but that with the addition of a fried egg it would be a great meal.

I'll no doubt add chives to mine, but the children are more likely to go with the addition of cheese.


I wanted a quick and easy meal, so decided to do a sort of Salmon and Rice casserole. I'm not quite sure how it will taste, but I think it'll be lovely.

And if it isn't? Well, then the cats will have a lush evening meal.


I wanted to do a carb free meal for Dan Jon Jr and after much experimenting, I know that if it involves food that he loves, like Sausages that he is more likely to eat it.

I thought that I would do Eggs in Clouds, with sausages, bacon and a bit of low carb veggies like spinach and hopefully something else I magically think of!


This is the recipe from the Eat Well for Less TV programme, that I love to watch but get so annoyed at watching because they never save people enough, in my humble opinion.

Aah well. At least every so often we get a good recipe that we can use right?! This Risotto is lovely and I think worth playing around with, adding some extra veggies and the like.

I'm going to add some Christmas bits in because today is December 1st!!! And yes, that does mean there is probably some odd veggies like sprouts in tonights dish.


It's Friday, I've run out of money, the cupboards are bare and the children are ready for a weekend so we're having Tuna Pasta. Again I'm going to try to make this be a little more Christmas like... I just don't know how just yet!
Family Life Food Main Meal Meal Plan