- November 04, 2016
I wanted to write a little about our Ward Trunk N' Treat because as usual it was a fantastic evening and something that I think years later I'll wish I had documented!

Flyfour and I arrived with the children, three slow cookers full of soup, (the fact that at the end of the night we took home three almost full slow cookers of soup isn't important) and a car boot full of decorations, a marquee and enough glow sticks to light twenty-two and a half raves. 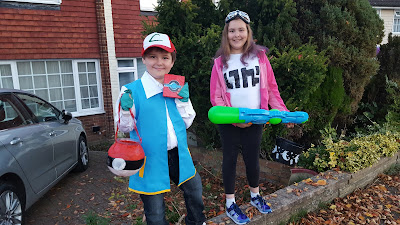 Top Ender was dressed as an Inkling from Splatoon and Dan Jon was Ash Ketchum from Pokémon and together they went off to help others in the ward set up the Cultural Hall for when we would share a meal together at the end of the evening.


Flyfour and I quickly put up the Marquee and set to work decorating it, covering the windows with black bin bags and generally making a haunted house to be proud of. We didn't argue too much whilst putting it all together and we agreed when we were finished that it was a Haunted Marquee to be proud of. 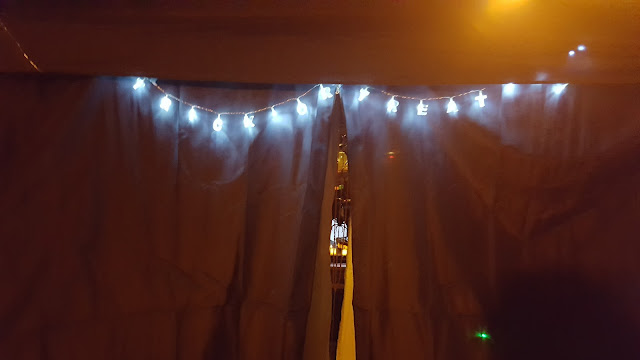 Once the Trunk N Treaters started coming round, we let them into the Marquee only a few at a time. Part of this was so that they could have a level of scary that was right for them, and part of this was so that Flyfour who was in the Marquee dressed as a Skeleton didn't get overwhelmed. It was a rather excellent method, especially because as I knew most of the Children that were wanting to come into the gazebo, I could easily work out what level of scary they would appreciate and could loudly talk through the flap to let Flyfour know! 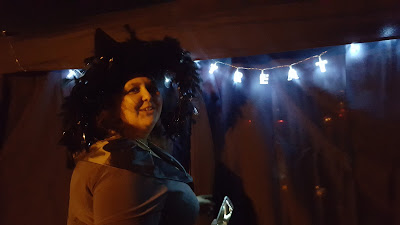 There is one story I want to share, which I'm sure will enter into the stories of legend for my family and will be shared for many years to come and for the purposes of this story, we shall call the child involved George. 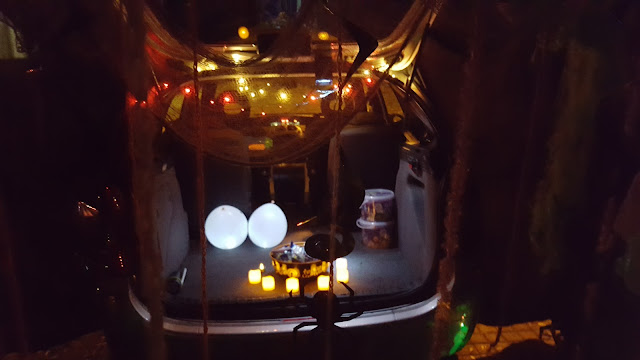 George is a child I know really well and he is fabulous fun. He is eight years old and the sort of cheeky chappie who is confident and generally a good laugh. At the door I asked him how scary he wanted it to be and he told me that he wanted it to be really scary. After a brief joke about how I was going to make sure it was super wet your pants scary. So I told Flyfour that it was a brave eight-year-old and that it was one of the children I knew and George walked tentatively into the Gazebo.

I peeked into the Gazebo and watched as George worked his way past the hanging dangling scary things towards the sweets left apparently temptingly unguarded in the back of the car. I could see Flyfour hidden in the shadows to one side of the boot, apparently unseen by George.


George made it all the way to the boot when Flyfour creeped up behind him.

"Why are you touching my sweets?!" he said in a low growl

He had thought that he was alone in the Gazebo and as he spun round to face Flyfour, he brought his hand up to protect himself from the ghoulish figure before him. The only problem was this hand was clenching the bucket full of sweets he'd been collecting from various trunks along the car park and

The bucket hit Flyfour squarely in the face.

Now, I'm a bad wife, because the first thing I did at this was howl with laughter. The second thing I did was encourage George to come to me so that Flyfour could assess if there was any damage to his face. 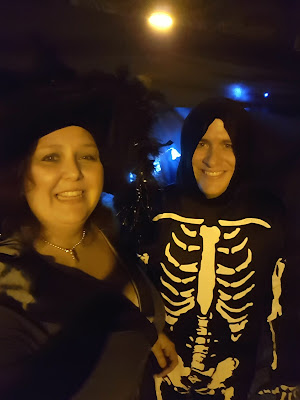 Did anything fun happen to you or your loved ones this past Halloween?
Family Life Funny Halloween