- November 22, 2016
During the Summer, the plan was that we were going to spend a few minutes each day tackling our front garden. It was my plan, but we had spoken it through as a family and we decided that we were going to as a family, dig up the weeds, plants, bulbs and just clear the garden so that we could make it a tidy, neat and hopefully easier to keep weed free reflection of our home.

Plus, a bit of kerb appeal never harms anyone right? 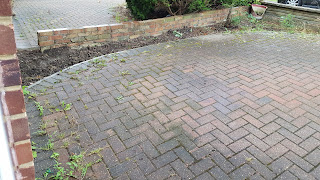 Instead, one day whilst Flyfour was at work, Top Ender was at one of her camps and Dan Jon Jr was busy building an entire kingdom in Minecraft I tackled the front garden. It took me all day, but I pulled out the things that we didn't want, I dug up all my bulbs and I tried to make the small patch of land at the front of my home look... well a bit tidier I guess.


I/We didn't get round to doing the next phase of the garden because it was a cost that we suddenly couldn't afford. It was okay though, I knew that if I saved up my pennies, I could get it done before the end of the year and then when my Mum gave Flyfour and I some money to buy a Christmas gift we knew what we could put it towards.

Which is why this past Saturday when I woke up, I decided I wanted to do the garden and somehow I managed to rope Flyfour into doing it with me! Our first step was to again clear the garden, it may have only been a few months since I cleared out the weeds, but they were already back in abundance! Out went my Christmas lights, out came the weeds and leaves and the other bits of junk and rubbish that we found. 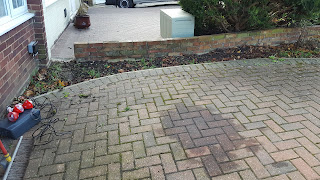 And then down went the newspaper that I'd been saving each week after Flyfour and I had read it since a few weeks before Summer. In order to help the news paper not move or blow around whilst we were working, we soaked it with water. 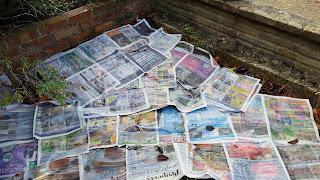 Flyfour was really confused as to why I was putting down the newspaper, but I explained to him that it was a method I had used in the past to mulch down the weeds and to level the garden out a bit. Flyfour just nodded, I'm not sure he believes me, but it worked with the Lasagna Gardening I did in the back garden, so hopefully it will work in the front! 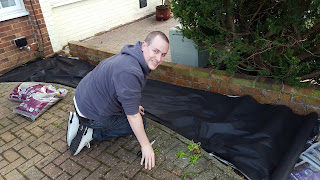 After we had put the newspaper down, we covered the paper in weed control fabric. I know that this will need to be replaced in a few years (well ten according to the packagin) to A: Give the Soil some more nutrients and B: Replace the fabric because it will have suffered some wear and tear, but to be honest I'm not really worried about that right now. I mean who knows what I'll be doing in ten years time?! I might have moved house! I might have moved country! I might be able to afford a gardener... 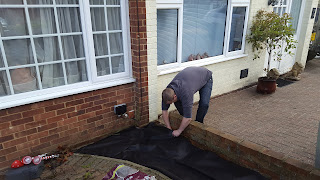 I'd like to take a moment here to just say thank you to Flyfour. Flyfour worked so hard at doing the garden with me and we didn't think about it, but the next day we were so sore! I don't think we realised just how much we did together!

We placed our pots in the garden (they have had the carefully dug up bulbs placed in them, along with a few other new plants and treats for Spring!) and put the stone chips around the pots. Actually, that is a lie. We forgot a little bit and we started putting the chips down before we placed the pots, which led to a little bit of hard work where we had to scrape the stones away from the area we wanted to place the pots! 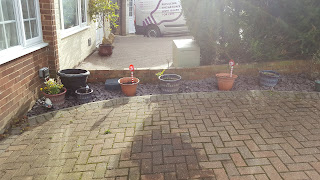 It didn't matter however, the pots were placed (I won way more pots than I thought I did, which is good as it means we didn't need to buy any extra!) and we used way more stone chips than we expected to achieve the look we were after, but luckily they were still all within our budget as we found a good deal at a local shop. 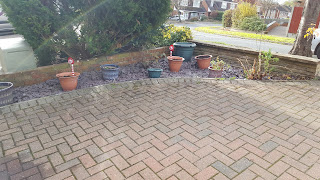 And so now we all think our garden looks beautiful. 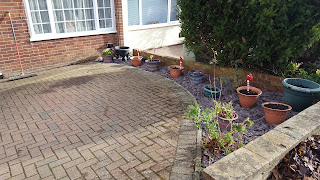 What is even better is that now that it is all done, I don't feel so bad about making some really cool Christmas decorations to go into the garden as my neighbours won't be looking at the weeds and just at the decorations!
Family Life Gardening Home Improvements Making A House A Home