- November 12, 2016
I was almost asleep before I remembered that I haven't worked out what we were going to eat this week, so I started paying more attention to QI and woke myself up to create this weeks Meal Plan for my busy family. Talking of QI, I wish I had put on Facebook, by the way the prediction I had about this current series. I said that I bet Alan would be smart and win as it had been Stephen Fry holding him back and if you've been watching, you'd know that is EXACTLY what has happened until this week when Alan was back in his usual position of last place. I'd cry fix, but I'd probably wake up the neighbours. 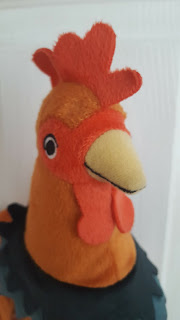 Anyway, whilst watching QI, I worked out what the family and I were doing this forth coming week added it all to my google calendar and decided what we should eat too.


Today was the last meal that I planed despite being the first meal we'd be eating. I just couldn't think of something that would be great for us to eat as a family, that would be tasty and was something we could all make together.

It was Flyfour who suggested Taco's which is kinda cool because the children and I had been talking about it earlier this week and Dan Jon Jr introduced Flyfour to the wonders of the "It's Raining Taco's" song. You have heard it right?


I actually can't remember what this is called, but basically it was where we cooked Chicken bits on top of sliced potatoes with onions and some herbs and it was really lush. And when I say we I mean Flyfour, as I'm normally at Church with the Children whilst Flyfour is at home doing man things.

This week however he is taking Top Ender to the Remembrance Day Parade as she is a Guide and I'm at the Priesthood Preview... so our Sunday lunch might be Sunday Supper!


Do you watch programmes like Eat Well for Less? I do and I normally get really annoyed and shout at the TV because the family featured are making simple mistakes when shopping each week. Things like not having a meal plan, not having a shopping list, not working out the price per gram and comparing etc.

Each week I watch however, in the hopes that I might learn something and normally I don't because for the most part we already buy better value brands although I must admit I do prefer buying frozen mash rather than buying a packet of potatoes and making my own!

Anyway, the meal tonight is the one dish that I have taken from the show because it is so lovely, cheap and quick!


As Flyfour doesn't like fish pie, I thought I would make fish cakes today, which he does like. Even though they are made with potato I'm still carbing us up with a portion of chips on the side and sweetcorn (which again Flyfour hates, but I don't care because we're not having Fish Pie!).

I'm going to assume that the Children will eat less because they had a lunch at School, but as it is a settling in period for Dan Jon with the meals I'm not sure!


I really wanted something I could throw into the Slow Cooker today and was racking my brains trying to think what we had in the cupboard and what we had in the freezer (not a lot if I'm honest) so that this could be a cheap shopping week too.

We had some Sausages that I had frozen, so I thought about Jen's A Thrifty Mum Sausage Casserole recipe for the slow cooker and decided we'd have that. We're even going to have it with Crusty bread because that sounds lush!


I will have had the delight of hanging out with my husband today and the children will have eaten a lunch at School (Pretty sure that Dan Jon has put himself down for a Roast!), so I figured something that is easily adjusted the amount of hungry you are (such as pasta) would be a good meal for us. 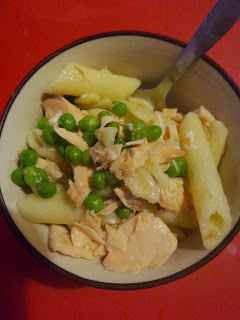 I was thinking about making this a little zesty with some lemon, but I'm not sure the rest of the family would like it so I'll probably make it creamy (using cream cheese) and add some chives to keep me happy!


Top Ender isn't with us for a meal this evening, she is busy doing something for Children In Need (I can't remember if I am allowed to talk about it online or not, but it's just Flyfour, Dan Jon Jr and I eating!

I was going to do a big sit down messy meal, but I didn't think it was fair as Top Ender wasn't here... so we decided to go with stacked Burgers as Top Ender isn't a fan of burgers but the rest of us are.


So, that's what we are eating and doing this week, how about you and your family?
Family Life Food Main Meal Meal Plan