- September 18, 2017
When we discussed the plans to decorate the children's bedrooms we told the children that when we decorated their bedrooms they could pick whatever colour scheme they wanted, within reason. That caveat was there for a reason, the reason being I knew that Dan Jon Jr had inherited my wackiness and I knew I might have to step in.

Dan Jon thought long and hard and decided he wanted Green Curtains, a Blue Carpet and Orange walls. There was no way, the kid was having a giant pumpkin of a bedroom! So we explained to him that how this was going to hurt our head every time we walked into his room and so he thought about it some more and decided to have a blue feature wall and somehow that changed to having a pure white bedroom. All Dan Jon really cared about was that he wanted a bed that wasn't 5ft in the air! 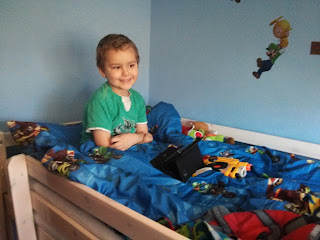 Well, it was certainly easier than what he had wanted and over the course of one weekend, Flyfour painted the walls, ceiling and skirting boards and Dan Jon helped out a little too. 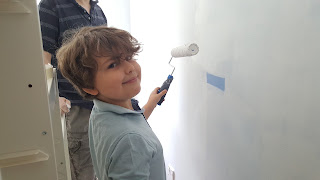 We took up the carpet, which had been laid before we moved in and was made up of off cuts from the rest of the house. This did mean that poor Dan Jon had to live with no carpet for a couple of days, but he wanted to as it was an adventure along with having no bed frame! 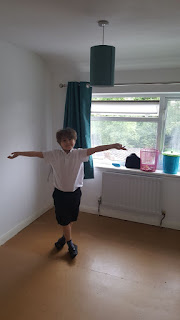 After the carpet was laid, Dan Jon only had to live without a bed for a few days. His new bed was built just for him after we had placed an order with the Study Bed company we saw displaying beds that converted into desks at the Ideal Home Show. The team came and installed it in an afternoon whilst Dan Jon was at School and he was thrilled when he came home to see it in his room.

The point of this bed, was that it changes from a bed 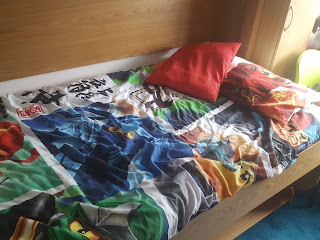 to a desk! So it takes the same space, but gives Dan Jon the work space and sleeping space he needs! 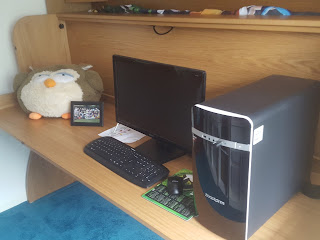 Here's a better look around Dan Jon's room. There is a lovely above bed unit where Dan Jon has stored some of his favourite books and possessions. 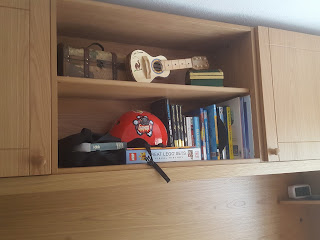 And we got a wardrobe for Dan Jon to hang his Church shirts and suits and a few different other T-Shirts too. 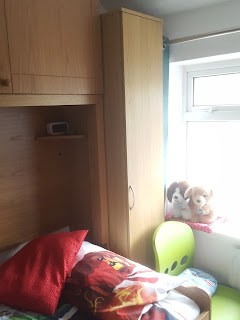 Dan Jon has kept his original bookshelf and the drawers which store his clothing. 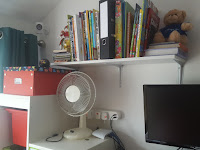 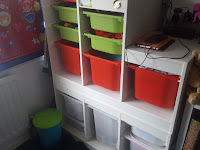 And more of his knick-knacks and some toys. 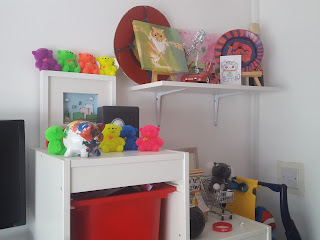 And of course several of his soft toys and games consoles! 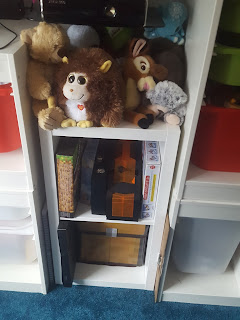 Dan Jon loves his room and I'm pretty sure that we have future proofed it enough, that it will last him well past his teenage years and if he's still living with us when his room does need updating Well, then he can pay for it himself!
DIY Family Life Home Improvements Making A House A Home