"Pippa", they started hesitantly. At this point, I didn't know where this conversation was going and had no clue to if I was going to be asked a question that they thought I could answer, or be told something in confidence. So I looked encouragingly at them, which involved me giving them a warm grin and a slight nod to carry on.

"Erm. I saw Flyfour on the train the other day and well... I thought you should know that he got off at a different station to the one closest to where you live." 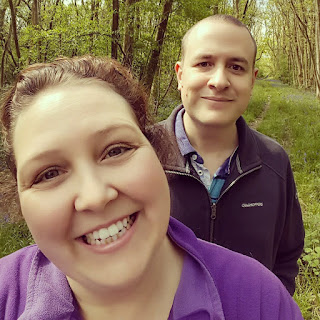 "Oh!" I replied not having expected this line of conversation. "Yeah, he gets off a couple of stations before and switches to a different train as with the way the trains go it's quicker for him and means he is home a little earlier!".

At this point the rest of our group of friends noticed we were off to one side and pulled us back in with conversation and so I wasn't able to say thank you to this friend without it having become a whole thing for the entire group to discuss and from the way they had taken me to one side, I felt it was obvious that they had been trying to be discreet, and I didn't think it was appropriate to say "Thanks for letting me know though" in front of everyone.

I was thankful though.

The point is that they didn't sit on it, they acted on it.

As I picked Flyfour up from one of the local Train Stations that evening, I told him about the conversation I had had and how pleased I was that I had friends that were looking out for me, friends who cared that my life didn't implode or explode or catch me unawares.

Flyfour felt a little differently and wondered what sort of vibes he had been giving out that made my friend think he was the sort of chap that would have an affair or be going through an existential crisis or something else, but as I explained to him, the friend doesn't know Flyfour, they just know me and the children and were protecting me and the children in the only way they knew how.