- March 21, 2019
Top Ender, Dan Jon and I were heading to the Cinema (we saw The Kid Who Would Be King) and got caught up a little in the wind, before we got into the Cinema. As we walked from where we had parked the car, I suddenly realised that the children were lagging behind me a little and that they were struggling to walk in the wind. 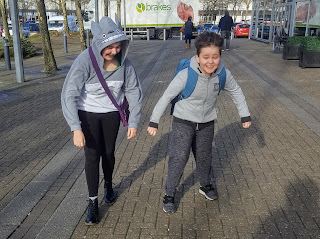 Luckily, they both thought it highly amusing too and were quick to join me in my giggles, even attempting to duck under the wind and run for it. 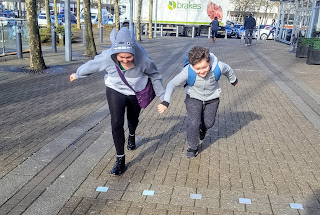 Of course, none of this actually had the desired effect, and they soon found themselves out of breath, buffeted by the wind and worried that they were going to take off... which gave me a great idea. Now I just need to persuade the family to come with me to the Downs, tie a ribbon around their waists and see if I can fly them like Kites!
Family Life Funny