Its not only Christmas that is Big Business!

- November 07, 2009
Its not only Christmas that is Big Business in this house, but Birthdays too.

You see, my Birthday is the day after my Mum's and so we celebrated them together. It was great fun as I grew up, especially as my sisters birthday is three days after our Dad's and again we would love celebrating both the birthdays together. In fact the first Birthday that Daddy spent with my family was the joint celebration of my Dad and Sisters Birthday (and he didn't nearly get us thrown out of the Chinese Restaurant we were in with his Chinese accented version of Happy Birthday, that is just a rumour...) of which we even have documented proof! 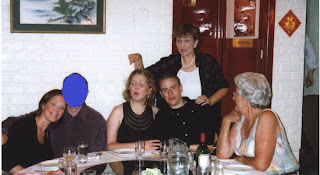 It wasn't intentional that Top Enders Birthday was exactly two weeks before Daddy's, she was due before Christmas but managed to hold on until early in the New Year... and I was kind of forgotten by the Midwife team; But I will admit to some crafty planning with Baby Boy and he ended up being born 13 days after my birthday! I'm not sure what to do if we do go ahead and expand our family, perhaps I should aim for our Anniversary...

With Top Enders birthday being so close to Christmas and New Year, I have to start planning now so that other parents can schedule the party in and so that we can decide which one of our many ideas from our big folder of Birthday ideas we shall go with.

Last year we went with a Princess theme and we wrote special invites in Modern olde English (which we wrapped as a scroll and hand delivered to the other Princesses who were invited) inviting the girls to come in Princess dress. We spent the week before the party preparing the house... 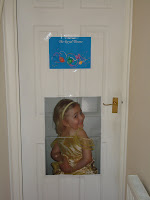 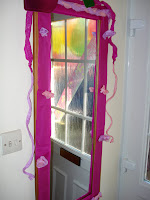 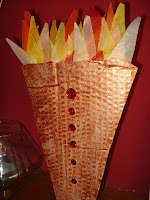 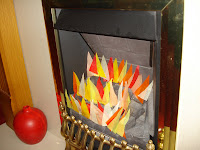 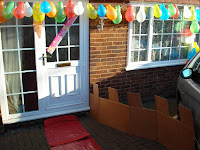 We had Princess themed party games such as Snog the Frog, (which was my version of Pin the Tail on the Donkey) Decorating Princess Crowns, Decorating Cupcakes, Colouring in, Royal Pass the Parcel to name a few!

This year we decided to go with a Bag and Bear party theme and are holding Top Ender's party at The Bear Factory (hence the bear in the theme title) and we are going to make special bags for the party favours to go in (and there is the bag mentioned!), but I can't mention much more in case Top Ender's friends or their Mummies are reading as we don't want to spoil the surprise!