This is a special post by Top Ender, (Oh No it isn't! Mummy stop adding things and Oh Yes it is!) Mummy has typed what I have told her to say, but she has added pictures and stuff. Mummy also wants to talk at the end. 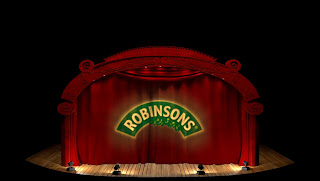 Last week we finished up our bottle of Blackcurrant that we had been given by Nanny B. On the label it said that I could Put on a Panto. I know all about Panto's as Mummy has told me about them as we are going to go and see Cinderella at the Milton Keynes Theatre as part of the Have A Lovely Time series "The Great British Panto, 2009". 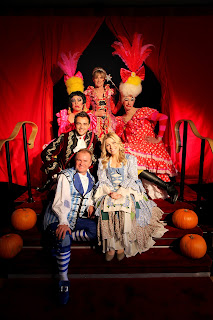 So I got Mummy to take me to the website that is here and followed all the steps to get my own panto of Snow White. I thought that as I was going to see Cinderella that I should do another one, and I like Snow White. 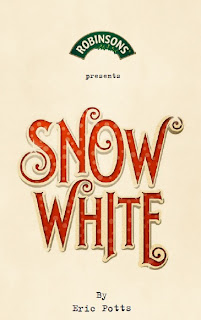 I asked Mummy if she would be the Beautiful Evil Queen as I would be Snow White and I was going to phone up Daddy at work and ask if he would be in my panto too, but Mummy pointed out that even with us all playing a part we still wouldn't have enough people and so I would need to ask some more people. 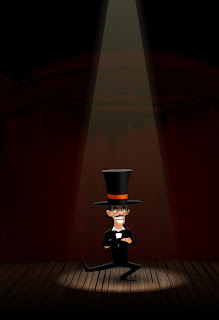 I thought about this for ages and then decided that I would play all the parts using puppets! Mummy is going to help me make the puppets and a special theatre made out of a box, which she said we would paint red and white stripped like a Punch and Judy tent. I decided that if I used the laptop in my tent, I would be able to use the Autocue 5000T to do all the voices, and that way I wouldn't have to worry about not being able to read the script. 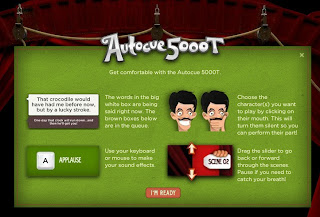 I am really excited and Mummy said she will record our Panto so that we can send it to Nanny B at Christmas as it was her bottle of Juice that gave us the idea! I am off to draw my puppets!

Mummy here (Boo Hiss!), Top Ender is really excited about this Panto and so if I can I will edit a small amount to be shown on here in the run up to Christmas... but you might need to wait until Daddy is around as I have no clue how to do it!

The Robinsons Website is great and Top Ender was easily able to navigate it, and understand what she was supposed to do. I would recommend it to anyone (in fact I already have in the School playground) and if you think outside the box like Top Ender it is easy for those who are younger to be involved in the Panto production too!
Christmas Funny Review