When Parents and Teachers disagree 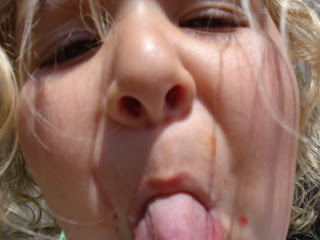 In general I trust teachers. I don't go in and question every little choice that they make (even though sometimes I wonder!) and I tend not to take up their time unless I feel it is really needed (I won't stand bullying) or a parents evening has been scheduled.

In the parents evenings I take notes on what is said, ask questions about Top Enders progress, what can be done to help her at home and generally show an interest in her and her school life.

I felt that the teachers and I were a team.

Then a few weeks ago I was summoned to a classroom along with around twenty other parents where a teacher explained that our children were being put on to a special course to boost confidence and was just the same as the other children were doing, but they would get some really simple homework each week and did we have any objections to this if so speak now or forever hold your peace.

I didn't speak up then because I knew that Top Ender does suffer from confidence in her school work. She will often tell me that she can't do something, when I know that she can.

In her reading record book I have even written that Top Ender needed to be "tricked" into thinking the book she was reading was a lower level than it really was before she felt able to read this one quite wordy book. And she did then read it without any hesitation or mistakes.

So when Top Ender came home last Monday with spellings made up of two letters I got a little angry. Anyone that follows me of Twitter knows that Top Ender has been getting five out of five on her spellings for the last few weeks and the words are a lot harder than two bloody letters.

I decided to speak with Top Enders teacher about the spellings and why they were different for the children on this course as opposed to the other children in the class, but it was too late that evening so I went online and looked up this programme that Top Ender had been put on. I even downloaded the teacher lesson handbook.

The ELS programme is for children who are falling behind in reading or writing according to the levels set for children in year one.

Top Ender isn't falling behind in reading or writing according to the reports and parents evenings I have had and in some areas is reaching the levels set for children in year two. I was angry.

The following evening after School I asked Mrs Wise Owl why Top Ender had been put on to the ELS programme. Mrs Wise Owl made a few generalisations about the programme and repeated that it was a confidence building programme and looked at me as if I were a parent who thought that their little angel could do no wrong, when clearly they were.

I countered this look by explaining that I knew all about the ELS programme, what it was for, what it hoped to achieve and that I had a copy of the Teachers Handbook at home.

Mrs Wise Owl looked a bit sick. Eventually she explained that Top Ender had been put on this programme as she didn't always form some of her letters correctly and during a test piece of work they had spotted these errors.

I felt a little sick as I realised that Top Ender has been stopped from doing her normal work for twenty minutes a day and taken out of lessons because she sometimes doesn't form some of her letters correctly.

I asked Mrs Wise Owl why instead of putting her on this programme they simply hadn't asked me to go over this with Top Ender at home.

Mrs Wise Owl looked at me as if I was stupid.

Mrs Wise Owl looked at me as if I were a new breed of parent, or I had a third arm growing out of my head.

I explained that I wanted to revoke my permission for Top Ender to be in this programme and that as Top Ender learnt best from repetition that perhaps it would be best if I went over with her at home.

Mrs Wise Owl asked me not to remove Top Ender from the programme until the end of term, so we could see if the course was helping her or not and that she would look at Top Enders school work to see if there was improvement.

She then asked if I was happy with this.

"No, I'm not." I said "but I will go along with it until the end of term as long as you send home with Top Ender the proper spellings each week that I will test her on."

Mrs Wise Owl looked at me suspiciously but agreed and handed over the spellings for the week.

Am I right to expect to be included in Top Enders education?
School