Where is Top Ender?

- November 17, 2009
Last week Daddy took Top Ender to school one morning as they were having a good discussion and wanted to carry it on.

During the day I spoke with Daddy on Instant Messenger several times. More than likely about silly stuff like a shower curtain he had seen, or maybe how much thin mucus your nose produces every day (4 pints I am told, yeah I know that is disgusting!).

I'm not really sure though because we waffle a lot and the days all merge into one long waffled conversation, rather like the ones we have when he comes home at Midnight and I am asleep and don't realise until an hour later that he is in bed and I say something like;

Well who else would be in my bed? Jeffrey Dean Morgan or Javier Bardem? (A girl can wish can't she?!) On a side note, don't they look similar? I also see a little of Nick Knowles about them, who my Mum and Sister met in a pub once, but I am digressing... 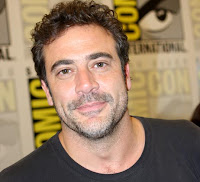 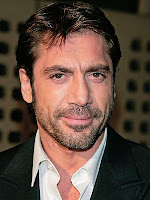 So Top Enders Teacher comes to the cloakroom door and the class starts to file out. They come out in alphabetical order, so I know I have a couple of minutes and so I carry on talking to High Heels Mum.

Then I realise that the children coming out are from the next class.

No problem Top Ender is probably having problems with her coat or trying to find a missing glove I think to myself.

Then I realise that the children coming out are from the third and last class.

Suddenly I realise that I don't know if Top Ender got into school that day because I didn't take her. What if Daddy dropped her off at the Gate, but then she decided to walk to town instead of going in to school? What if....

I catch Mrs Wise Owl's eye and she mouths something about Top Ender. So I have a moment of relief followed by confusion as I don't lip read all that well and she either said that Top Ender was inside or she didn't come to school. Thinking on it maybe I do have great lip reading skills, but Mrs Wise Owl needs to work more on bettering her mouthing words so people can understand them skills...

I walk down to the door and Mrs Wise Owl says that Top Ender is in the medical room as she accidentally bumped a table corner in a delicate area.... well they are at the same height!

Top Ender was fine sitting in the medical room discussing kittens with another little girl who had also been in some scrape just before home time. She was handed over to me without question (because apparently we look alike!) and we went off home... but now I always check that Daddy has deposited Top Ender into the school when ever he has taken her and we IM during the day!
Funny School