The End for Magazines

- February 15, 2011
When I was younger (my early teens) I would always buy More because I thought it was so grown up, I mean there was a feature about Sex every issue! As I got older there were a few magazines that I would buy, but as I worked in a Newsagents for many years I normally used the place as a library and read them whilst I was working! Of course I do have a rather large pile of Gardening magazines, Food Magazines and Christmas Magazines that I have had as gift subscriptions over the years and I do occasionally pick up magazines that are work related (need to keep up to date with the industry) and I always pick up the free magazines in Supermarkets, but the last time that I actually brought a magazine for me to read? Well, I think it was one that I was in... and that was a good couple of years ago! 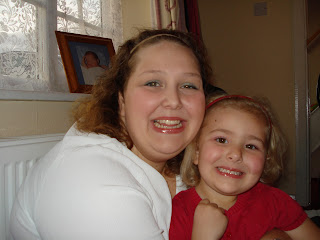 I feel too old now for magazines like More, and I feel too young for Magazines like Prima. I am really not interested in Celebrity gossip and if I wanted to know about how "My Dad Ran off with My Aunt's Mother In Law" or "My Uncle is My Brother" I would just look at my own family first (seriously we could fill a magazine with the stories in our family or give the Eastenders writers a run for their money) or watch Daytime TV. Then there is the cost. Most magazines cost an arm and a leg and I am not sure really what I am paying for especially when some of them have more adverts than articles in!

Top Ender and Baby Boy both buy comics or Magazines every so often. At the moment they are normally persuaded by what the free gift is on the front, but I can see Top Ender scanning magazines for mentions of her favourite teen stars, for articles that interest her and sometimes deciding that she has to buy that magazine instead of the one with the free toy. Of course a lot of my reading time is spent reading blog posts and digital newsletters. The wide variety of posts and views is far more interesting than a lot of magazines and I don't think any of you are charging me to read... but there is still something about holding a glossy magazine in one hand and a drink in the other and taking some time out to read something that interests me.

What do you think? Will Magazines slowly die out as it is feared that Newspapers and Books will? What Magazines do you read? Why do you read those Magazines?
Family Life