I didn't think I was that boring - Mummy Giggles

- February 04, 2011
I am sure that I am not the only person in the world who when they are watching TV multi-tasks and also plays on the internet. This was what was happening last Sunday when I was watching PS I Love you and I saw a Facebook update from my sister that made me want to call her. When on the phone we chatted about the issue which was making her feel bad and then I decided to cheer her up by sharing some funny stories that had happened since we had spoken last. 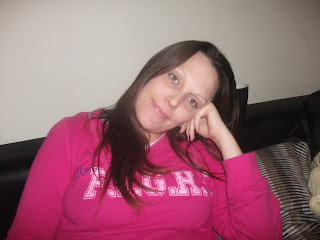 I told my sister about the nits that I had (itchy!!!) and I told her about Baby Boy telling me what I had to choose, I told her an amusing joke Top Ender had told me and I told her a funny story about Daddy talking in his sleep. I was laughing but couldn't hear my sister giggling along with me.

It was then that I realised that the other end of the phone was all quiet.

"Kitty?" I asked tentatively
There was no answer.
"Kitty are you okay?"
Again there was no answer. I was a little worried now, I knew that the line wasn't dead so where was my Sister?
"KITTY! ANSWER ME! I shouted

That's right my own sister fell asleep talking to me on the phone. Shall just have to strike her off the birthday gift list!
Funny