- August 03, 2011
The team at Dairylea arranged for tickets for us to go to Camp Bestival, which was very kind of them indeed.

Early on Friday morning Top Ender, Daddy, Big Boy and I piled in to our stuffed car to travel down to Dorset for Camp Bestival. We were excited to be going to a Festival together as a family, to be camping together as a family for the first time (instead of just Top Ender and Daddy) and also we quite like Dorset thinking it to be a very pretty area. The whole journey and setting up camp area could be described as easy with only one minor melt down when I couldn't set up the supplies tent because I had forgotten which way the poles went! 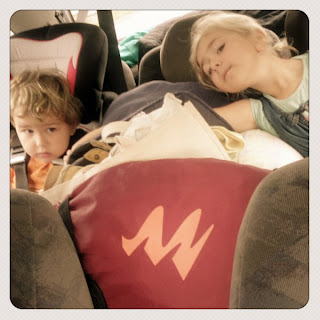 The whole event was amazing from start to finish. Like Emily from Baby Rambles, I haven't got the words to describe how awesome it was but lets just say having 10,000 adults and 5,000 children altogether in one place is quite an achievement. Everyone was so friendly, there were a few people that I must mention though; 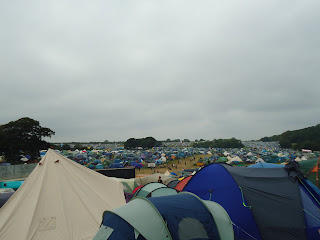 Looking out over a sea of tents I was reminded of the Quidditch World Cup camp description, especially with the green glow from near one of the staging areas in the Magic Meadow! I don't know if the people who go to Camp Bestival are just Über friendly or if there was real magic in the air, but by the end of the festival I could quite happily book tickets for next year, even though it would mean beans on toast for breakfast, lunch and dinner for the next six months in order to save up! 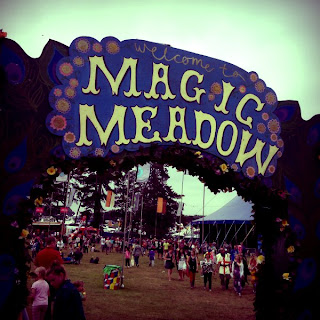 Camp Bestival is aimed at families with young children, and as such the entertainment for them was fantastic. On Sunday they got to shout BOGEY at Dick and Dom, see the ZingZillas (somehow despite hating them to start with the children have grown rather fond of them recently) and MISTER TUMBLE!!!! 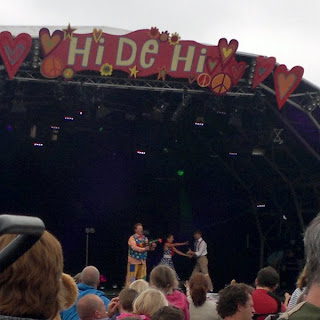 Justin Fletcher is a fantastic entertainer and I know I said that I would like to be his *cough* friend *cough* but I really do mean it now. I think I have a teeny bit of a crush...

In all honesty if you haven't been to Camp Bestival or you have ahh-ed and umm-ed about going then don't hesitate any more. As soon as tickets for 2012 go on sale book them!

*Someone yelled ALAN in the middle of the night from a tent, this then reverberated all around the campsite all weekend. Nobody is believed to have found Alan and for all we know he might still be in a field in the middle of Dorset wandering looking for his tent.