- March 05, 2015
The children and I eat together most nights and we eat a mixture of childhood favourites and what I consider more grown up dishes. The children have slowly learnt to appreciate the dishes that I prefer and have started to request meals that are more grown up and even suggest combinations of sides and main dishes that I think shows an amazing understanding of flavours and depth and other things that people on cooking shows mention. 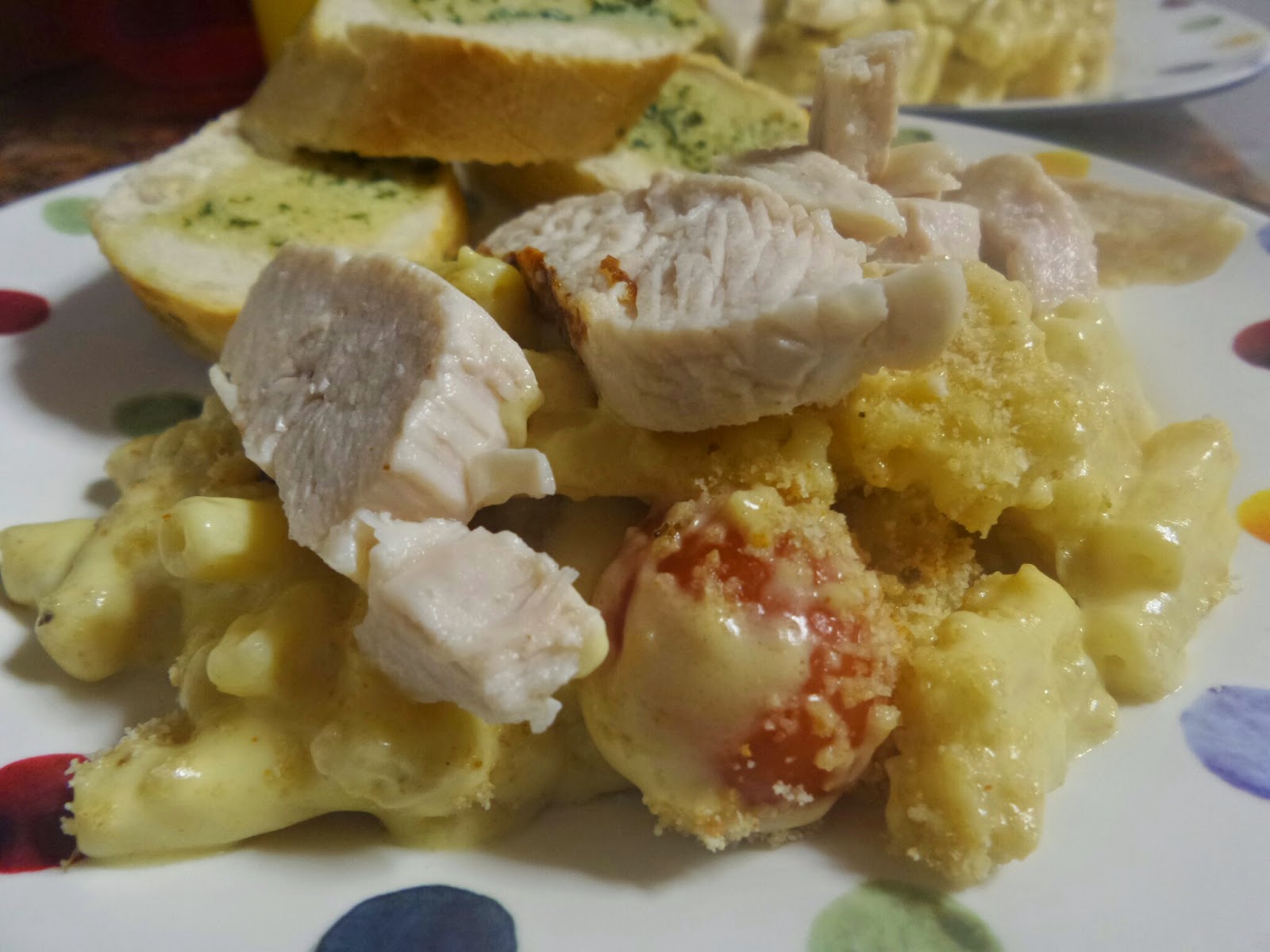 Bernard Matthews asked if I'd like to try some recipes using their Turkey Chunks, they had three meals that they though the children and I might appreciate and so I said yes, as that also meant three less ideas that I had to come up with and to be totally honest, three meals I didn't need to buy.

The first meal we made was Cajun Crumbed Turkey, Mac ‘n Cheese. This is the sort of crossover between childhood favourites (the mac and cheese part) and more grown up tastes (It's Cajun, which to me means spicy which in my children's books makes it not child friendly!). Whilst I was making the cheese sauce, I tried it and realised that it was way too spicy for my children's tastes so added some more cream to relieve the heat. Luckily it worked and I knew that the children wouldn't refuse the dish just because the first taste was too spicy for them.

I mixed the tomatoes, pasta and sauce together, but because the instructions I had missed the turkey out I forgot to mix the turkey in... Ooops! I added the crumb topping (a little less Cajun spice and a little more breadcrumb to even out the spice level to something I hoped the children wouldn't turn their noses up to) and put it into the oven. 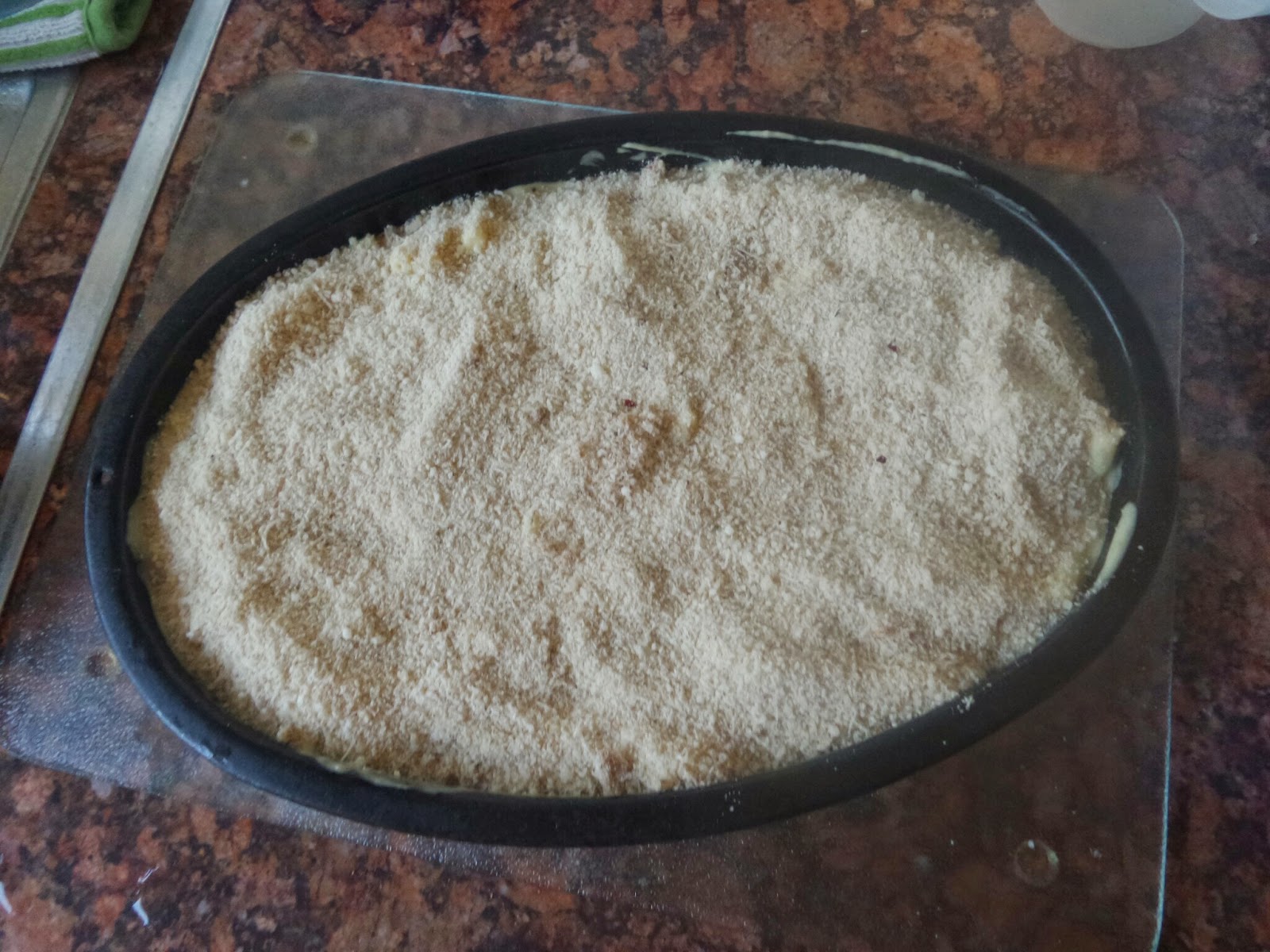 When it came out the oven, the dish was the same sandy colour it was when it went in, so I quickly tossed it under the grill to brown it up a little. 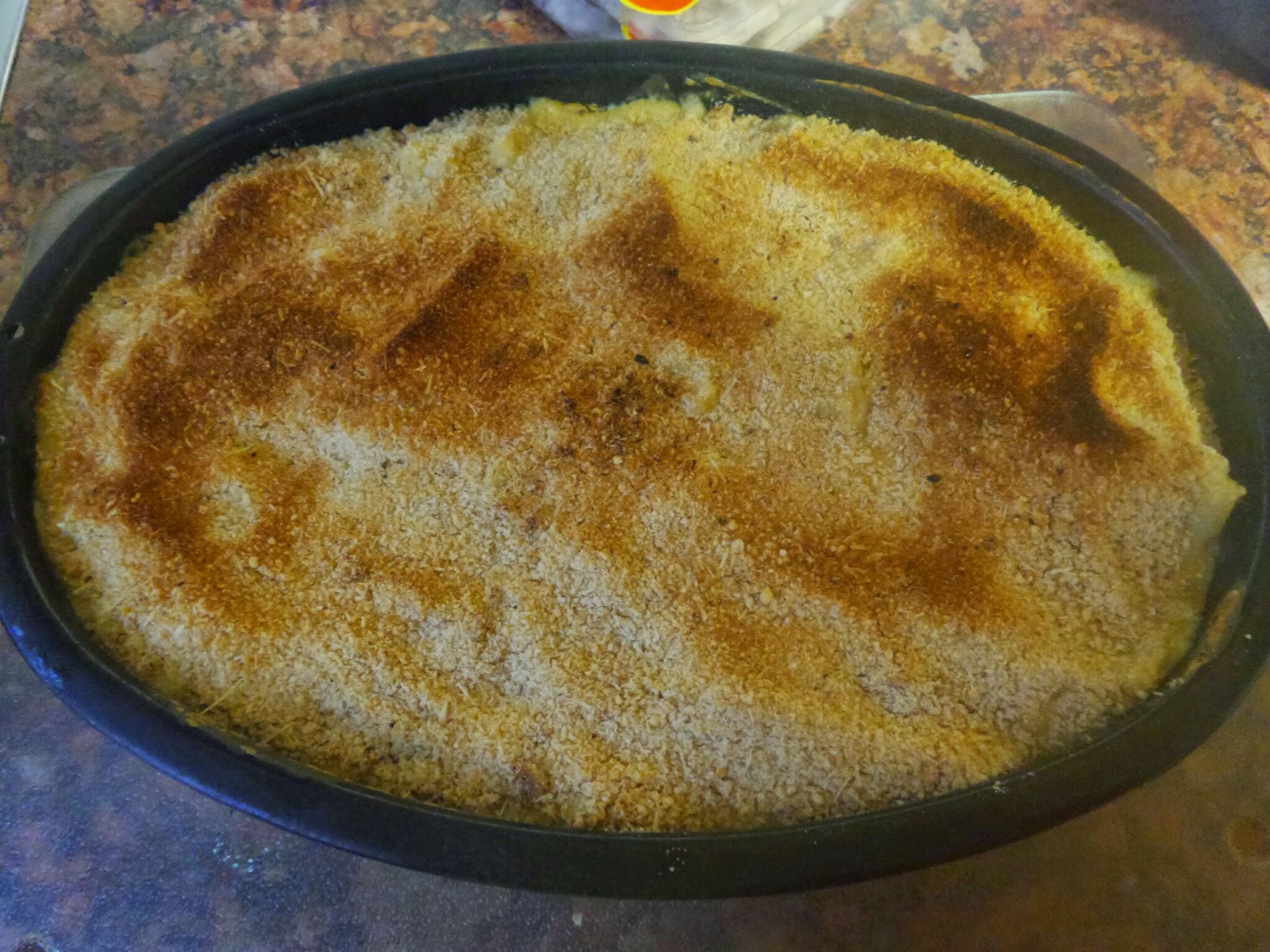 I thought it looked much nicer that way. Don't you?

Our verdicts on the dish was that it was okay, a more positive side of okay than just okay but you know what I mean. The children both thought that it was nice, it was different, the spiciness was interesting and added something, as did the crumb topping, but it wasn't anything that we would rush to have in the future... well apart from next week because then we're going to be eating the leftovers that I've frozen.

Which brings me to a very important note if you're making the Cajun Crumbed Turkey, Mac 'n Cheese. When it says serves six, along with a side salad and garlic bread what it means is serves six very hungry adults.


We were sent all the ingredients needed for this recipe.
Food Main Meal Review