- March 06, 2015
The second dish that Bernard Matthews thought I might like to cook using the Turkey pieces, was a Turkey Tikka Masala. This went down well with Top Ender who has recently been converted to the delights of a Curry night (once a week, normally a Saturday) after being assured that the Tikka Masala was the one she liked (she thinks the Korma too sweet) and Big Boy was kinda told to like it or lump it...  It's okay, I knew that if he didn't eat the actual curry that the side dishes would fix things and mean he liked the meal! 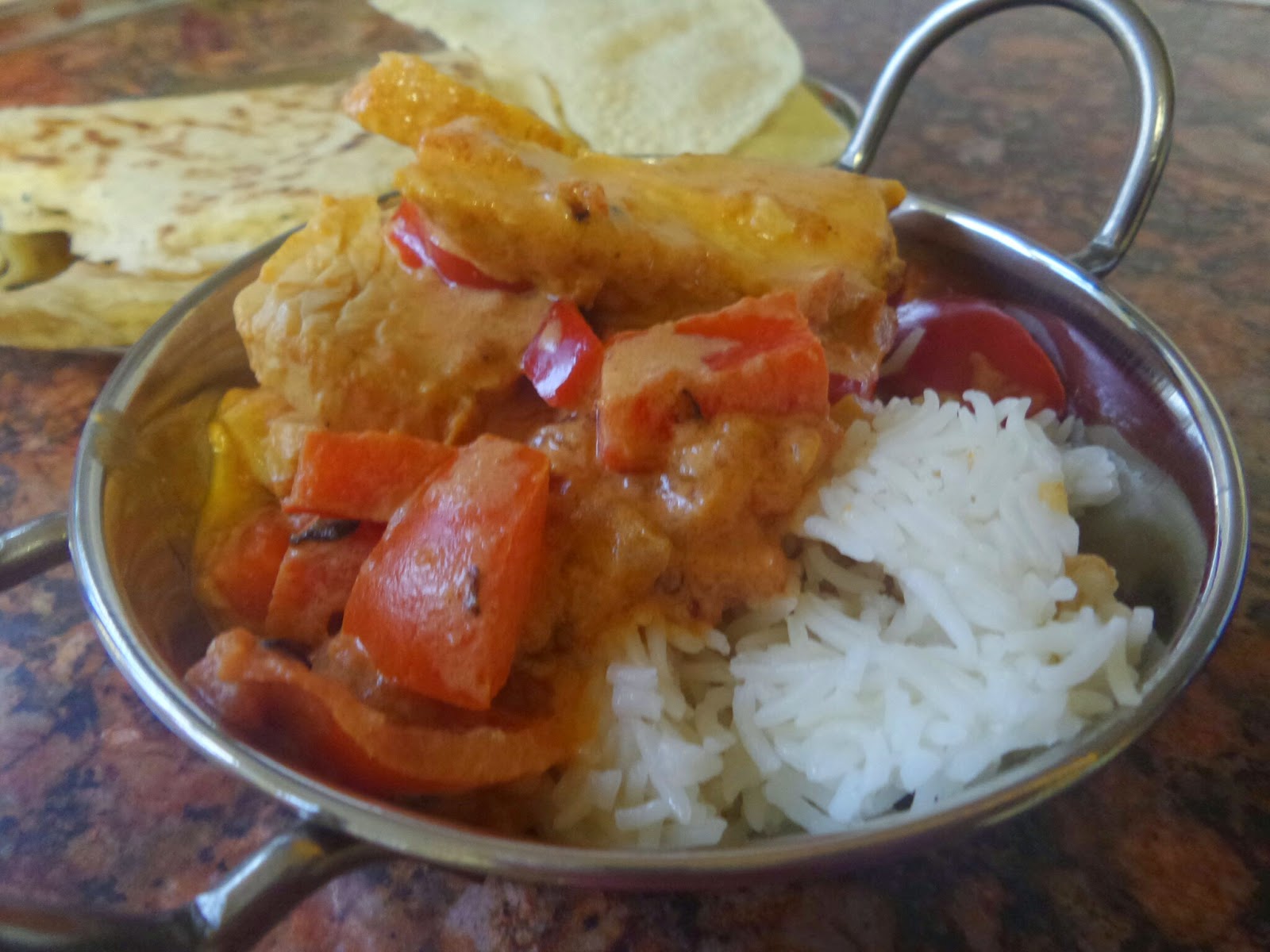 I cooked the meal and this time ensured that the recipe reminded me to add the Turkey pieces and soon found myself rushing around the kitchen trying to get dinner on the table before I had to rush BB off to Beavers (we were about ten minutes late, but meh it's one of those things!) and send Top Ender to her friends house to hang out whilst BB and I were out.

It was with great surprise, that I found that BB had finished his curry and rice before Top Ender and was asking if he'd been given enough insulin to cover a second helping! We were running late for Beavers at this point, so I told BB to grab the poppadom and naan bread and that he could eat those in the car and I'd give him a second helping when we got home if he still wanted it, as actually he only been given enough insulin for one serving.

When we got home, the first thing he asked for was his curry!

Top Ender was also enamoured with the curry and having had a slightly large fit portion that BB wasn't after seconds, but did ask me to make it again. Which honestly I probably will because it was a really simple recipe and throwing in the precooked Turkey pieces for warming through is a great time saver, especially on nights where I'm rushing off to after school activities (which is actually three nights out of five!).

A few hours later Daddy got home from work and had some of the leftovers for dinner, everything in the meal was gluten free (well bar the naan bread, but the children and I had taken care of them!) and he also thought that the meal was lovely, and thought it might have been spicier than the children would have accepted, but they explained to him that they had eaten it just like he had.

We were sent the ingredients for the meal and the cool bowls and trays you can see the food on!
Food Main Meal