The Last Week of March

- March 30, 2015
Okay, so I know that technically this isn't the last week of March, because there are extra days that don't fit neatly into my four week months... but just pretend with me okay?!

The Last Week of March


The week started with Top Ender being picked up from my Mum's home, as she had spent the night. Top Ender is really close to my Mum and loves her treats of staying over, although I think it has more to do with the fact that Tops is allowed to watch almost anything on TV and stay up really late if she wants. As normal. we went shopping that Saturday afternoon and had our evening meal together before we all went to bed... I promise despite what Daddy says I did go to bed!

Sunday was a beautiful day and so the children grabbed their scooters and Daddy and I took them to Campbell Park, where we went for a nice long walk together. 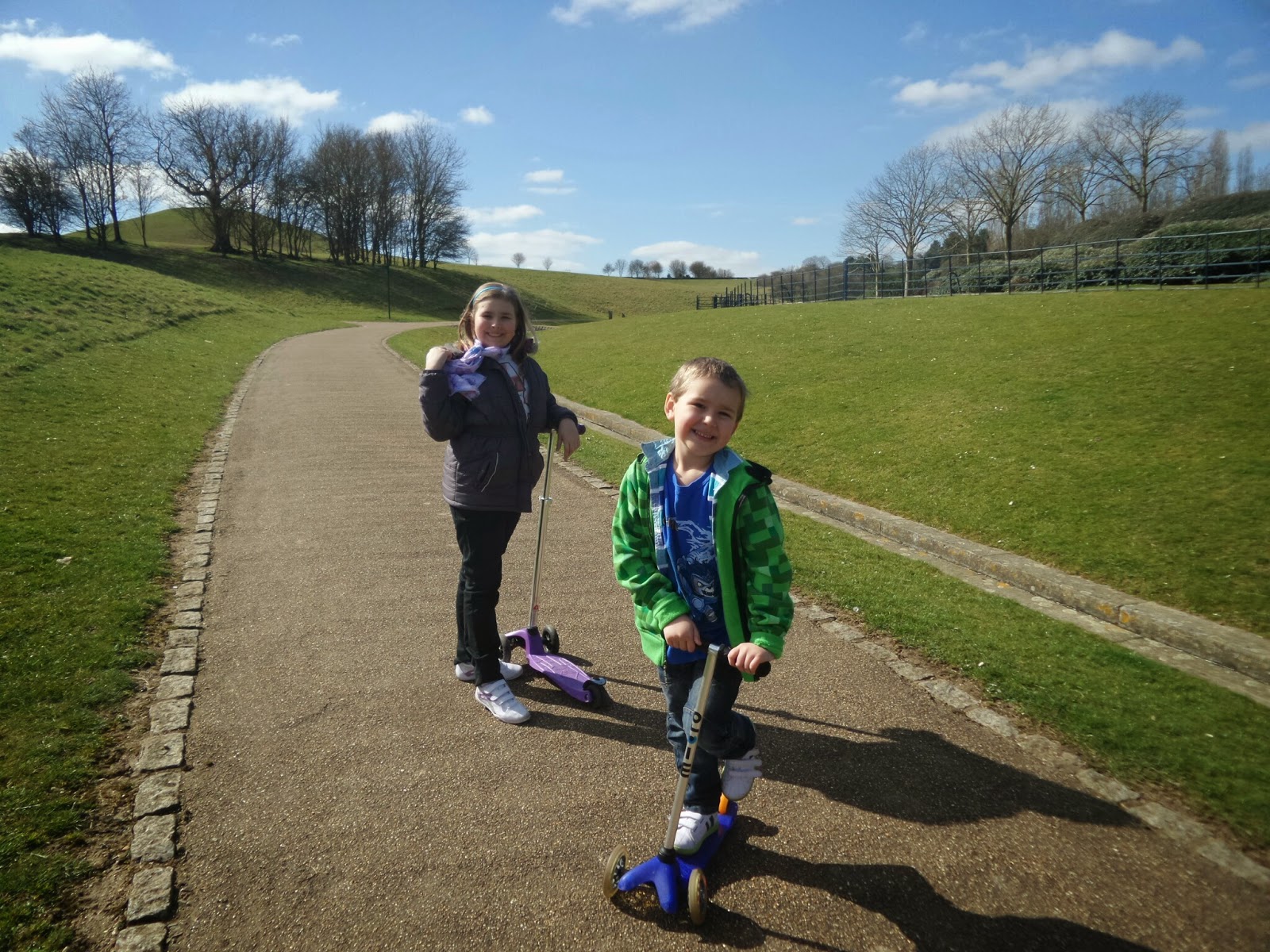 That afternoon Tops and I were at Church and a small accident occurred where Top Ender got her fingers stuck between two chairs, when one got moved and her fingers got a bit smooshed.

I had been conducting at the time, and Top Ender had been sitting in the front row so I was treated to the full horror of Top Ender screaming and the slow realisation of the child who had just moved the other chair. I ran Top Ender down to the bathroom, where I ran her fingers under cold water (I figured it was the next best thing to ice) and basically just hugged her whilst saying a prayer for comfort and quick healing. A few minutes later, Top Ender's hand was nice and numb and I was able to examine her fingers and see there was no damage.

We decided to go back to Primary and Top Ender came to sit next to me and the rest of the Presidency to carry on being hugged. It was at this point that I moved my chair to move it closer to the chair Top Ender was sitting on and trapped my fingers in the gap! A few of the children thought I'd done it on purpose and a few had a giggle at how stupid I'd been but, blimey that hurt!

Monday had me at the hospital (read about it in Crystalised Awesome) and Tuesday had me off getting some shoes from Hotter at the store in Milton Keynes, which I will blog about this week. I just need to actually sit down at a PC and type! Let's just say that my Mum was rather excited about my trip to Hotter. 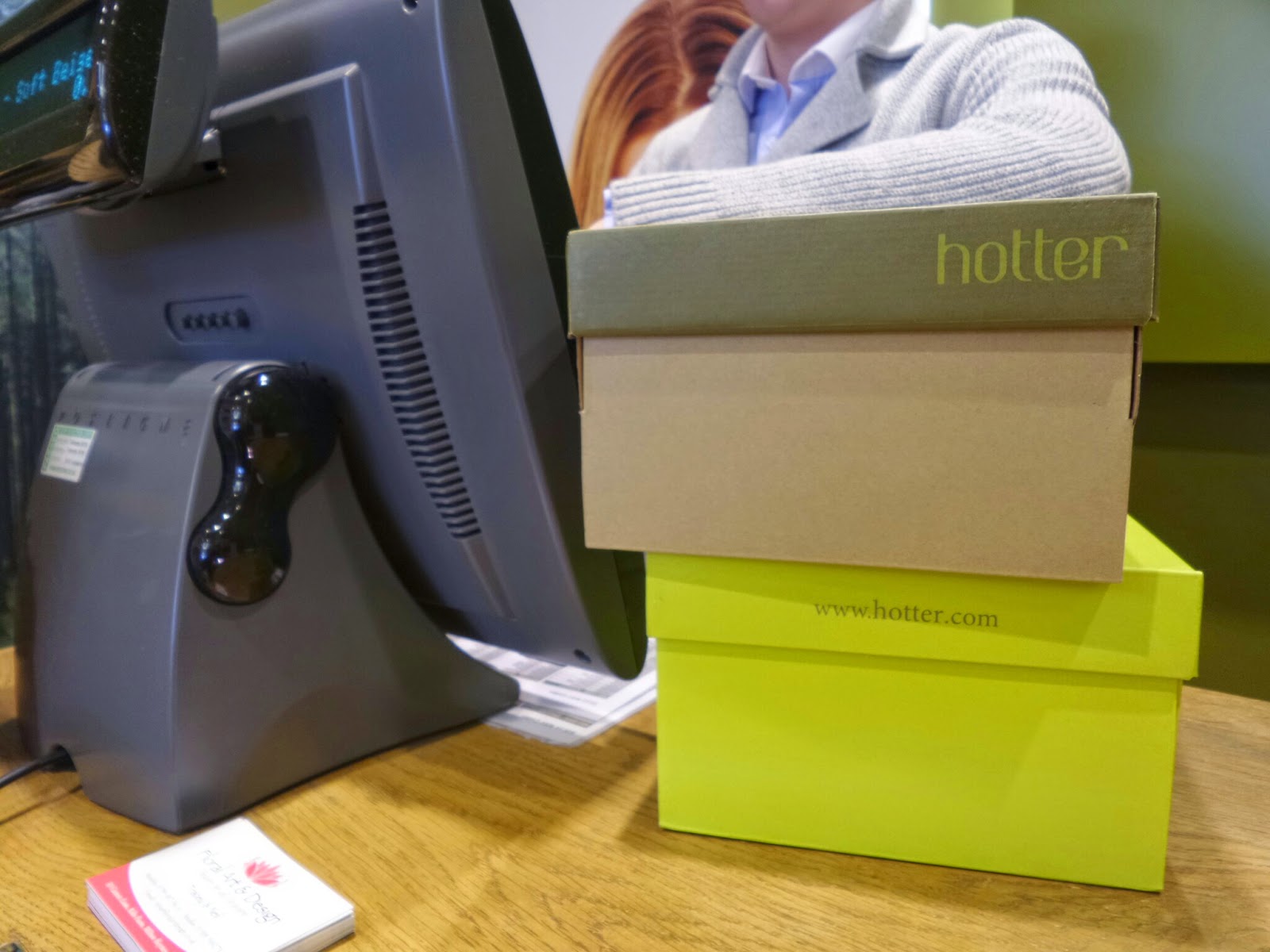 The rest of the week was a mix of School trips (Science Museum for Top Ender, Salcey Forest for me and Big Boy), homework, last days of School and excitement about Easter!

The Last Week Of March Has Had Me Decluttering


My bedroom. Basically for the last few months, there has been a big basket in my bedroom full of everything. Honestly, it was full of everything you can imagine. Books, Sewing Patterns, Mementos, Craft Items, things that should have been downstairs, or in the loft or in the children's rooms...


So this week I finally decided that what I really needed to do was sort it out. So I did. Now my bedroom looks clean and tidy and more worryingly all the junk that was in it is all put away and it took me only about twenty minutes to sort it all out! I really do need to stop procrastinating!

The Last Week of March Had Me Reading


Well, I've been reading Children's books mainly and according to the "rules" I set myself they don't count to my total for the year because they are over so quickly. Well, they are when I read them anyway. I probably should slow down reading as much as I should slow down when eating!

The children and I are reading George's Marvellous Medicine together. We take a page or two each and sit for around ten minutes on the sofa before bed each night and read and then discuss what we've read.

I'm also, and this is a big thing to admit, reading the CS Lewis series The Chronicles of Narnia. I haven't ever properly read them and we've had a box set sitting on the book shelf for years. In fact until the start of this week it was still in it's shrink wrap!

The Last Week of March Has Had Me Crafting


Nothing. Honestly, at the moment I'm so tired that I know what I want to be crafting, I just don't have the energy to do it. I think from what I've read that it could be from the gallstones that I'm feeling so tired, but we'll find out soon I'm sure.


So that was March for me. How was the month for you and yours?
Family Life