- March 07, 2015
I had put the Sweet and Sour Turkey last on the meals for the week, because for our family (okay me) the only meal worth eating is one based on Chinese cuisine. I've made Sweet and Sour dishes countless times before and the family has loved them so I figured that I would be quite good at this one, especially because it wasn't me going "hmm, I wonder what it'll taste like if I add x". 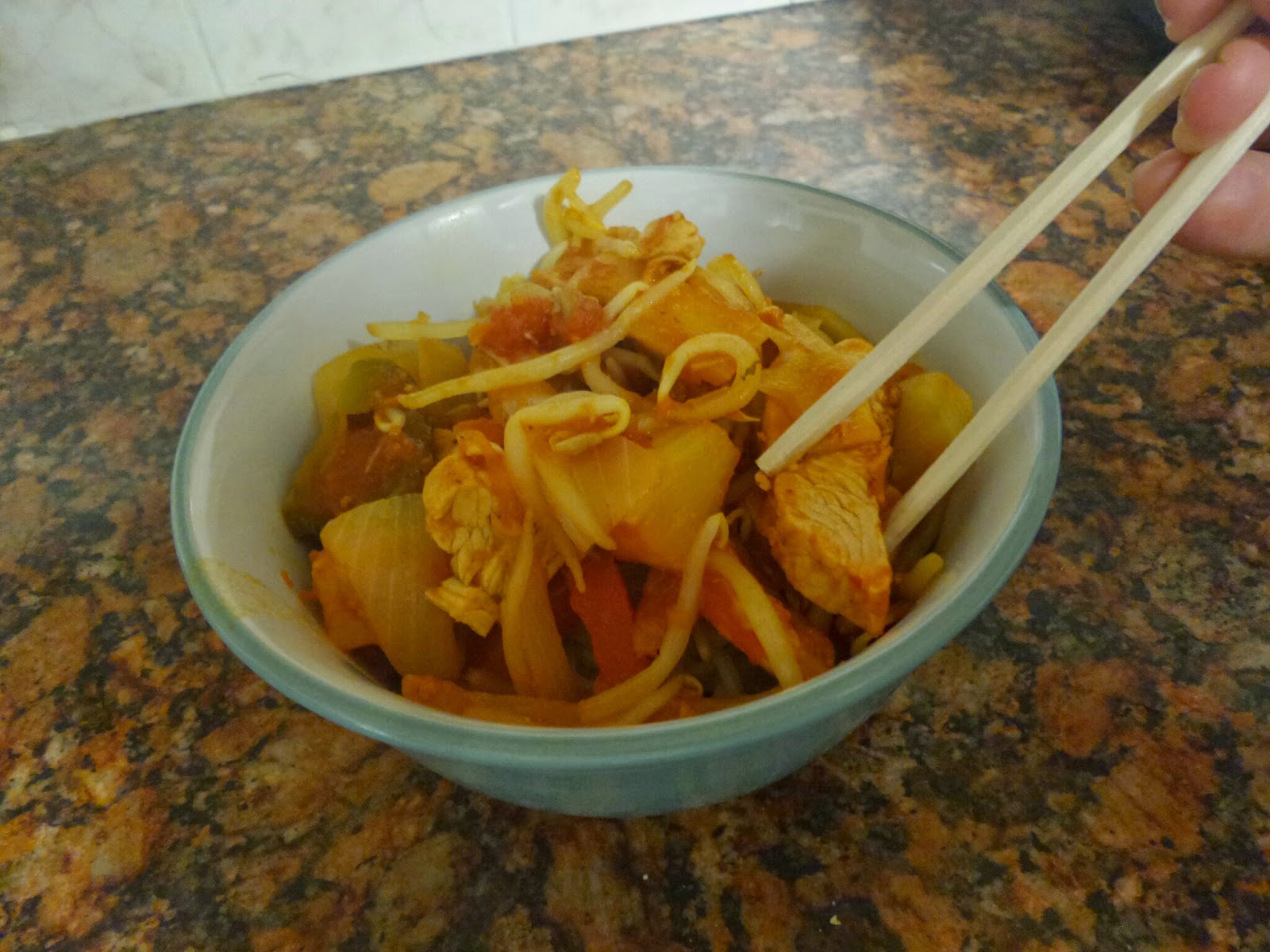 How wrong I was.

The actual prep of cutting the vegetables and draining the vegetables was easy and it was only when I was recycling the cans that I managed to cut my finger quite badly on the bamboo tin lid, but it was my own fault because I was singing Me Ol' Bamboo Dick Van Dyke stylee and everyone knows if you don't want to slice your finger off you shouldn't pretend you are Dick Van Dyke in the kitchen. I knew I was in trouble when before I could get to the plasters I saw the blood and nearly passed out! Apparently I'm only good with blood if it's Big Boy's but I didn't pass out (just nearly) and if I've not passed out after seeing blood for just under three years and so I call that a win! 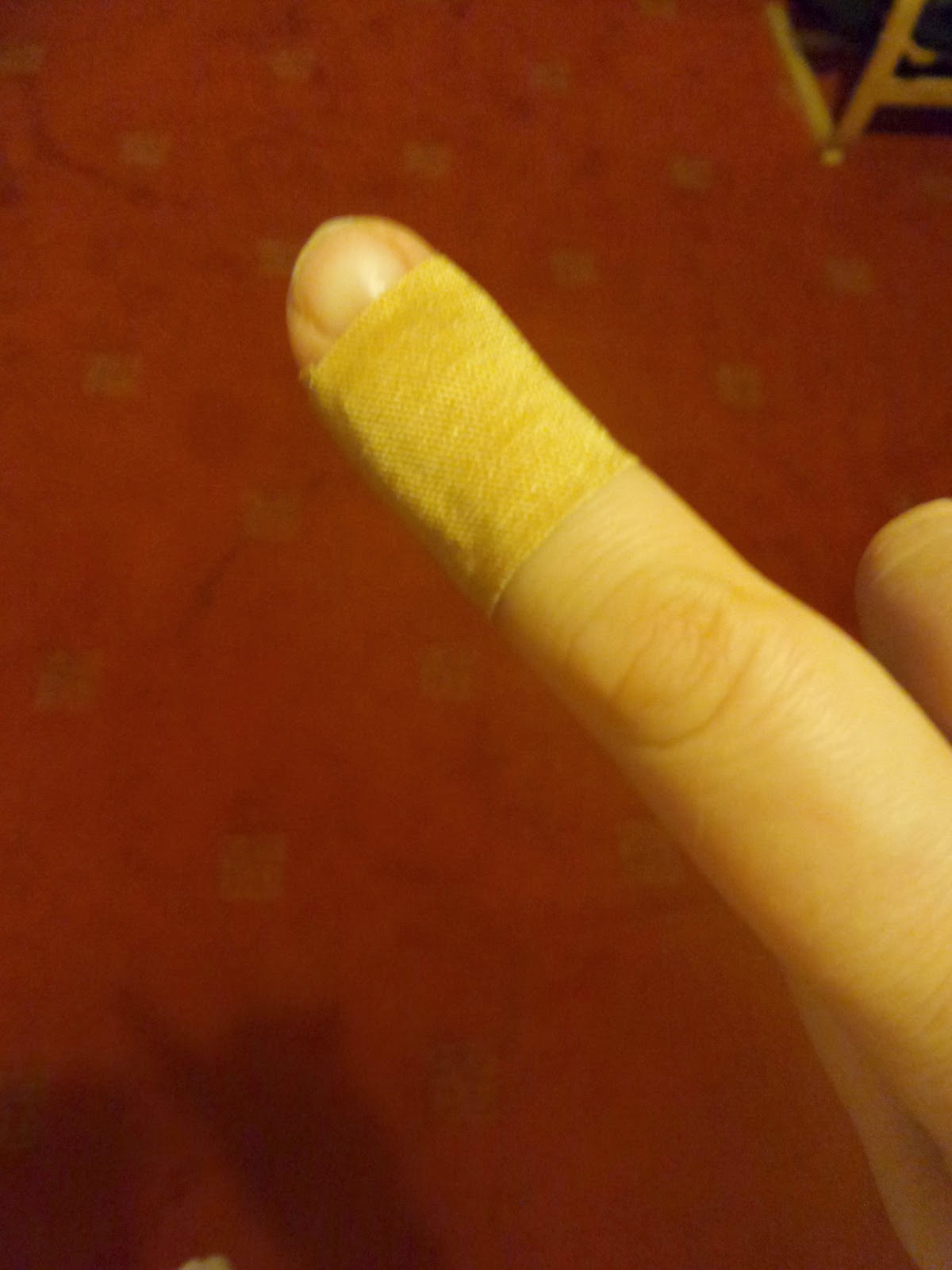 Cooking the rest of the meal was easy, even with the throbbing of my bleeding nearly decapitated finger (okay so really it was just a tiny cut but I'm a big wimp okay!) distracting me, which could be why the finished meal tasted just a little too much of vinegar and not enough of sweet and sour, as I may have added a tad too much. Then again, it might be because I didn't cook it off enough or because maybe it was because I honestly can't cook. 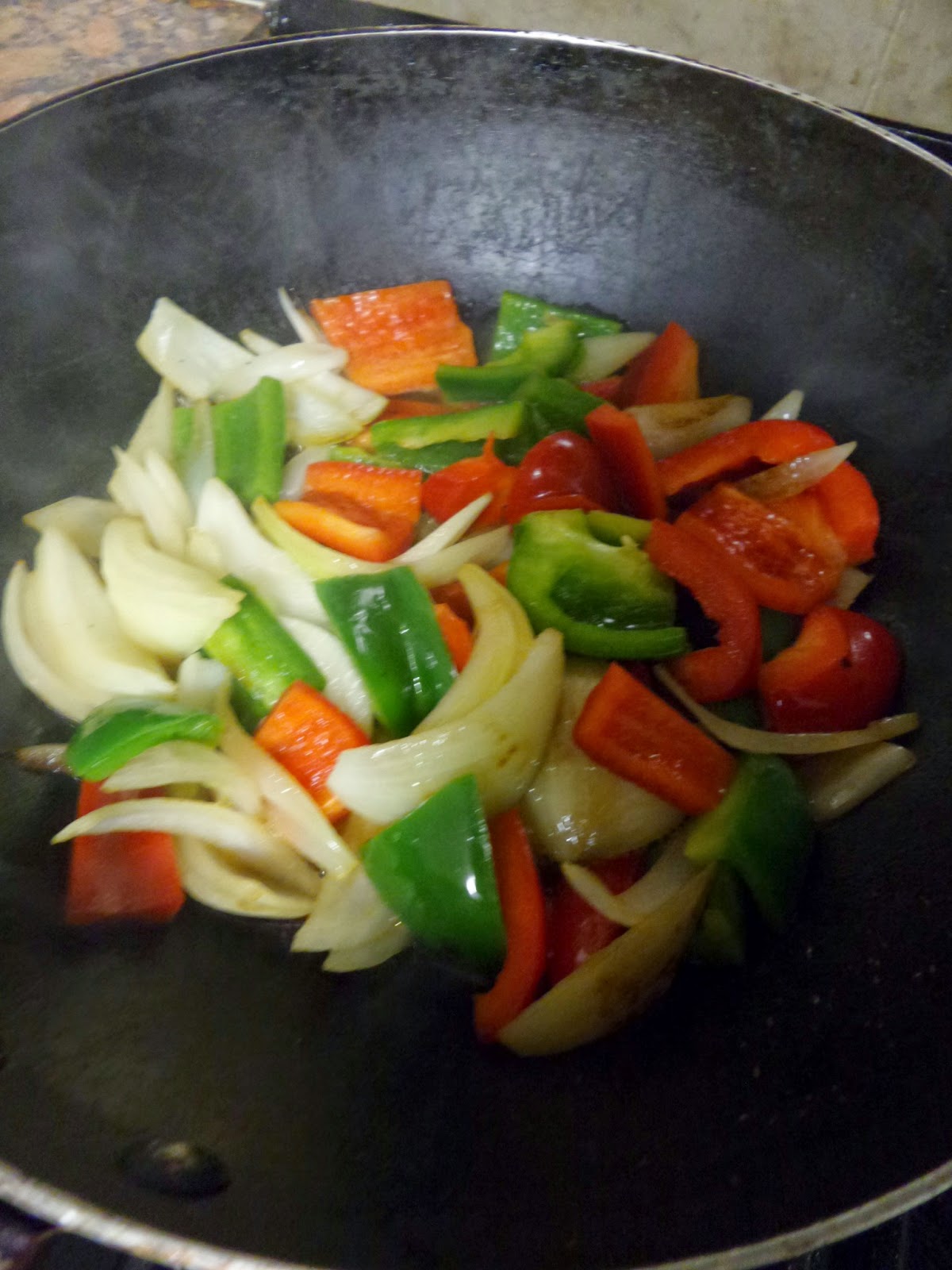 The meal looked good and for the most part smelt good, it just didn't taste good. Well that's not true, the vinegar just overpowered the meal and the children didn't want to finish it off. Luckily, having the noodles under the sweet and sour mixture encouraged the children to eat some of the dish, whilst shovelling noodles in their mouth!

Daddy and I did eat ours, but I think I'll stick with my own recipe in the future just add the Bernard Matthews Turkey pieces to save time and to add some protein.

Bernard Matthews sent us the ingredients to make the meal with and also chopsticks. Which only I was able to use, because the rest of my family just can't work out how to use them and get their food into their mouths instead of down their top!
Family Life Food Main Meal