I've learnt that she's actually really smart. I mean seriously, really smart. So smart we had to go to a special evening at her School to learn how to help her.

I've learnt that she is as determined and stubborn as I am and doesn't easily back down from a fight or from situations that she finds herself in.

I've learnt that she is the sort of girl that Grown ups enjoy being around, enjoy having as part of their lives, like to encourage her to be the best that she can be,

And then I went to the Parents Consultation.
We weren't running late.

Which is a good thing because Top Ender and I are frequently running late.

We were actually early, and so ended up taking Selfies outside Top Ender's Form Room. 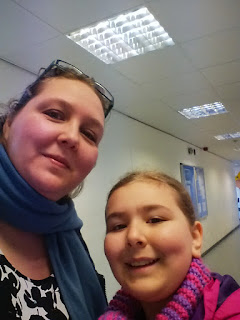 And then we met with Top Ender's Form Tutors.

Top Ender's Form tutors are a lot of fun. They really care for Top Ender, they know her incredibly well and most importantly (well I think so), they really do want what is best for her. They were very eager to view Top Ender's report as they had promised themselves they would let the students and their Parents see them first!

We opened the envelope and were very pleased to be met with a sea of green (Green is good, Red is bad on her School reports) with near perfect marks for effort in and out of class. What got me however, were the levels of achievements that Top Ender was reaching and the expected levels of achievement that they predict Top Ender to be reaching.

My girl has got herself some smarts.

I was delighted with Top Ender's report, it was amazingly good and when her form tutors took a look at it, they too were delighted. In fact, most of the consultation was spent by her tutors telling me what a great girl Top Ender is, how happy she is, how they love her, how intelligent she is, how she is just a great student and that they are so proud of her.

Then came the time for us to decide upon goals for Top Ender over the next few months.

He teachers decided that what they really needed to write down was;

Carry on Being Awesome

Apparently however, that wouldn't be appropriate and so they decided to put down that Top Ender should keep up the excellent work and grades, reach a milestone reading target (I can't remember what it was something like two million words or something similar) and something else.

I think it was to listen to her Mum more...

However, her tutors did agree with me on several small matters that Top Ender and I have been disagreeing with. Small things, which with the form tutors and I agreeing on Top Ender has no choice but to understand that we are all looking out for her and only want the best for her.

Then again, knowing how stubborn she is I doubt it very much. 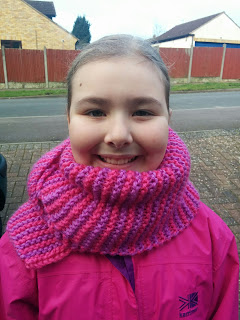