- June 04, 2018
There are lots of reasons I love my husband, I listed some of them just the other week when I told you all that I was a Lucky Lady, but there is another reason. It's because sometimes, Flyfour finds things which are just AMAZING and perfect for our family.

Dan Jon's birthday was one of those times. 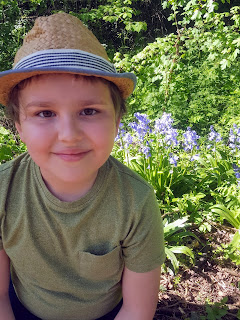 A few weeks before Dan Jon's birthday, I had planned out what we'd get for Dan Jon. Or rather, Dan Jon and I had sat together and worked out that in addition to the money he had asked for (so he could put it towards a bigger gift than any one relative/friend would buy) what else did he need or did we want to get for him!

Flyfour found something that it appeared nobody else had.

It was brilliant! Dan Jon was immediately smitten with his newest mobile device (he has a smartwatch and a mobile phone already, as well as a tablet, laptop, PC... we're a very techie family!) and was able to show it to a few friends at School, teachers and office staff.

I think I could probably start a second business selling these!
Birthdays Family Life Technology