It's in my Genes!

- October 02, 2009
Something has happened that has made me feel quite proud; Especially as I didn't set out to do it... I'm a cool and fun parent, and it isn't just me and my kids who think it! 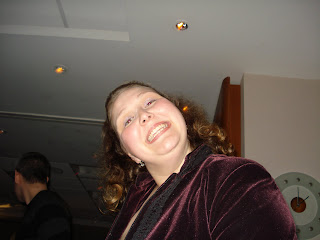 Look me being cool at ten past Midnight!
I think there must be a cool/fun parent gene as my parents were cool and from tales I have been told I think both my parents, parents were "cool" too. There are two events which stand out as being the height of cool.

The first is the Christmas my parents cleared it with my friends parents, without my friends knowing, that they could have some eggnog as part of our little party. My friends were all about the alcohol, even at the tender age of ten. The second was a sleepover my sister had where they were allowed to watch a "horror" movie (I think it was The Lost Boys). At the time my parents were renovating and there was a 4 inch gap between the ceiling and a non supporting wall. My parents standing on chairs caused more screams that night from the group of girls than a group of girls at an East17 concert...

It all started because once a week (on a Friday) Top Ender, Baby Boy and I curl up on the sofa after a special dinner of Pizza and curly fries (well I eat the pizza, they eat both the pizza and fries) and watch a movie together. 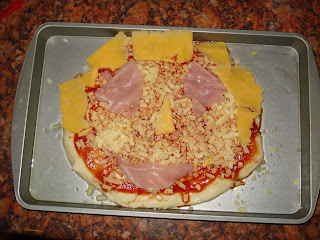 We call it Mummy-Daughter-Son Date Night.

This week we will be able to snuggle under our Slanket, thanks to my photo of me with Baby Boys PJ's on my head, but that is a story for another day. I will also have to rescue said Slanket from Top Enders bed. I haven't had a look in since she opened the parcel.

Anyway, back to the original story. One of Top Enders classmates (lets call him Ernie as he is an earnest little chap) has managed to wangle an invite to one of these nights in the near future after hearing Top Ender and I talk about it after school.

His Mum (High Heels Mum) has already told me that she is often told "Top Enders Mum this...", and "Top Enders Mum that..." and that the Christmas gifts that Top Ender gave out last year (home made shaped chocolate and lolly pops) were talked about until about Easter, so it seems that hearing about our nights in was the icing on the cake for him. 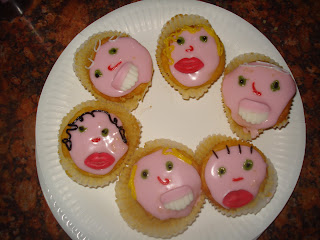 You have to admit this is pretty good icing on a cake!
I know that I previously talked about things to do on a small budget here which are things that I think are cool and in the next few days you are going to be treated to the places to eat on a small budget post, which I know Top Ender thinks is cool, but I think that I am going to have to start seriously thinking of cool things for me and the family to do... I can't lose my status now can I!
Date Night Family Life Funny