I've been reading a lot of research about weight and food as due to the wonder of the Internet everything is out there. I came across a study by The UT Southwestern Medical Centre in Dallas and found these quotes to be interesting;

"Normally, our body is primed to say when we have had enough, but that does not always happen when we are eating something good."

Now I take this to mean that if we are eating something that we should eat in moderation and are enjoying it that we over ride our sense of being full to continue eating. Interesting thought.

"Our findings suggest that when you eat something high in fat, your brain gets 'hit' with the fatty acids, and you become resistant to insulin and leptin. Since you are not being told by the brain to stop eating, you overeat."

Does that explain why I like to eat more than one cheeseburger, and not just because they are small compared to a Big Mac or similar? Or why if I have pizza on a Friday and snacks on Saturday come Monday I am starving? Apparently it does!


So the solution is to eat in moderation those fatty foods that we love but know we shouldn't eat!

But what if we have no will power?

Many Moons ago a co-worker (I call her Betty because she is a couple of inches shorter than America Ferrera and looks like her a little too) and I use to compare how much weight we had lost over the past week. Betty claimed to have no will power and had to force herself to resist temptations and plan ahead for things that were happening.

Betty did Weight Watchers and made sure that she kept enough points back to over indulge at the weekend (with alcohol!) and on Fat Friday. 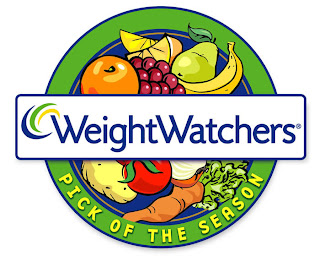 I started with being on the Slim-fast diet. Betty would often stand at my desk whilst I was drinking my shake and make comments, about how she could never do it, and did I really feel full after drinking just one shake? I would always smile and reply she could, and I was.

The truth was I didn't always feel full. I would sip the drink for an hour after my lunch break was over, as during my lunch break I would go for a brisk walk to clear my head and to stop seeing everyone else eating, but I wanted to lose weight. It was a case of will power.

But what Betty didn't realise was she was also using willpower, just a different kind. She would make sure that she ate enough to sustain herself Sunday through Thursday so that she could have a blow out on Friday and Saturday. It was will power and I borrowed this technique of hers.

Fat Friday was the term used for lunch on Friday. A group of us would go for a meal at one of the many nearby buffet restaurants, or we would send someone to Subway to buy us all Meatball Marinara's or Subway Melts and it was here that my extensive diet knowledge came in handy. Okay so it wasn't my extensive knowledge but Judith Wills, but my co-workers weren't to know that. 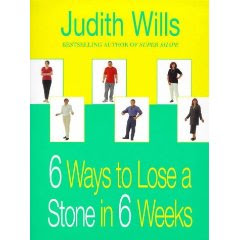 When ever I went with them I would serve small servings of dishes that had been mentioned in the book as being the better options, where as most of my co-workers would have a bit of every dish.

What I guess I am trying to say is that everyone has some will power and it is up to you how you use it. Stick a photo of you on the fridge, biscuit tin or the Internet. Only drink slim-fast, or save calories for a big blow out once a week.

What ever works best for you is the best way for you.
Weight And Fitness