The easiest way would be to put it in food and let the cat unwittingly swallow the pill, but our cats seem to have a sixth sense about pills in food and tend eat round the tablet.

So instead we have to hold the cat, put the tablet in its mouth and then gently massage its throat until it has swallowed the pill and then give them some water to make sure everything is okay. 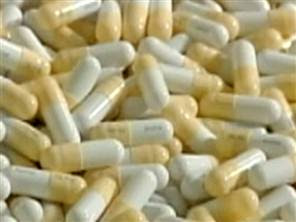 Have you ever tried to get a baby to swallow a pill?

The easiest way would be to put crush it in to food and let the baby unwittingly eat the food with the hidden pill, but pills always seem to taste bitter and after the first spoon or two the baby won't eat any more food and you are stuck with a baby who has only had half a dose of its medication.

Or at least that is what happened with the first tamiflu tablet Baby Boy had in a yogurt. Yesterday morning I gave Baby Boy sweetened porridge with a hidden pill and was on tender hooks until he had eaten it all. Which he did, because of my great impression of a fighter plane.

I needed something more easy on my nerves.

Yesterday evening I sat Baby Boy on my knee, explained to him what I was going to do and then lay him back put the pill in his mouth and quickly shoved a fruit shoot into his mouth. With a quick squirt the juice forced him to swallow the pill and the job was done.

Wait a minute? Did that really work? Apparently it did.

We'll try that one again then.

Top Ender is much easier to get to take pills. You just give her the pill dissolved in a little apple juice and she is away.

I just wish they were a little like Me. I've been taking pills since I was three as in the "olden days" they didn't make the medicines I had to take in any other form so I just knock 'em back like they are tic-tacs! 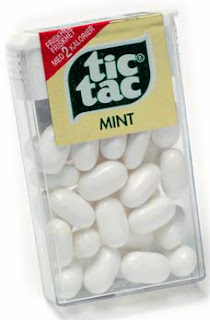