A Bank Holiday at Ragley Hall

On Bank Holiday Monday we went to Ragley Hall in Warwickshire for a Narnia "Voyage of the Dawn Treader" themed Easter hunt. Having seen pictures of Ragley Hall on the web we knew that the house was going to look impressive, but we weren't sure if the gardens were going to be as fabulous as we were expecting. The grounds had been open for a couple of hours when we arrived and there were already a lot of other families setting up camp for the day, one family was setting up a Fabric Gazebo and large BBQ! 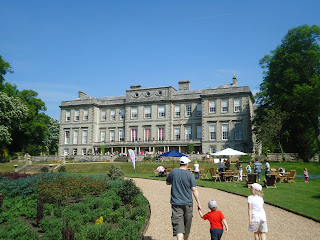 We walked round the gardens hunting out the laminated sheets of A4 which gave us the answers to our questions and now don't need to watch the film seeing as how we know the story now! We also admired some of the sculptures as we passed them... 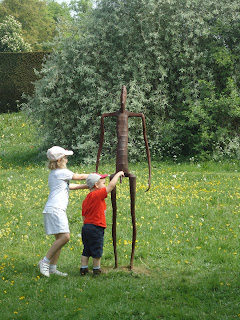 We were also able to look at the different plants in the grounds which is a lot of fun as whilst we are not great gardeners we have great taste in plants. 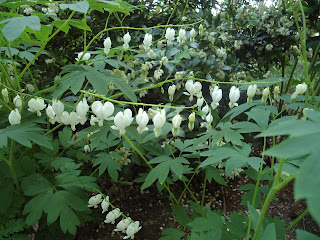 The House itself is the real home to the Marquess and Marchioness of Hertford and their children. You can walk around some of their home as it is open to the public at times and the number of stunning family portraits that are around really make you feel that you are in a real home all be it one which dates from the 1680 or so. One thing that I do think they could do better (and actually really made me feel uncomfortable and want to leave) was the way the "knowledgeable about the house women" reacted to Top Ender and Baby Boy. At one point we were snapped at about not letting Baby Boy touch a barrier because it was alarmed. Baby Boy wasn't near the barrier.

There is a Children's adventure park, and a rather cool maze which thanks to my amazing sense of direction we escaped from... Even after Top Ender, Baby Boy and Daddy got us completely lost in the middle and walking round in circles at one point!