- May 26, 2011
Sometimes I am so busy living life that I don't get a chance to do anything else (Like clean my house, or write a few blog posts, or vlog); And then there are the things that we have done that just don't seem to warrant a full blog post, but I think are quite interesting and want to share... So I decided that I would just do one blog post mentioning a few things that I could think of.

A few weeks back Kleenex sent me a parcel of Tissues as I was having a particularly horrid time with hay-fever and a cold at the same time. The tissues that they sent were the Kleenex Balsam ones which have a bit of calendula in them (my Nan says it is a Marigold!) which stops your nose going all red and stops the skin start peeling which is oh so attractive. Anyway thanks to them I didn't get the peeling nose thing and so was at least able to keep some dignity whilst dripping snot and sneezing everywhere...

Then during Lent (yeah I know that was ages ago) Green & Blacks sent me some chocolate but I couldn't eat it because, well it was Lent. I put the box up high so I wouldn't be tempted and sort of forgot about it... and then I started my diet and so I can't eat it now because you know I have lost half a stone and I just need to look at food to put on weight. However I did give them all to my Sister who can eat a million calories and not put on any weight and she is going to share them with her other half. If he is lucky anyway. She says that Green & Blacks is the best chocolate in the world and unlike me she doesn't care if they are flavoured.

We went to London Zoo with Vosene and they gave us a great time as a family doing lots of Family type things in order to launch their Vosene Families website with a cool competition to find the Vosene Family of the year. It's fantastically cool and they took a great family photo of us and so I am now all very pleased and proud of my lovely family unit. 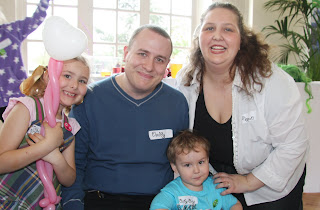 Sainsbury's and British Gas have teamed up to make Sainsbury's Energy and after they had treated BB and I to lunch at a restaurant in London they offered me a Home Energy Report. I thought it would be interesting to find out what more we could be doing, but I think I sort of stole the chaps thunder who did our review as we have almost everything you can think of to reduce the amount of energy that we use... from turning off plug sockets, not using the kettle, not putting the heating on, having individual radiator valves having both the walls and loft insulated and everything else you can think of. 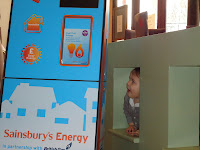 In the end he made two suggestions and that was to turn the TV off instead of leaving it in Standby and to buy a monitor thingy that he could sell me right there and then. Was a bit disappointed in the review especially when thinking that if I had paid £50 for the energy review it was just a big selling exercise and also that he didn't know that because my TV is a special clever modern one when it is on standby it doesn't have a light on and so actually only costs something like 87p a year if it isn't on.

So there you go, a few little things caught up on and now I am off to clean my bathroom.... it's looking a little green!

Okay so in full disclosure mode, I got free tissues, free chocolate, a free day at London Zoo (with some really lovely Gluten free food) a free energy report and love from my sister for the chocolate I gave her!
Family Life