- January 07, 2013
Today when Big Boy went to School he asked me to look after Thomas, his invisible child, and Pom Bear. It's quite hard to take pictures of Thomas (what with him being invisible and all) so Pom bear has been on an adventure so that when Big Boy gets home from School (in the next ten minutes or so) he can see what he has been up to. 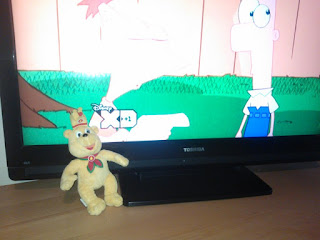 Then Pom started to climb the stairs for some reason. 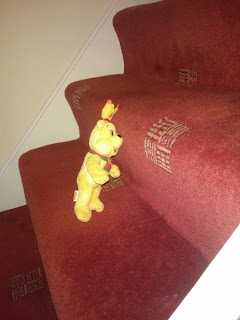 We soon found out it was so he could slide down the bannister. 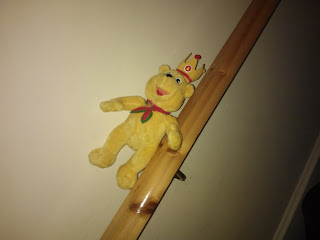 It was time for lunch and Pom decided to make a pizza. 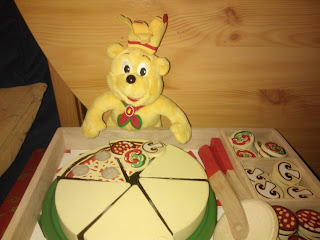 After lunch Pom tried a spot of tight rope walking. 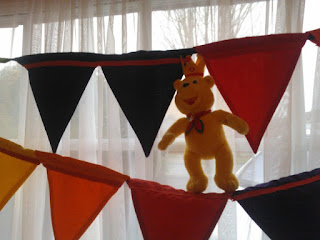 And soon discovered he needed a drink to calm down with. 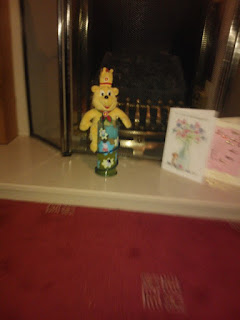 A nice read with Turtle kept the mood mellow. 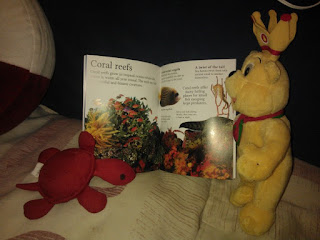 And a game of hide and seek lasted for ages as Thomas and Pom both hid instead of one of them seeking! 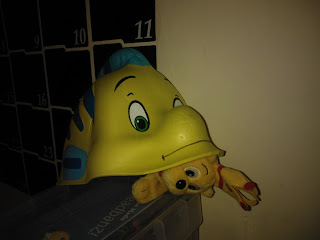 Pom decided to smell the flowers when he came out of hiding. 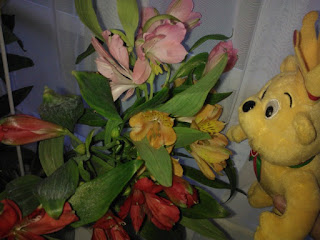 The flowers reminded Pom that he was missing Big Boy, so he stared at a photograph for a while. 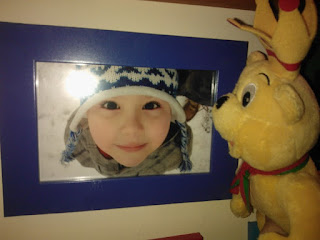 Pom jumped on to the Computer so he could blog about his day. 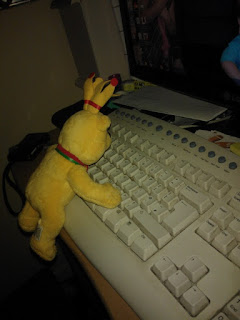 And then Pom decided to sit in the window to watch for Big Boy coming home. 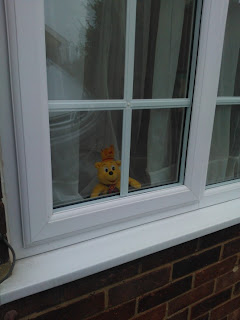 I think that it looks like Pom and I had a great day and I hope that Big Boy feels the same!