- January 10, 2013
In the DIY theme of the day, I thought I'd share with you the latest art project I've been working on.

When we were in Scotland we collected several dead shells from the beach that were soon to be smashed from the in coming tide. Natures waste is beautiful in this instance and we wanted a natural souvenir to remember what was a great holiday. I had an idea of putting the shells (once washed) into a shadow box frame and making a display for the bathroom.

Firstly I washed all the shells, to get rid of bits of sand and general grime. I left the shells to air dry and in the mean time got together everything else I would need. I brought a Large Ribba Frame from Ikea, a pack of Sandpaper, some Super Glue and a large glass of water.

As I didn't have enough shells to completely fill the frame, I cut the Sandpaper to the size I wanted (to fit in the frame) and glued it to the cardboard mount the frame came with, so sand could show through between the shells. I then lay out the shells that I wanted to use and tried them in different positions, until the design pleased me. 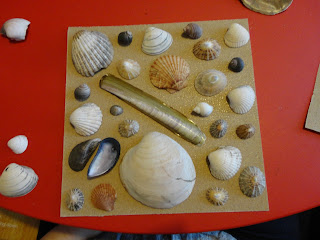 Then I got to work glueing around the edges of all the shells before firmly placing them back into position on the sandpaper. I held them firmly for a few seconds to make sure they were going to stick and not because I had glue all over my fingers and was stuck to the shell (okay, so maybe that happened once). 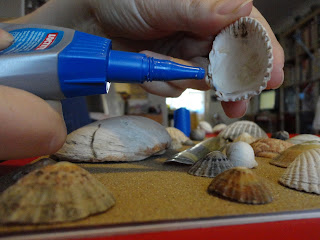 I did start doing the shells in one corner and working my way round, but I got bored and ended up glueing random ones which was a nightmare as I couldn't remember what I had or hadn't glued already! Once I was finished, I let the glue set for a few minutes before putting the finished art work into the shadow box so that I could admire it and send out a Tweet and a Facebook Status about how much I rocked. 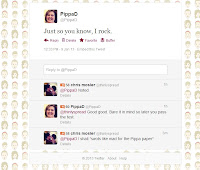 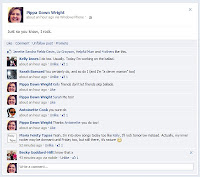 I hung the new art work in the bathroom (with my newly laid floor it almost looks like a new room) and have waited for my family to notice. I still don't think they have noticed. 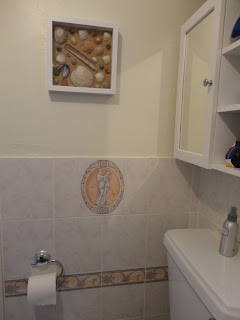 What do you think? Have you made something similar?