- October 23, 2014
When the box of craft items arrived from Craft Merrily and Bostik I was super excited, surely this would be the month that I looked in the box and someone had handily written a sneaky note giving the children and I some ideas of things to make with the brilliant craft items. I eagerly opened the box and found out that, no. They hadn't.

It was quite late when I opened the box, the children were in bed and as I sat on my bed looking through the items and hoping for some inspiration when I started fiddling with a piece of wool whilst watching TV and ended up somehow without thinking about it, creating a pumpkin! 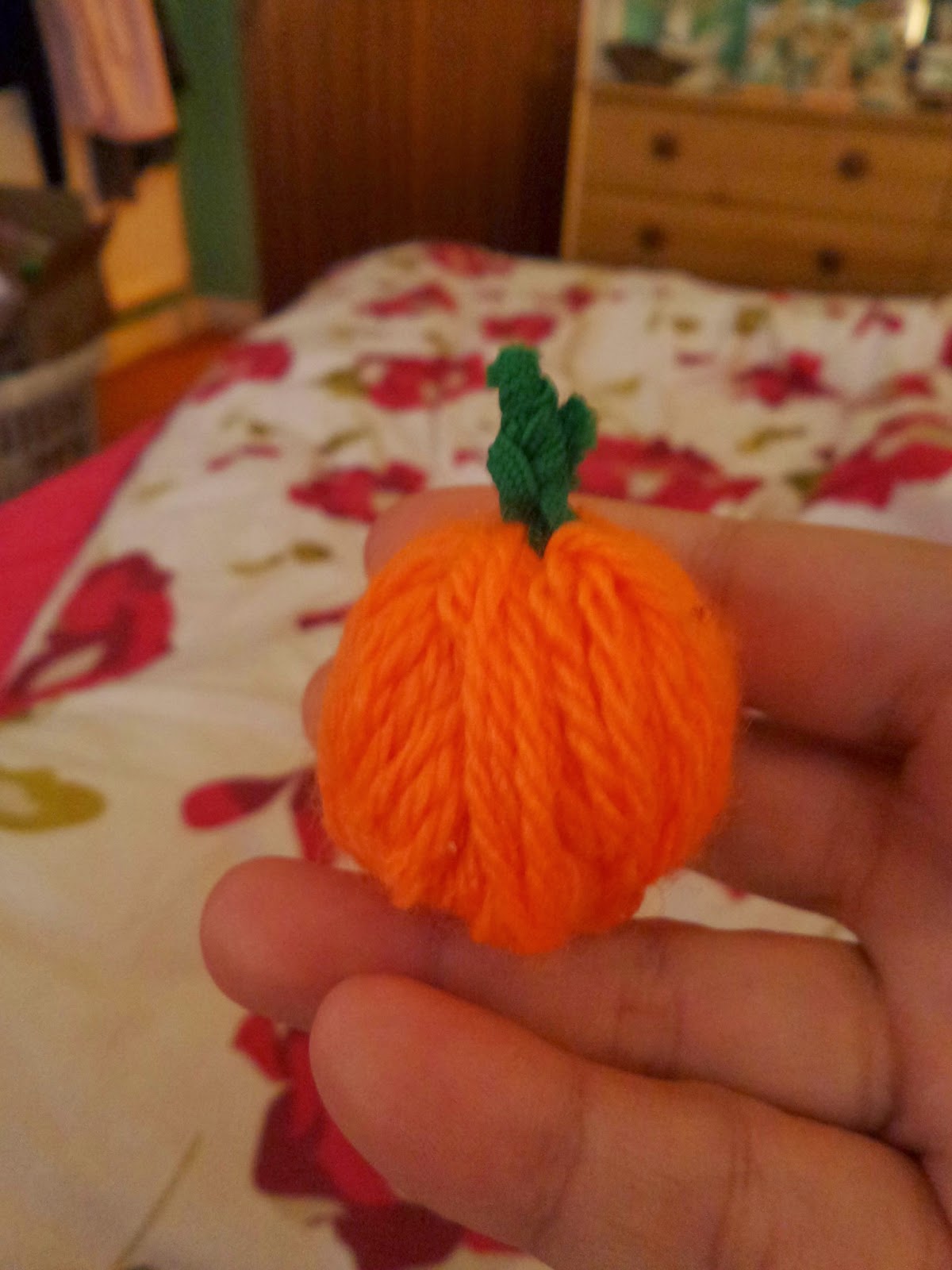 I was so proud of myself. I had no idea how I made it, but working "backwards" I figured out that I had been sort of making a pom pom and had been wrapping the wool round a wedge of cardboard. I'd then used a little part of a pipe cleaner to fix the bottom together and a little binding to fix the top together and create a stalk.

I'm going to let my hands do more crafting without engaging my brain in the future.

The other thing that I managed to do was create a little monster leaf, by sticking eyes to a leaf, using the glue pen. This craft took on new meaning the next day when a few other bloggers decided to borrow my idea and they created monster leaves with their children. 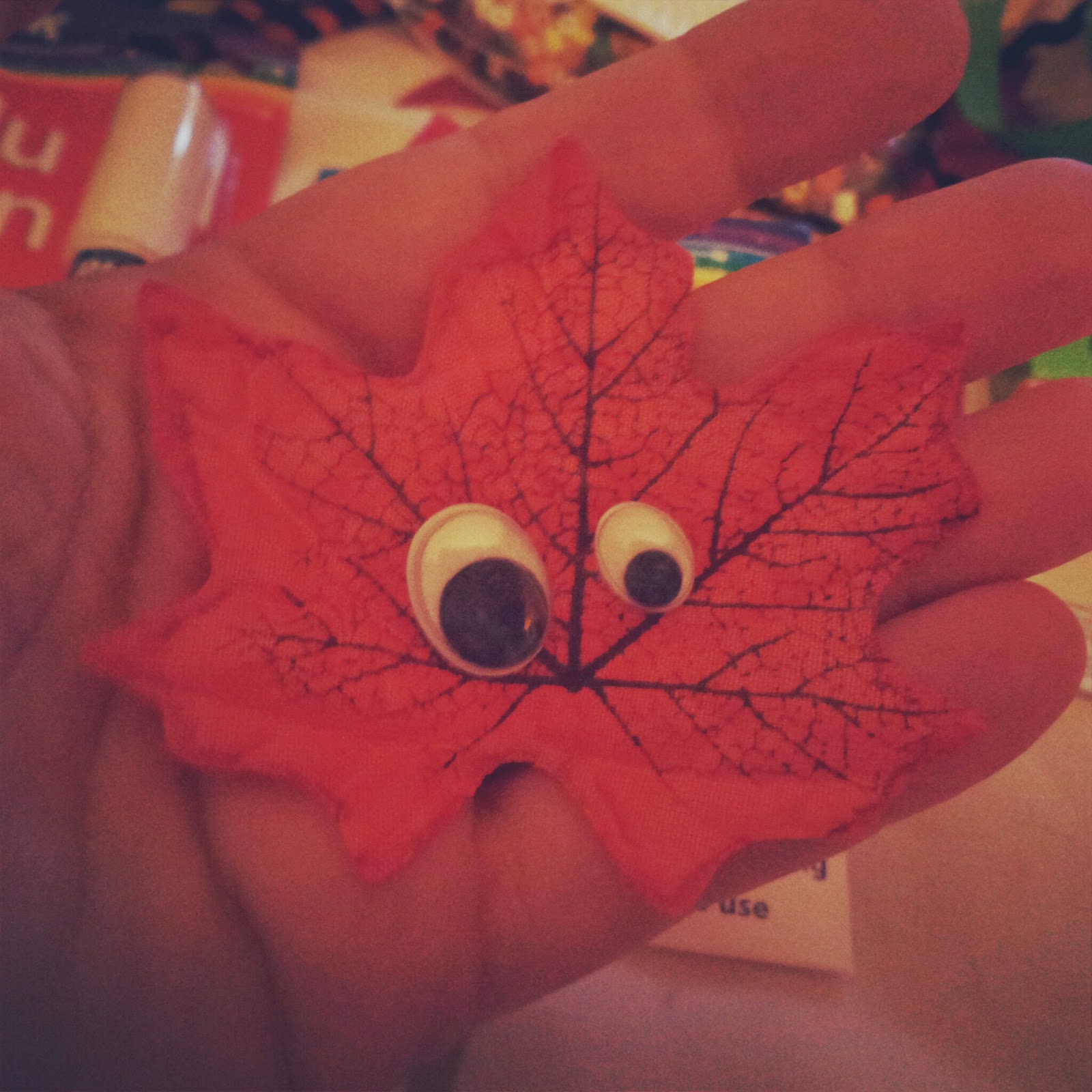 I'm so pleased that my little joke to brighten up the children's lunch, caused inspiration in others. I feel like my work is done. 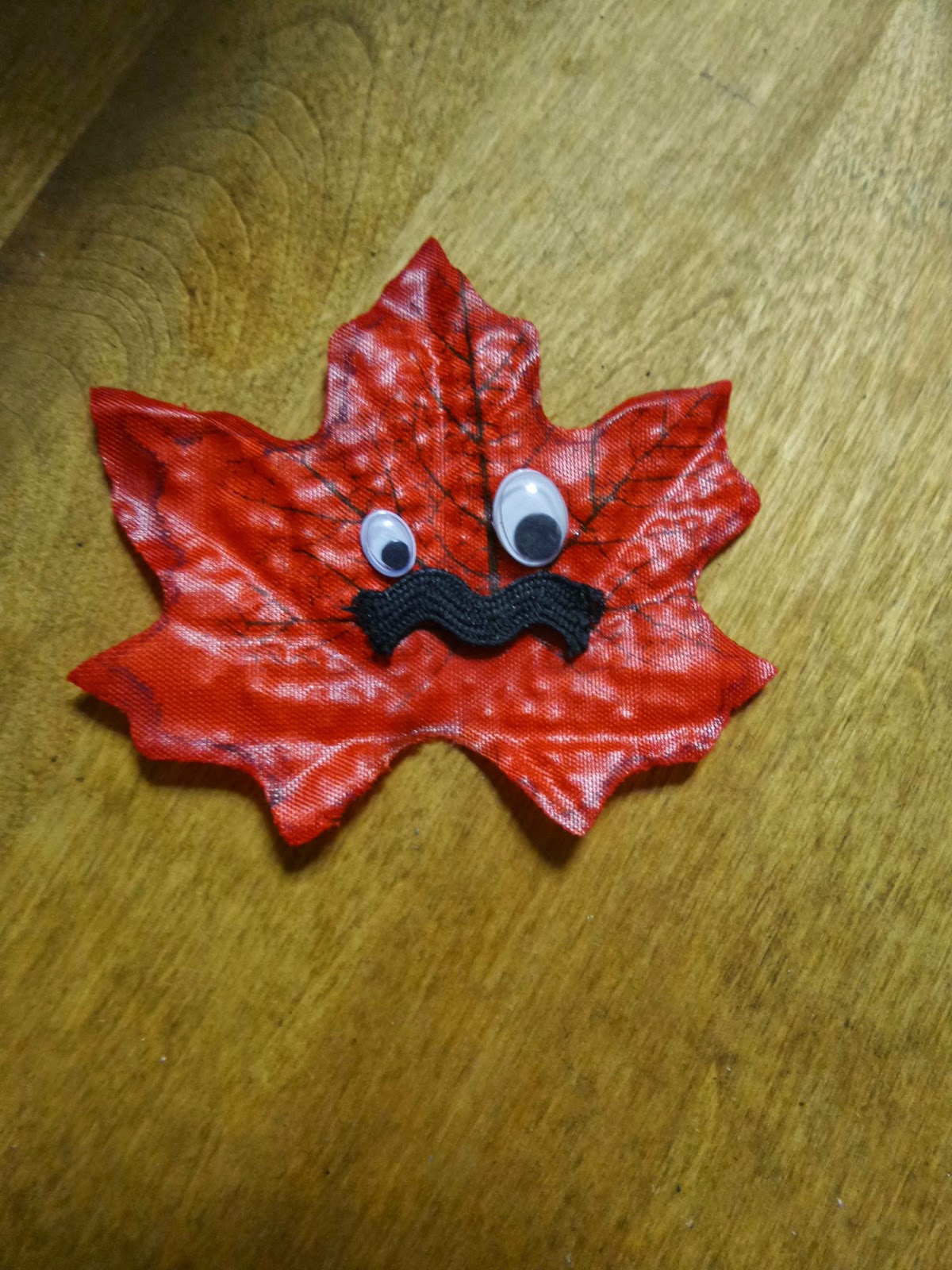 And of course I can't finish this blog post without mentioning the spooky eyes that I made using Bostik Glue dots and a cheap set of lights from a £1 shop...

They are being turned into something rather spooky for Halloween, so watch this space!

We were sent the items as part of the Bostik Family Craft Bloggers Network.
Craft Halloween Review