- October 15, 2014
Earlier in the Summer, I started getting ready for Christmas, by getting Daddy to put a power socket on the outside of the house ready for our newly acquired Christmas lights. I had planned that within a couple of weeks of having put the socket on the house to have got the Christmas lights out and have worked out how I could hang them and to have put the hooks in the relevant places. Somehow though I got distracted and it was only just this past week that I finally tackled the huge pile and tangle of lights in my garage and worked out what went where. 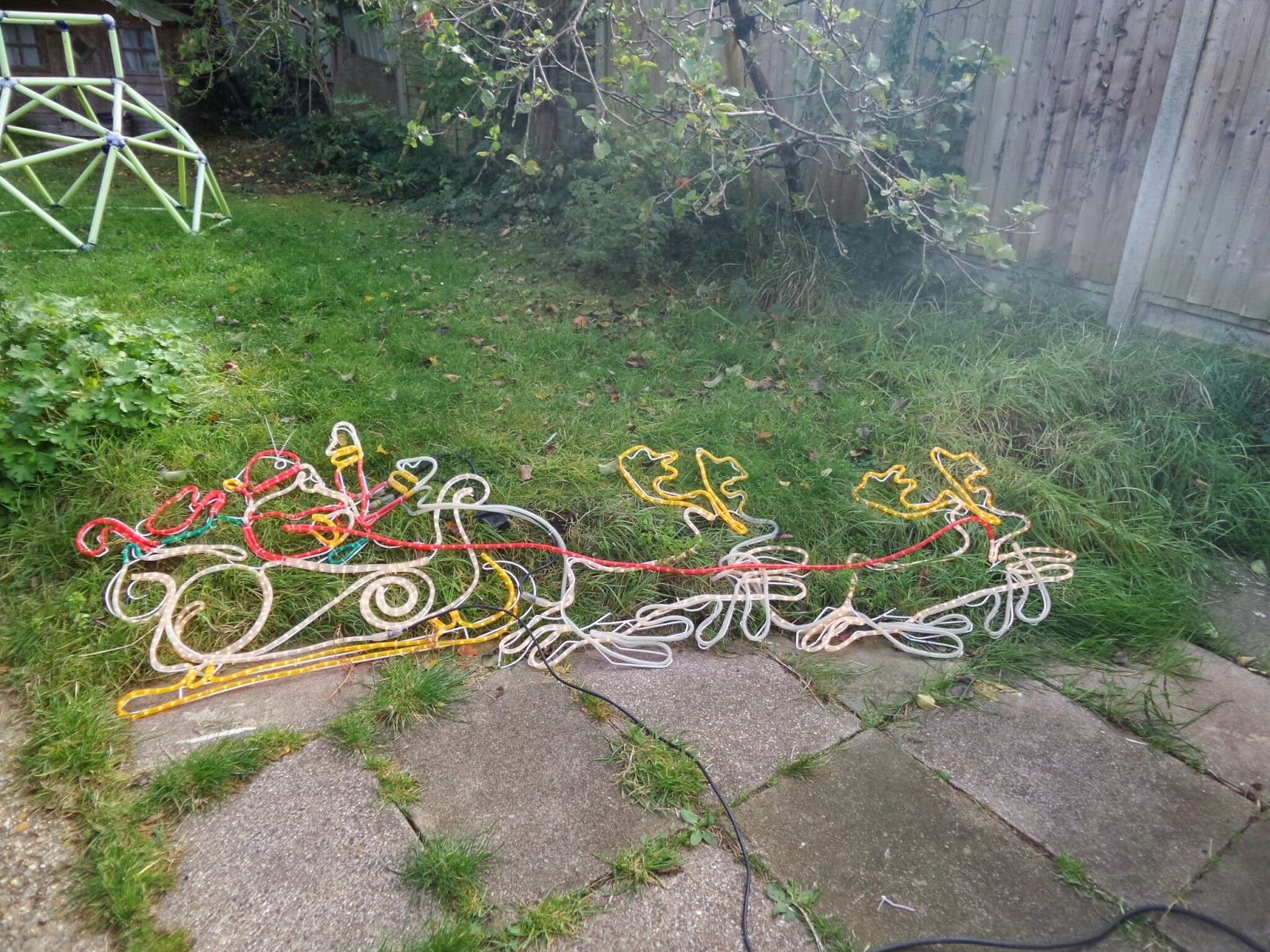 I had so much fun sorting through the lights, and kept giggling to myself over the absurdity of standing in my back garden in a short sleeved T-shirt enjoying the Sun whilst working out how my wiggling Santa went together. Eventually I worked out how everything was supposed to go together, and I wondered what kind of Mum would I be if I didn't leave the lights up for the Children to see when they got home from School. I was still giggling about it at lunchtime, when I spoke with one of the teachers at Top Ender and Big Boy's school and decided to place one of the Christmas lights on our kitchen roof, which can clearly be seen from Top Ender's classroom in winter...

After School the children were thrilled to see the lights in the back garden, spent a few moments giving them admiring glances and then went back to doing all the normal things they normally do after School. It wasn't until we came back later than evening from looking round a School that Top Ender is considering going to next September that the true magic of the lights made itself apparent. 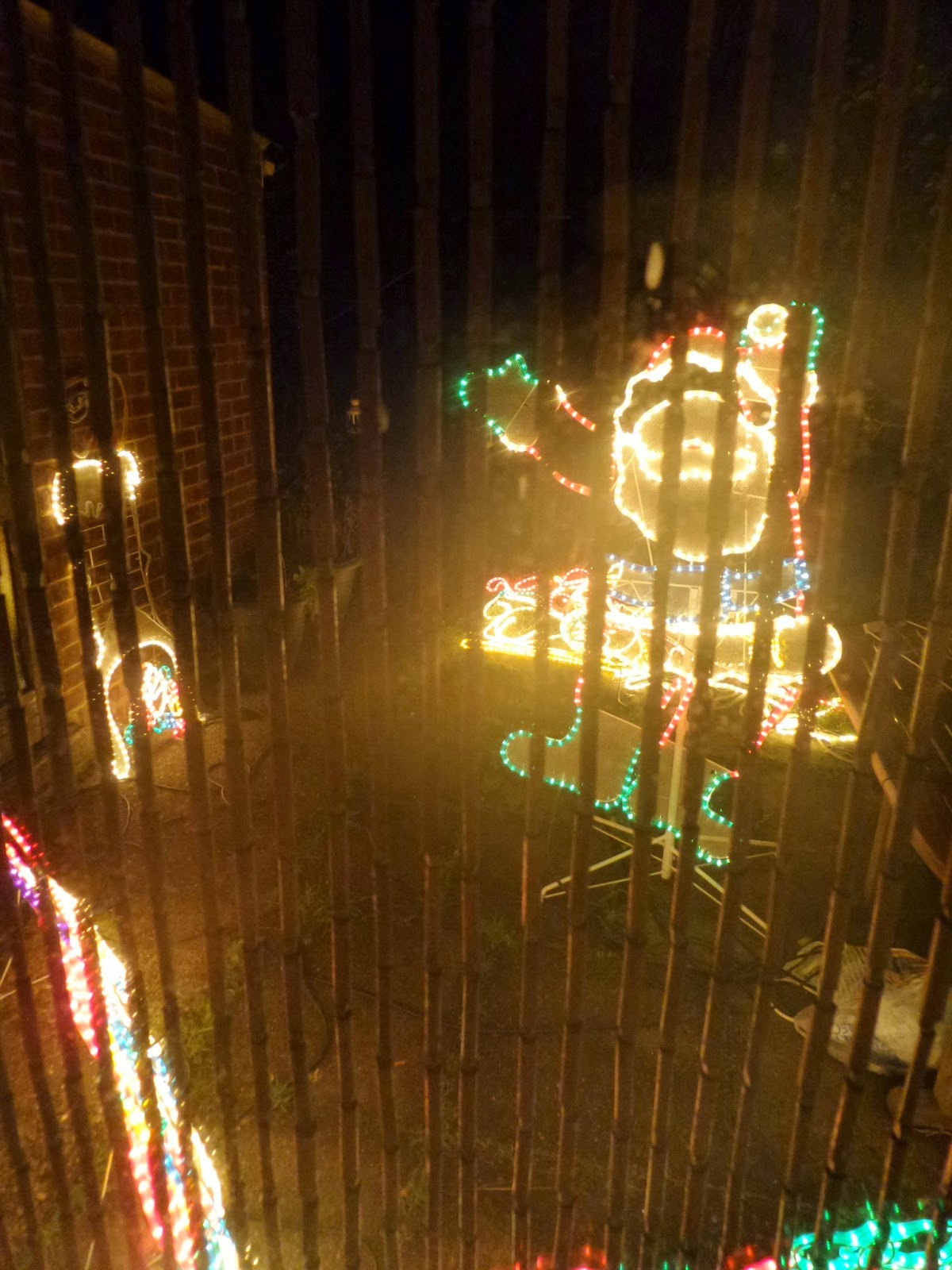 As we headed into the kitchen, we could see a magical glow from the lights which I had set up on the patio, in the dark of the late evening. Together we went out to admire the lights.

The children decided which lights they liked the most and then Big Boy demanded that I take this picture and told me that this was the picture he was giving me permission to post online. 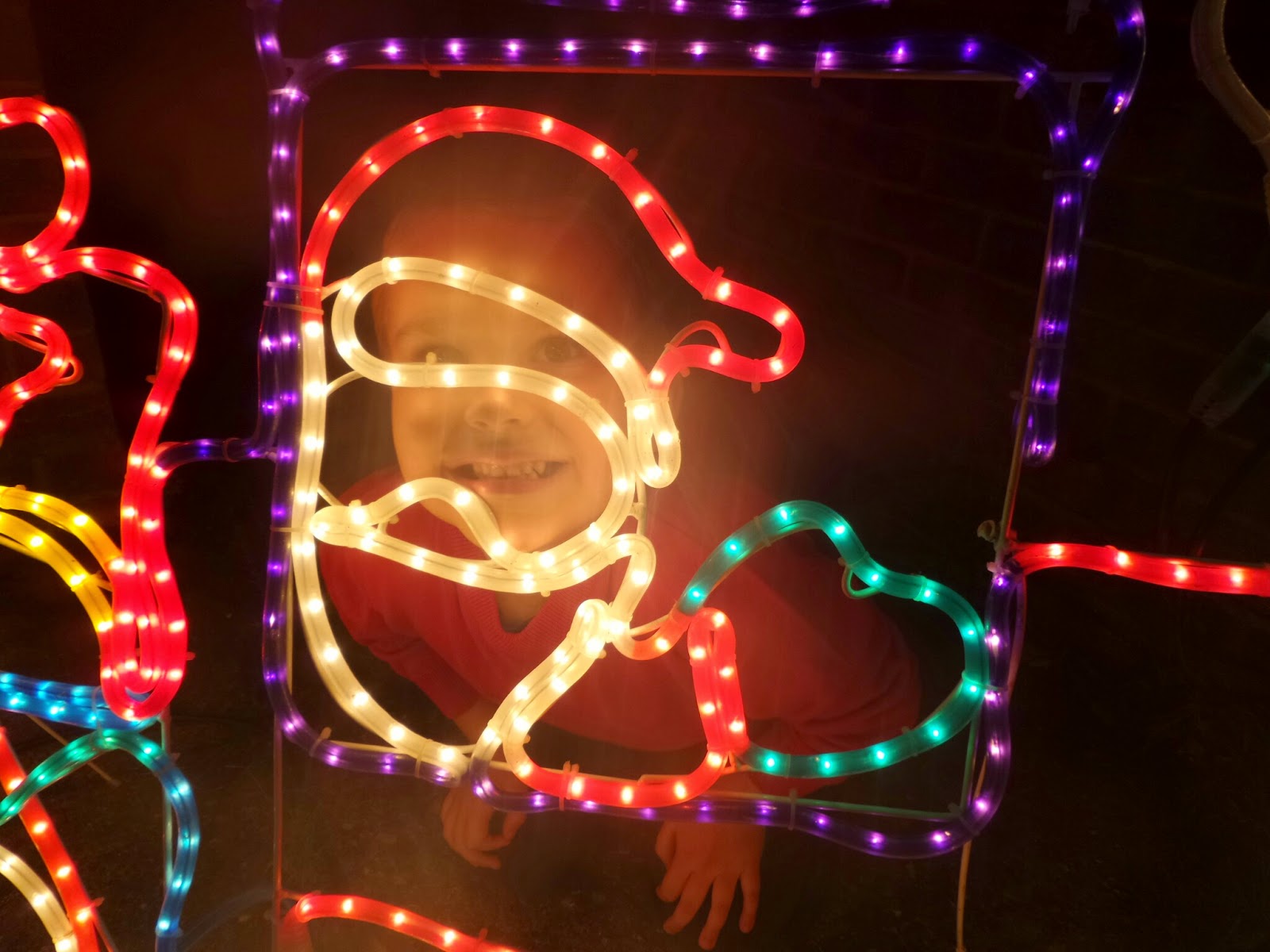 This boy cracks me up, I don't think he realises just how funny he actually is.

So, yes I'm aware it's not even Halloween yet, but I'm preparing for Christmas and I don't care if anyone says anything because I have a jazz handing Santa who's going to be waving at Top Ender and her teacher every day in December.

Am I being over organised this year or do you think I'm doing the right thing in getting the outside work done whilst it's still relatively warm and dry?
Chores Christmas Family Life