- October 28, 2014
Top Ender has always loved Barbie. I'm sure this is why Big Boy and Daddy (and of course Top Ender and me) can sing every song ever featured in a Barbie film. Luckily for me, now she is ten (almost 11) she can for the most part work the DVD out on her own and has in the past been known to act out the Barbie films with her dolls and it's only right that Big Boy and I help her out... I mean we know all the words and songs for a reason right?

When Barbie and her Feed and Cuddle Tawny (who is a horse) arrived, Top Ender and BB were thrilled. Now they could finally stop using my naff old ponies (their words!) and they finally had a horse they loved, because it was able to move and walk and talk... well actually it can't talk but you know it might as well the amount that the children love it! 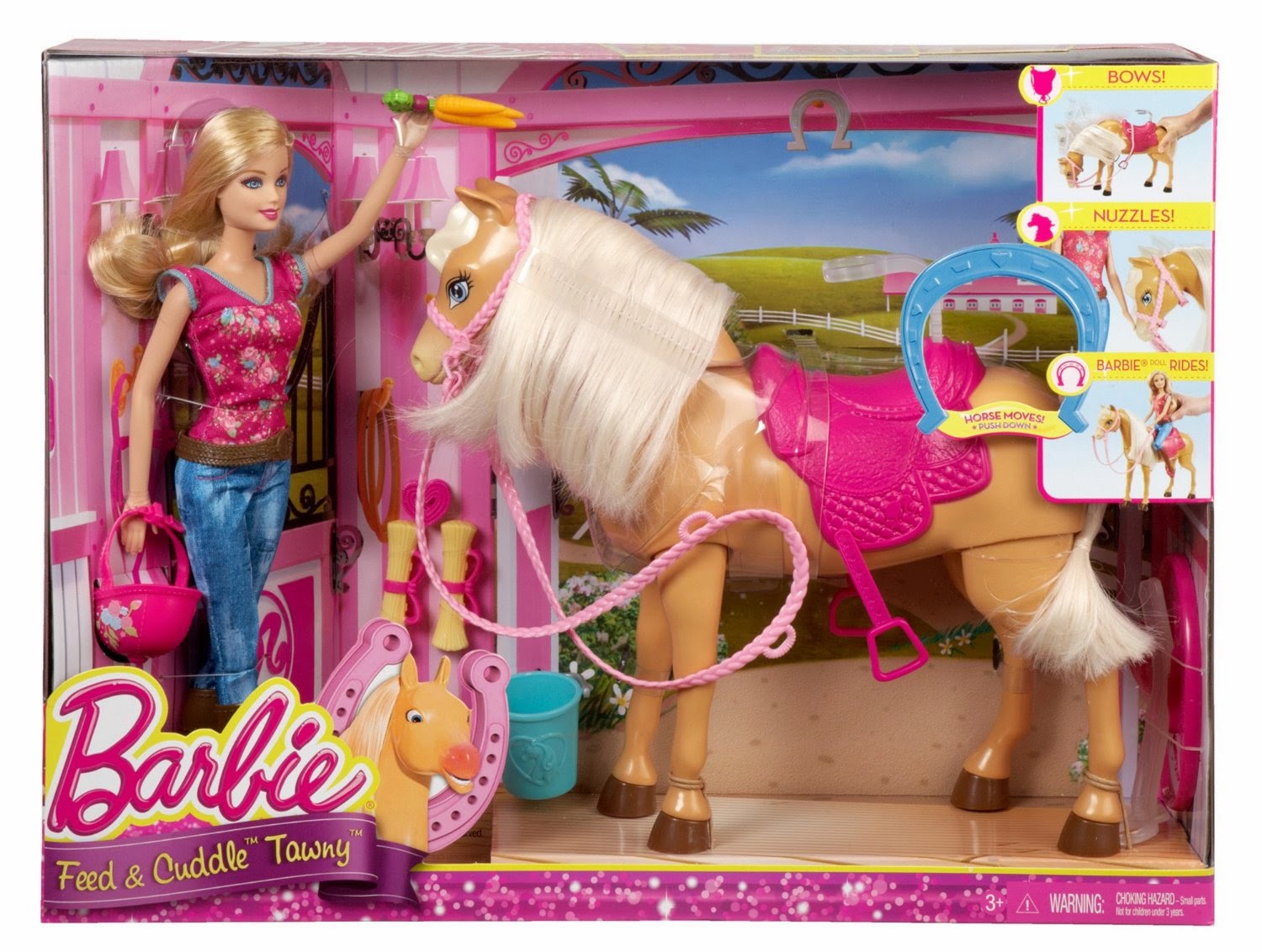 So, what can I as a parent tell you about the Barbie and Tawny Horse set?

Well, it's actually quite fun.

I've had far too much fun just making Tawny nuzzle me or Barbie.

I've had the children in stitches laughing at how I can make Tawny move if I ask certain questions.

Basically, just like the children have been playing with Barbie and Tawny so am I.

The children have been playing with the set a lot too, in fact this is a picture I sneaked of Big Boy playing Minecraft. With Barbie and Tawny. 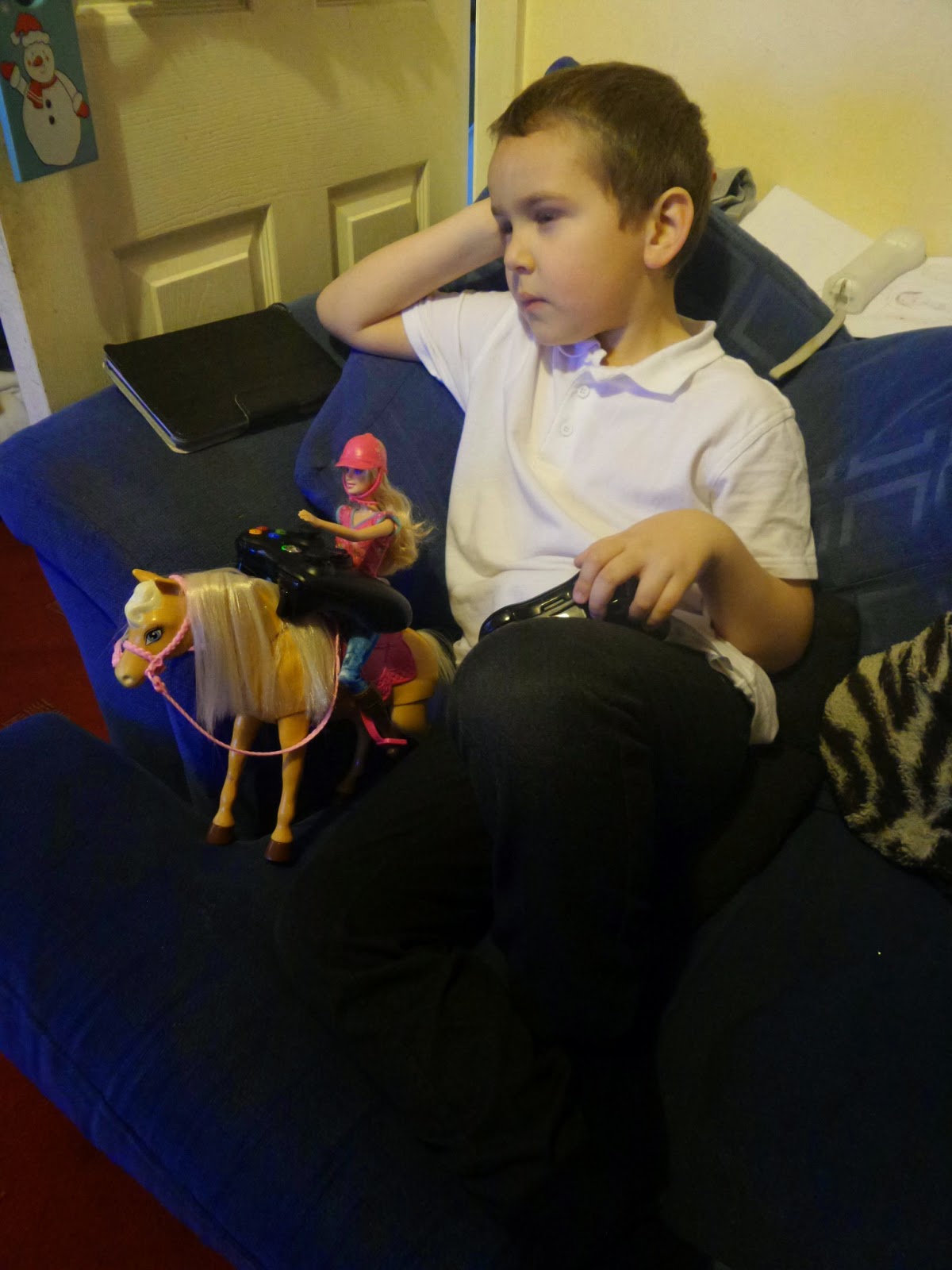 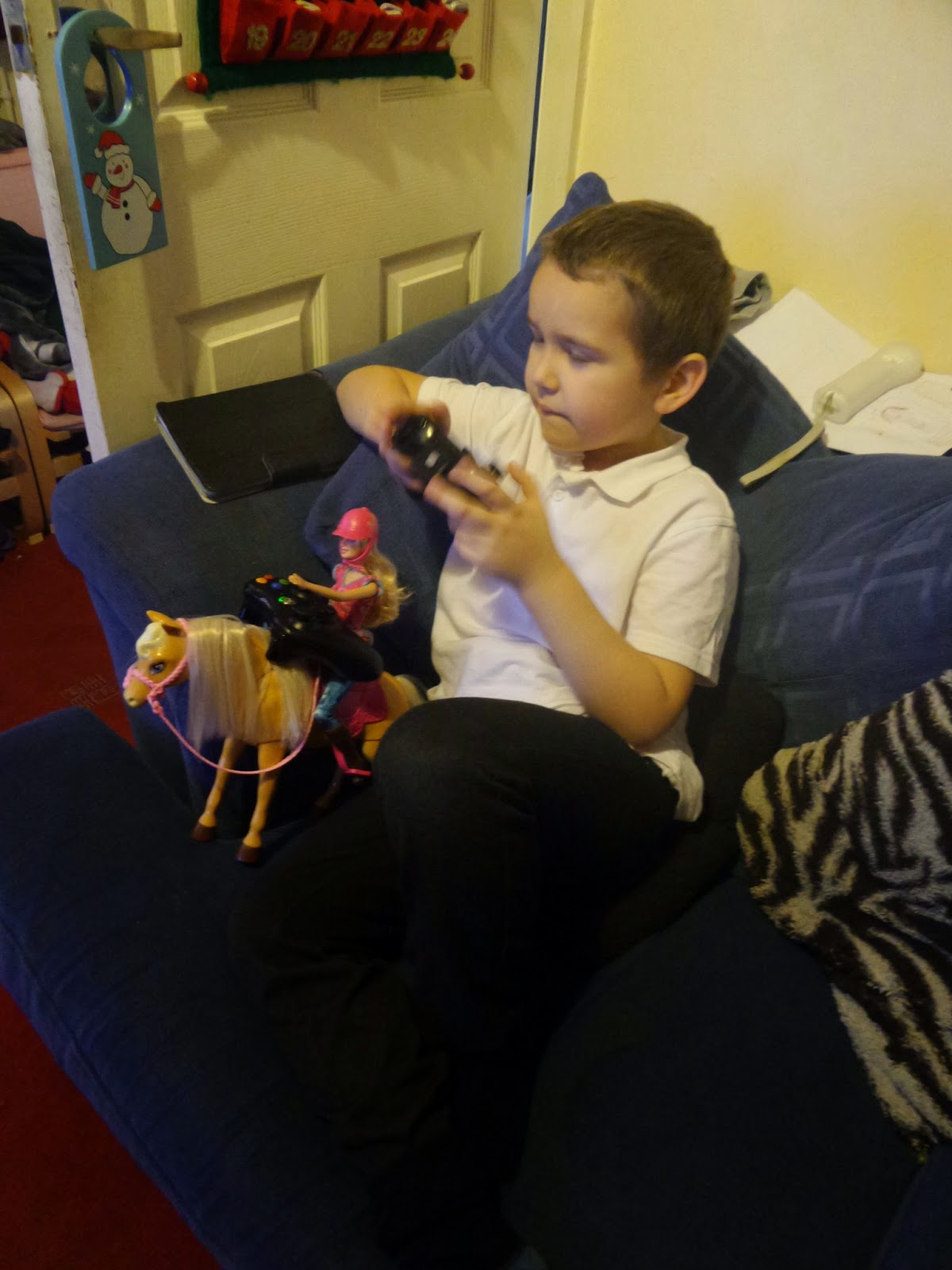 See, Barbie is good for being the second player too.

We were given the horse and Barbie to review.
Christmas Review Toys