- October 04, 2014
The last Saturday in September was a big day in our household. No, it wasn't the anniversary of the day that Daddy and I were married (although technically it was), it was the day of Top Enders baptism.

As it was such an important event, she was surrounded by Friends and Family who had come to show their love and support for her, and there were hundreds of texts, emails, DM's, comments left on status updates and Instagram images and the like from those who couldn't make it, but wanted to offer their congratulations. I wish I had a photograph of everyone who came to the actual service, but you know what it's like when you're planning a big event like this, you're so busy making sure that everyone has food and drink and that you talk to everyone to make sure that they are comfortable that you forget to take photographs!

So here instead is a picture of Top Ender and Big Boy. Adorable right? And it's okay, you can say it, Big Boy was intending to look like the Doctor! 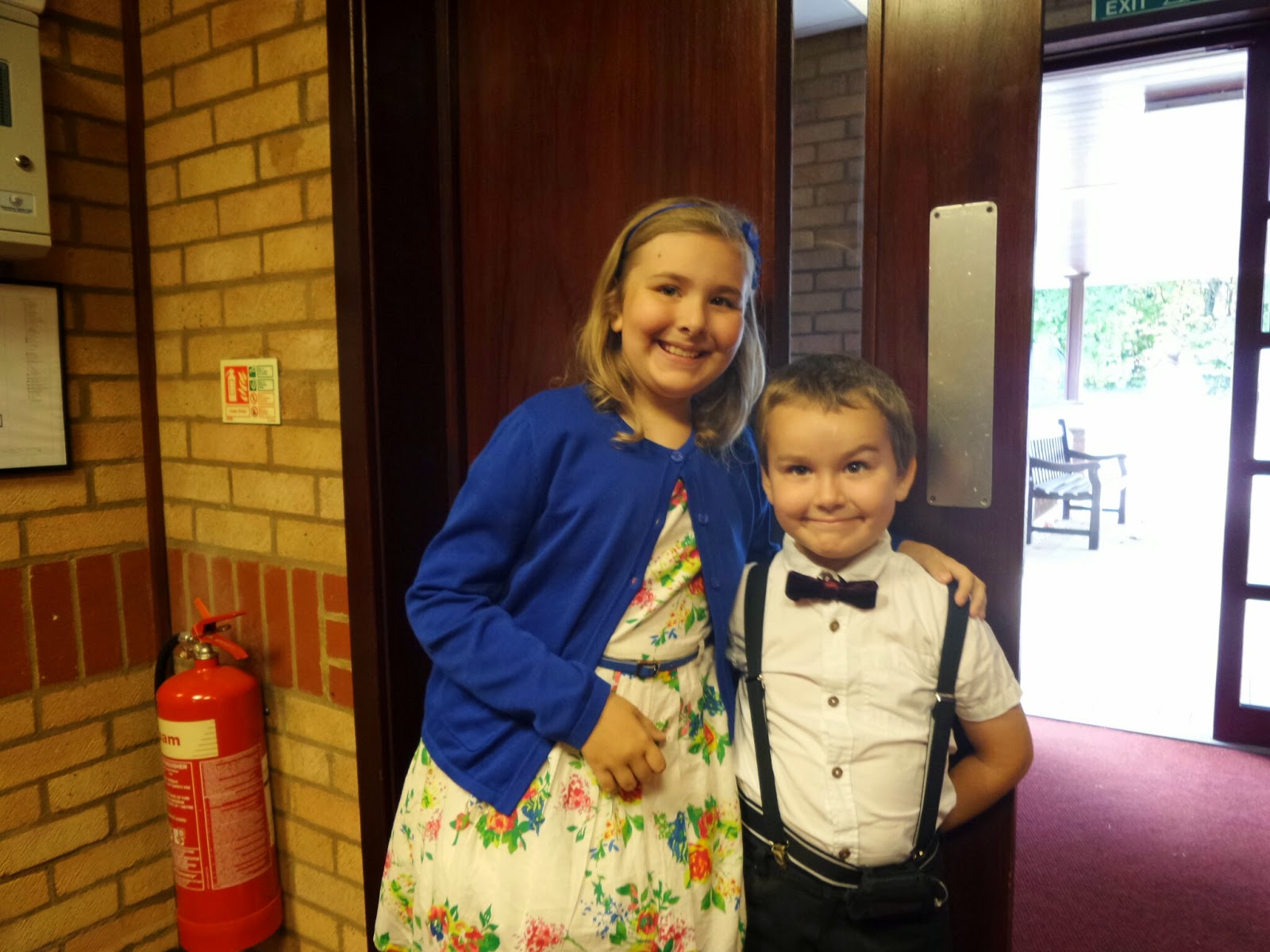 Everything that took place was organised by Tops, as this was her day and all about the choice she had made. Trying to get her to make the choices however, was like pulling teeth. Slow, painful and took considerable skill from me to piece it all together. One of the easiest, and funny enough the first decision she made, was about the food that was to be served. It was to be a dessert buffet and all of her favourite puddings and treats.

There was to be Cake. And Cookies. And Brownies. And Cupcakes. And Fruit Salad just in case someone wants to be healthy, oh and everyone should have milkshake to drink. I just had to source it, pay for it and where necessary prepare it. 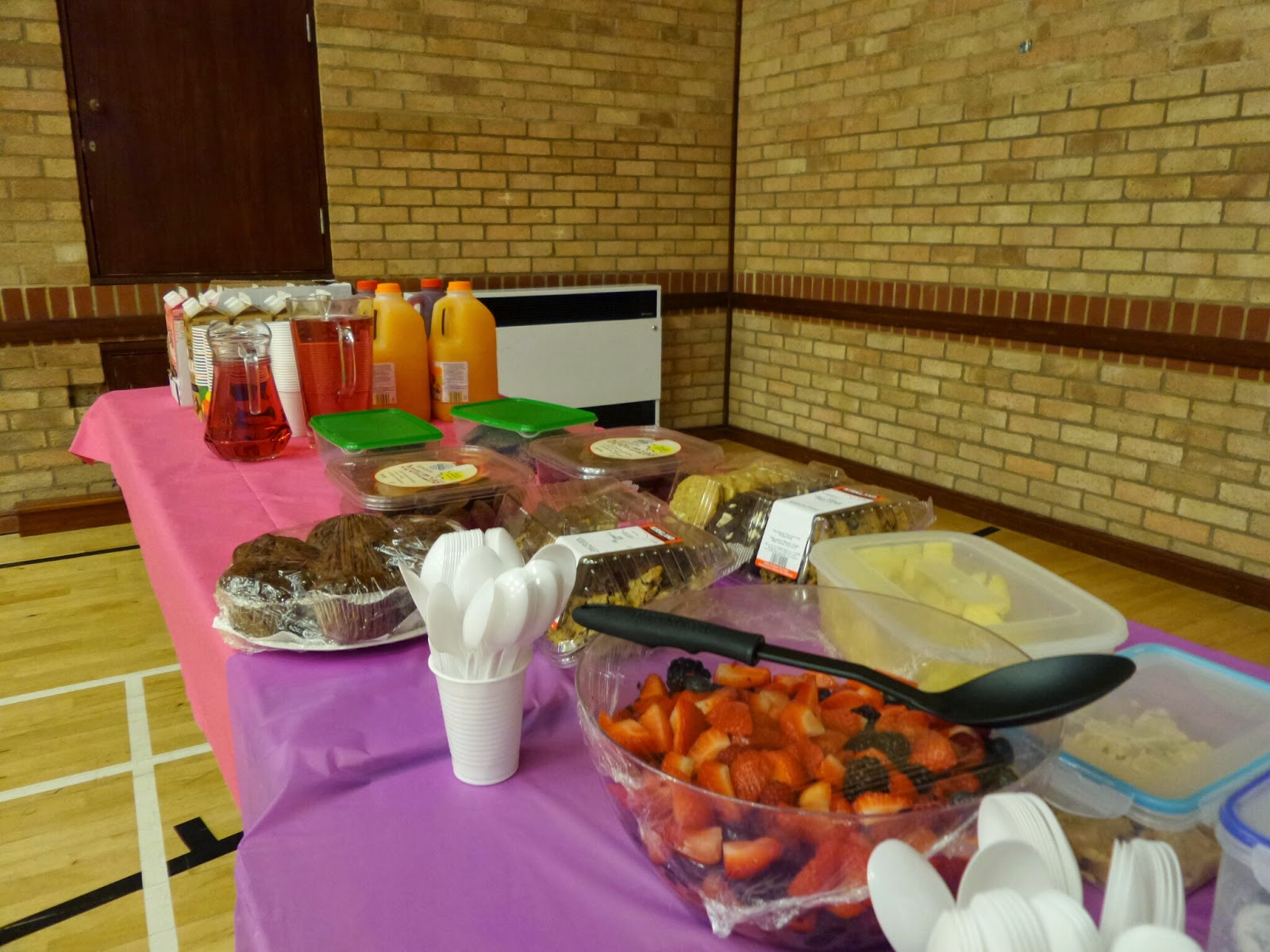 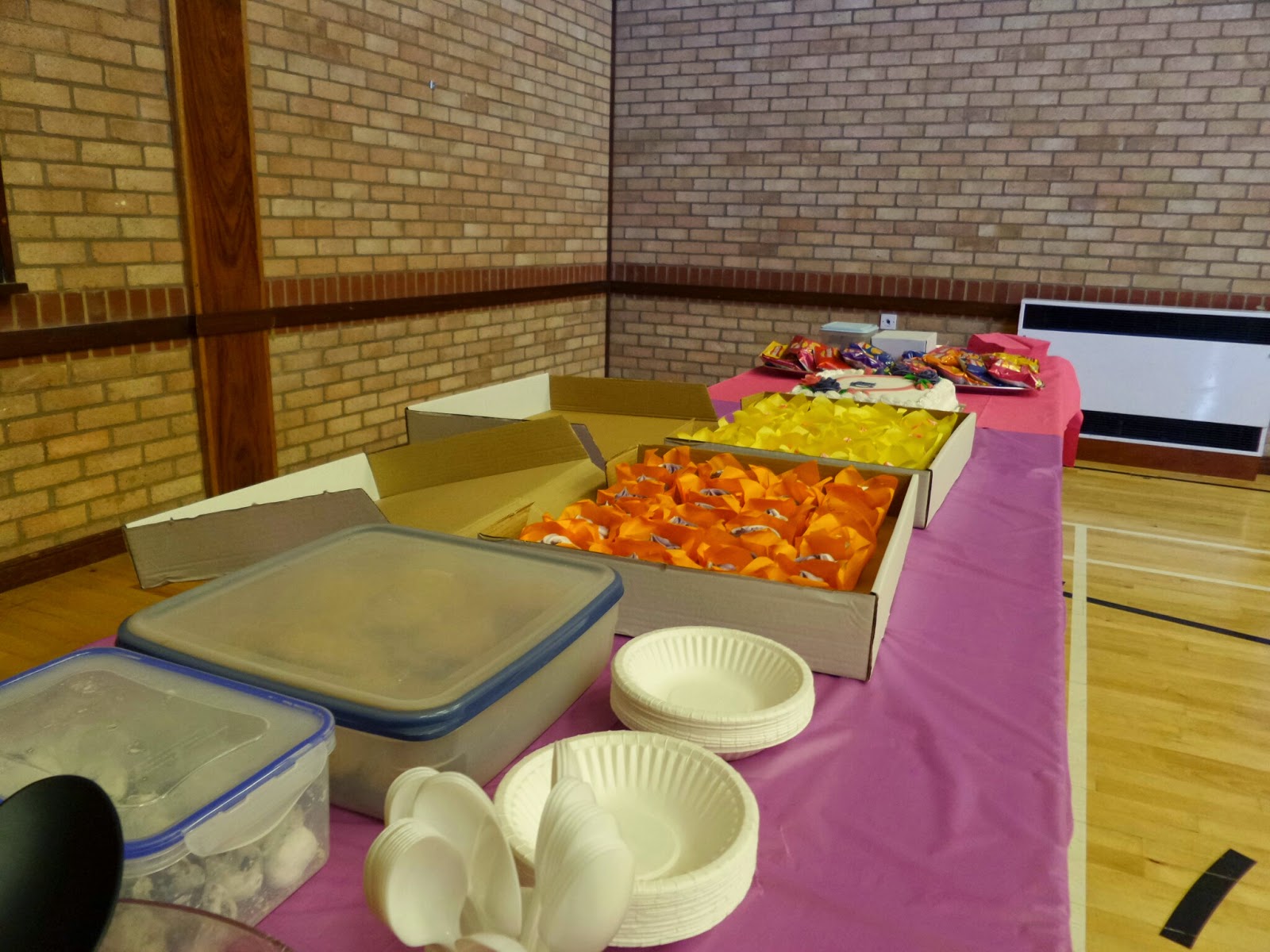 Luckily lovely friends helped out and supplied us with cakes and cookies and fudge and many other things that we could share with those who came to celebrate with us and to all those lovely people I would like to say thank you again, you all were so generous and loving and knowing that there would be more than what I was bringing really calmed me down as I knew nobody would starve!

I also have to give a special shout to my SIL who owns a rather fab cake shop which is rather suitably named For Heavens Cake as she handmade Top Ender some fantastic cakes in her favourite colours, which if you haven't guessed by now are pink and purple. 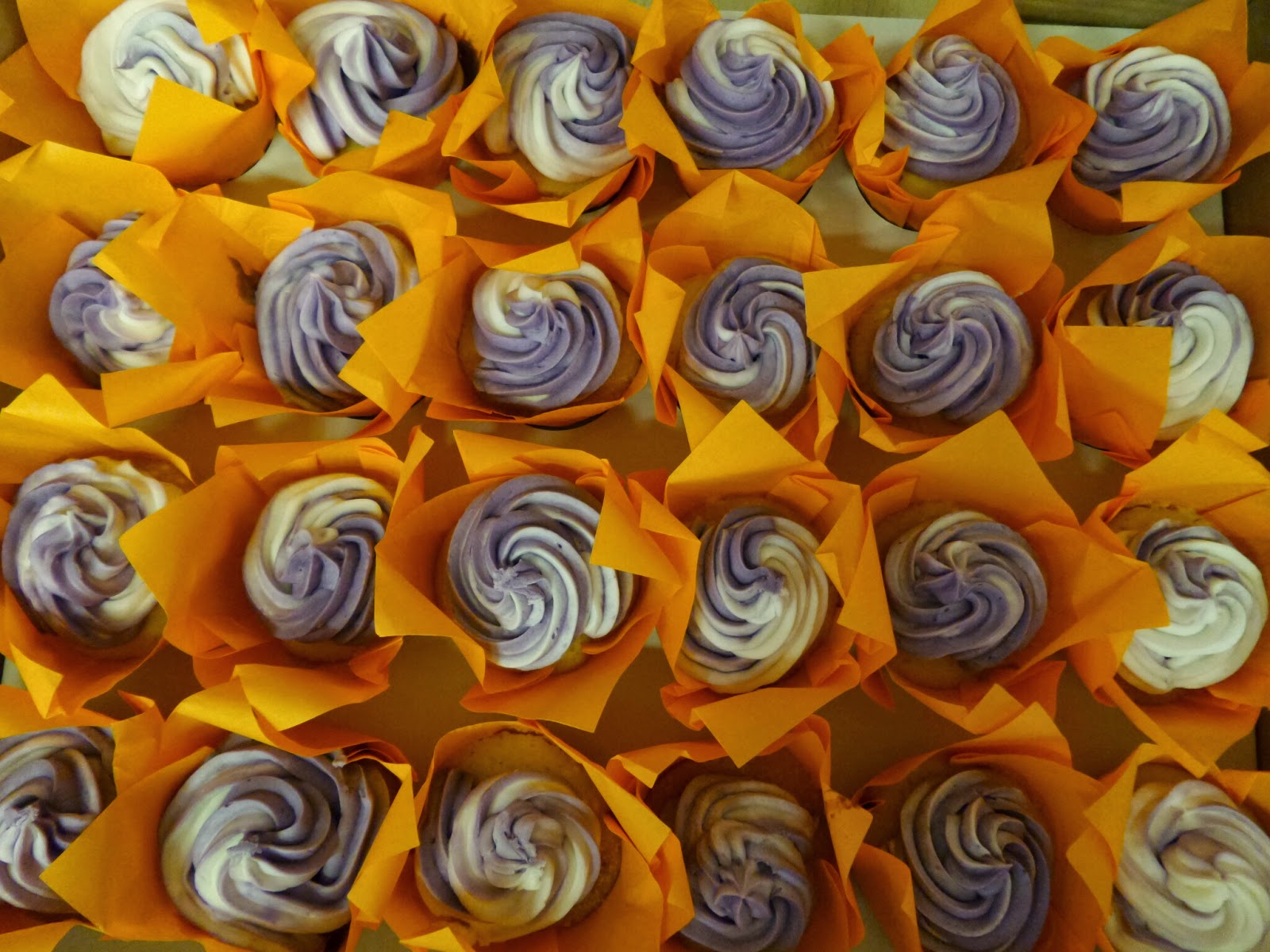 Top Ender looked radiant, she had two outfits to wear for the day, one was the beautiful floral dress, which we accessorised with a cobalt blue cardigan and headband, which you saw at the top of the page (we got it from House of Fraser, as she loved the one she reviewed a while back) and the other was her baptismal outfit which was all white and the dress she wore into the font. You can see her posing here with her Daddy, just before everything began. 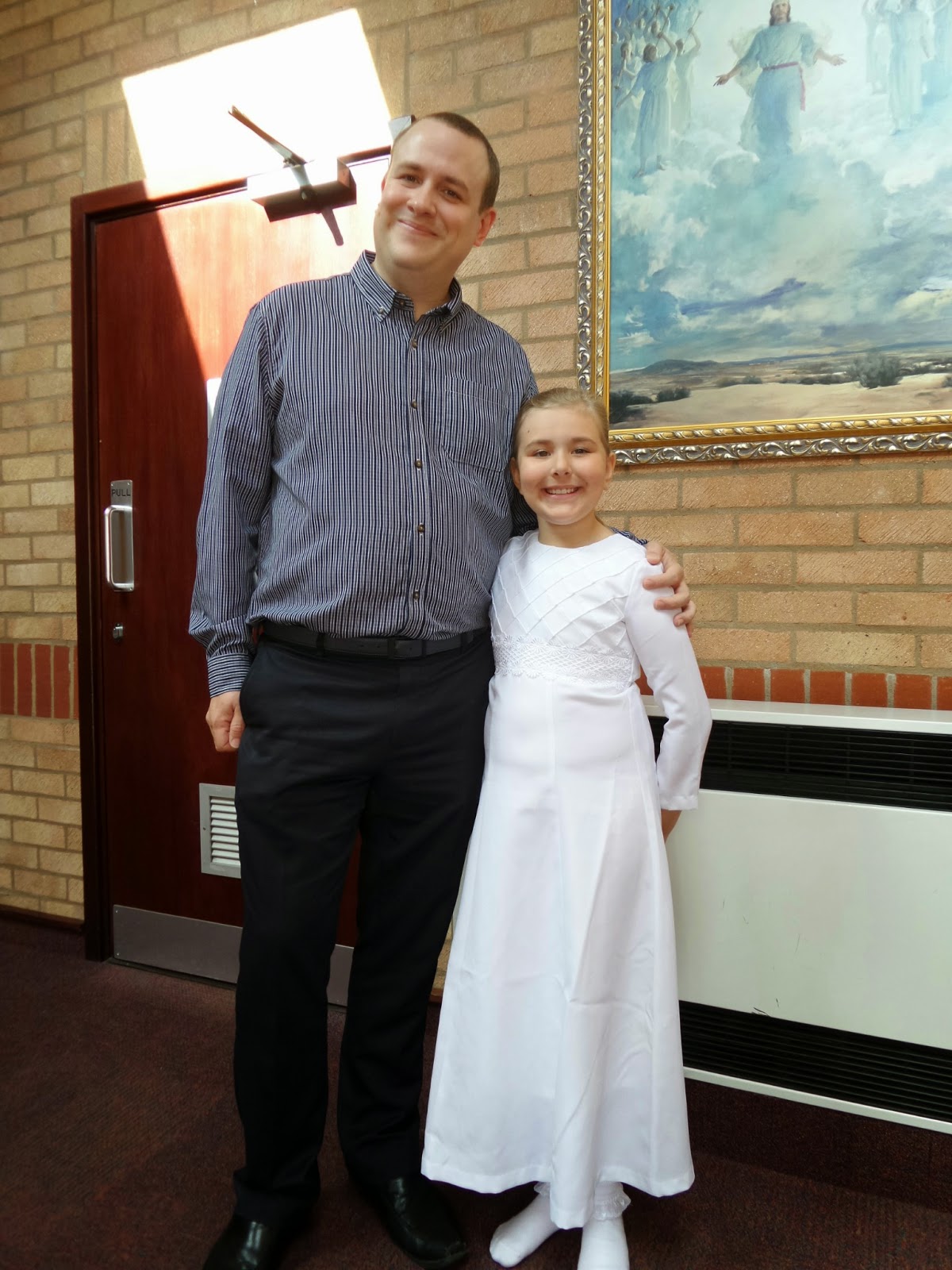 We made her programmes for the day simple and repeated her colour theme of pink and purple with a coloured CTR shield (that stands for Choose The Right, which is helpful when being good and when in a Maze). To save on paper we made a simple two sided half A4 programme, all the information was included so we didn't mind it wasn't the usual booklet we've seen at Baptisms in the past. 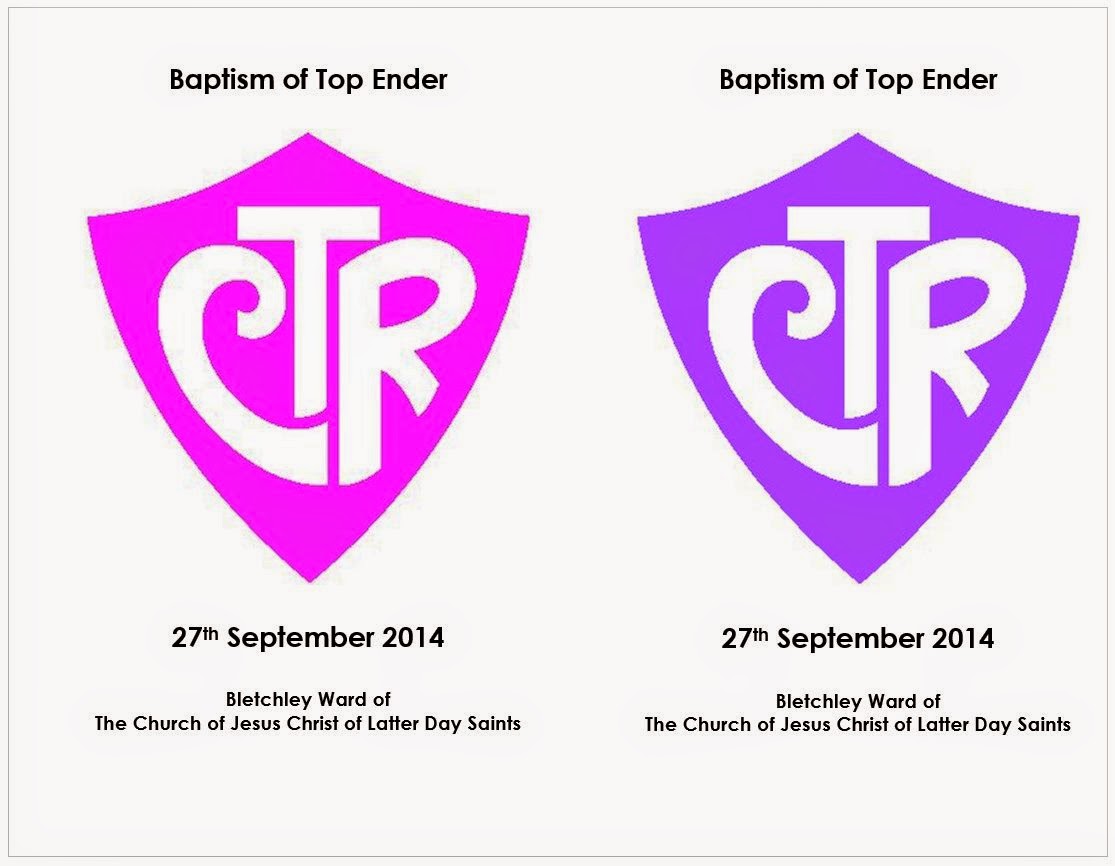 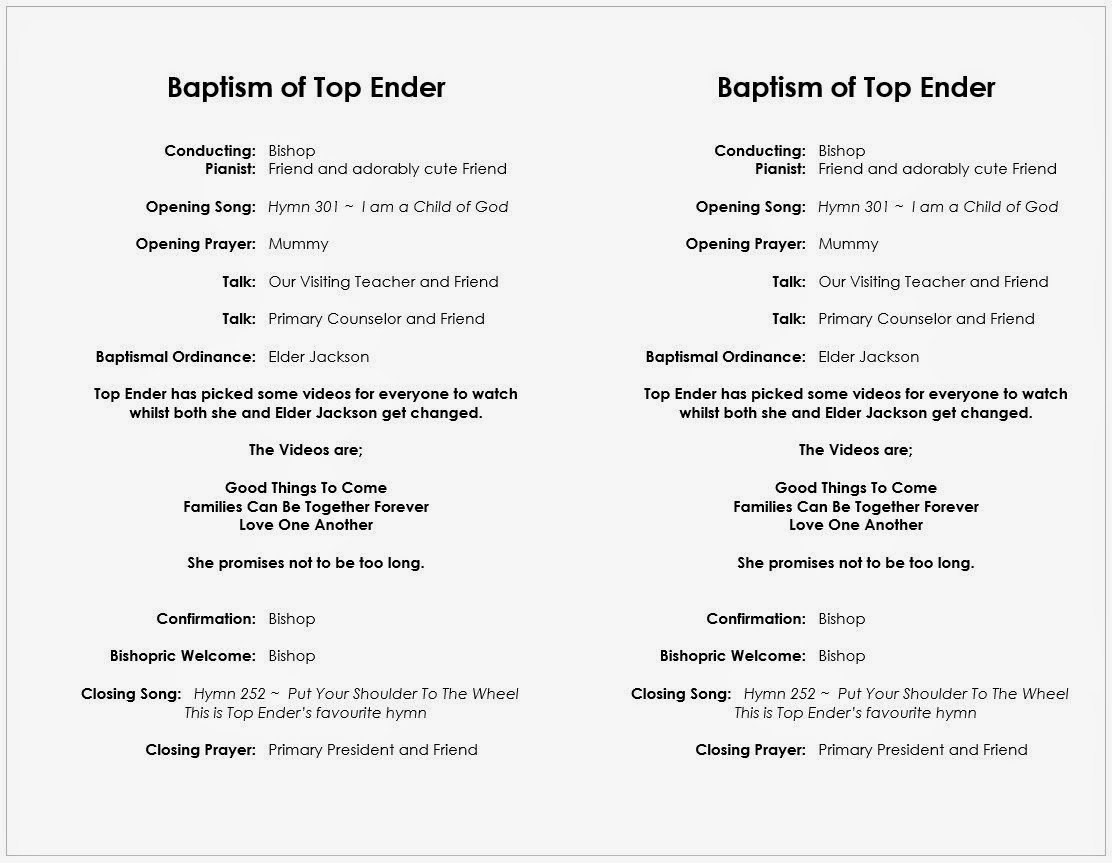 It's become traditional that when Children are baptised at age eight, that they are given a gift of their first set of Scriptures. Top Ender has had a set of physical paper Scriptures for several years and so her Daddy and I thought long and hard about what we could give to her as a gift that would represent our love and the choice she had made to be baptised. We decided on a gift of a necklace that I got from Etsy. There is so much symbolism in this simple pendant necklace that I won't bore you by listing it all, Plus I figure you'll be able to work them all out yourself. If you do want me to bore you with all I can see then send me a message! 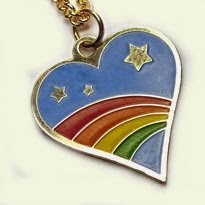 We also decided that we'd mark the occasion by allowing Top Ender her first pair of High Heels, which she was understandably thrilled about. I mean who wouldn't want these sparkly heels? I just felt that Top Ender was making such a grown up decision, that she needed something to show that we understood and that would show her stepping from one stage of life to another. 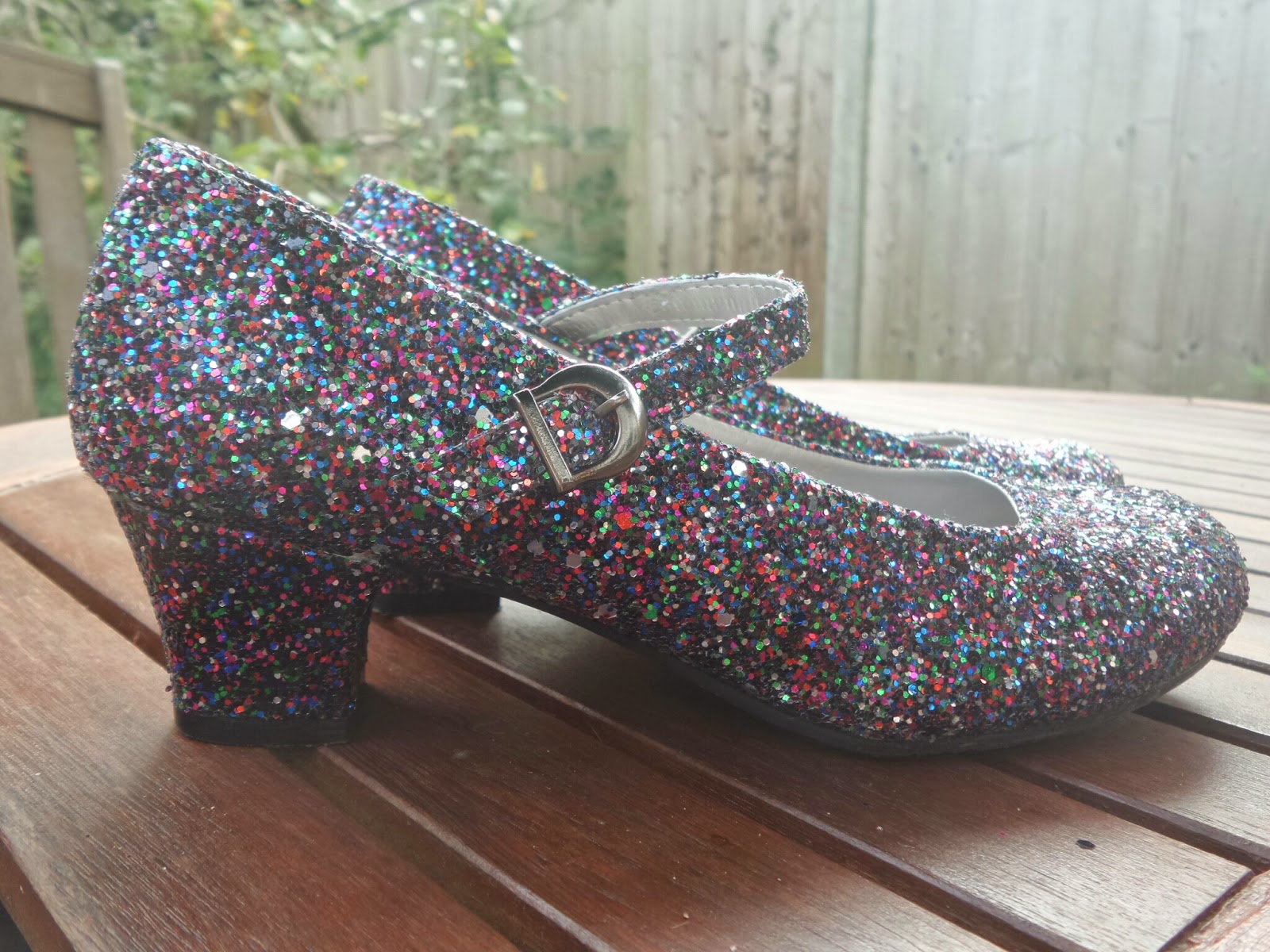 The day was fantastic. The weather played nice, the love and spirit that we felt was so calming and encouraging and most importantly for us was that we got to witness with our friends and family Top Ender making a personal choice to show faith by being baptised.

So there you go. As always, if you have any questions feel free to ask them in the comments below but play nice, I don't accept personal attacks and neither should you :)
Family Life Religion