I have received product from Oreo for this post. It is an entry to the Foodies100 Wonderfilled recipe challenge sponsored by Oreo, which marks the launch of two exciting new flavours: Peanut Butter and Golden. The delicious new flavours are available in all major supermarkets at an RRP of £1.08. To find out more, visit www.facebook.com/oreo


Have you ever agreed to do something thinking,

only then to work out that actually it isn't that easy?

Well, my Oreo Wonderfilled recipe fits into that thinking. 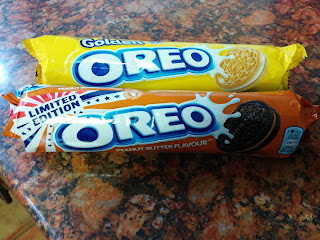 So I decided to make a cake with bashed up Oreo's in it. 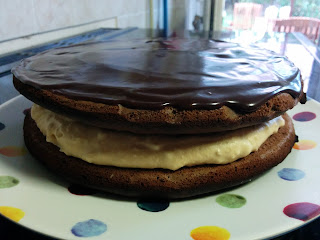 It looks okay right? Yeah, well it tasted horrid! Okay, so it didn't really, but it wasn't anything that was totally spectacular, like I was hoping for. Big Boy was particularly taken with the cream inside the cake and loved the little flecks of Oreo's. As he did with the flecks of Peanut Butter Oreo's in the chocolate sponge.

Whilst I was at it, I also made some little cupcakes, with Oreo's hidden inside of them. They look funky right? 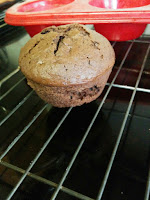 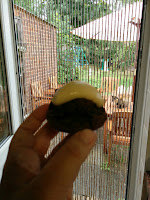 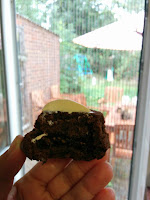 I thought they were a little dry and so added some cream (flavoured with Caramel and Golden Oreo's) on top. That was nice, but again I need to tinker some more!

So here is the recipe for the large cake.


Cream together the Butter and Sugar, gently sift in the Flour and Cocoa Powder and mix in the two beaten eggs. If the mixture seems a little dry, I find a tablespoon of HOT water works well in Chocolate Sponge, it makes everything seem a little more decadent,

Beat the Oreo's until they are broken and then fold them into the cake mixture. 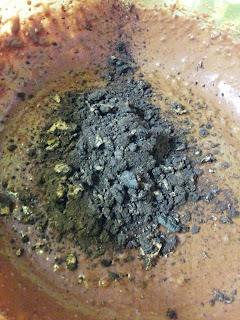 Grease and line two cake pans, divide the mixture evenly between the two pans and bake in an oven for 15-20 minutes at gas mark 4.

You can either insert a skewer into the cake, or when you touch the top if it bounces back they are ready. 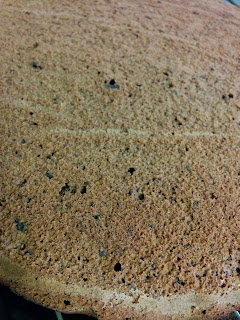 Turn them out and leave to cool.

Whilst they are cooling you can make the cream filling.


Stir a tablespoon or two of the Caramel into the Whipped Cream.

Whip the cream. It will take some time because of the Caramel, but it does happen! You might want to fold in more Caramel after the Cream is whipped depending on the depth of taste you are after and I would fold in the broken Golden Oreo's at this point too. You have to do this carefully because this can cause the cream to collapse on itself and not be in peaks any more, but if I can manage it trust me you can too.

Pile the Cream into the middle of a cake, then sandwich together.

Melt some chocolate (I use the Chocolate setting on my Microwave, but you can use the double bowl method) and use it to coat the top of the Cake with a Chocolate disc. Let the Cake set, I find the fridge best, before cutting.

It might be sensible to cut the entire cake into slices without removing any slices because the cream can "bulge" out and so you need to be careful as the cream is lovely!


So that's my cake. What do you think?
Cakes Sponsored Post