The Last Week Of July

- August 02, 2015
It's funny, this week I thought that BB and I would do nothing whilst Top Ender was at her Summer School Induction thingy, but it turns out that we actually did a tonne together! I'm really excited about this coming week because with Top Ender and Daddy off camping, BB and I have some great plans for the week!

The Last Week Of July

On Sunday we went for a walk in the rain, well really we tried to go Geocaching but we weren't very successful! We went to a local woods and tried to find three caches and out of the three cache's we only found one. Daddy really turned it around however, he was just so happy and bouncy and it infected the rest of us and pretty soon we stopped being grumpy and wet and it was just family fun. Daddy said that it reminded him of his youth when he was on Summer Holidays and he had to go out in the rain if he wanted to go outside... I'm pretty sure it never rained when I was young!

Monday, we got up early not only because of Top Ender needing to be at School but because Big Boy remembered that he had a new Lego Ninjargo TV show to watch... although he appeared to get up roughly three hours too early!

BB and I then spent the rest of the day trying to tidy up the front garden. We were good and didn't spend a fortune in the garden centre buying new plants, but we did buy a few! BB attempted to give me some help planting and clearing up, but lets be honest seven year old boys aren't really known for their amazing planting skills... he was however very good at his picking plants at the garden centre. 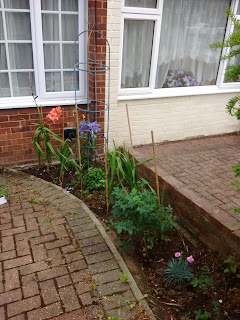 Tuesday, BB and I got to spend the day with my Mum. We had a quick walk round a few shops up the city centre and grabbed some lunch together looking out on the canal. BB and I had a quick walk along the canal, before we picked up Top Ender. 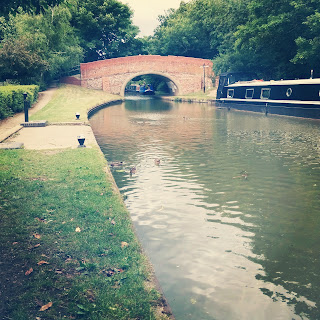 Top Ender very kindly helped me in the front garden doing a bit more planting before we went out to dinner and she even started clearing out the gunk between the bricks paving on the driveway. I seriously LOVE this child.

Wednesday night Top Ender had her hair dyed blue, it's fabulous and she looks like a Mermaid, but I think I prefer her all over pink/purple from last year... well actually I don't know. Tops looks fabulous no matter how her hair is coloured! 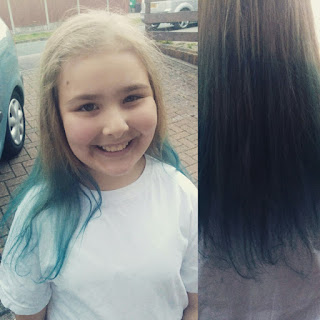 Thursday was a great day for me. Honestly, it really was, the day passed as normal, BB and I hung out whilst Top Ender went on an Adventure day with her new School. When she was home we decided to go down to the library to return our books and hunt out some new ones. After having helped the children find books for themselves I still needed to find a few for me. I left the Children sitting on a sofa in the Children's area and went out to the main part of the library.

A few minutes later one of the Librarians had rapidly "stormed" over to the Children's area where she told off several children and pointed out to them that they needed to be quieter than they were being. This was a library and it wasn't fair to have screams and the like for those who were reading or studying. I walked over to my children at this point, who were sitting happily reading at the opposite side of the children's library to where the children who had just been told off were. My two were oblivious to what had been going on with the other children and I was just so proud of them and one of the Librarians complimented me on their behaviour. Like I said, a great day for me!

Friday we got to see Top Ender "graduate" from her Summer School, after BB and I had sneaked a McDonalds Breakfast and gelled and sprayed his hair red! We spent the afternoon playing at the park, eating pizza that Top Ender had made that morning at Summer School and just giggling together. 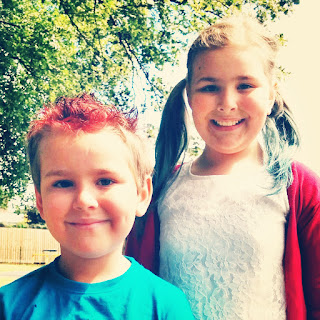 So that was how we ended July. What did you get up to?
Family Life