The First Week Of August

- August 09, 2015
Wow, August is flying by! This past week I had Big Boy all to myself as Top Ender and Daddy were off camping, they had a fab week, find out what they were up to on Day One, Day Two, Day Three and Day Four and as a special bonus find out what Daddy and Big Boy got up to on Day Five!

The First Week Of August


The weekend was brilliant, when very early Saturday morning Daddy, Top Ender, Big Boy and I headed up to Campbell Park to watch the Sunrise before spending the day getting ready for Top Ender and Daddy's camping trip, going shopping, not falling asleep and ending the day watching the sunset at Dunstable Downs! 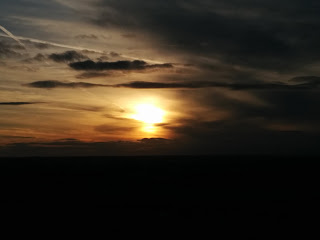 It was brilliant and even Daddy who wasn't originally going to join us for the Sunrise, seeing as how it was so early, enjoyed it and I think that he might be a convert to watching the sunrise! Of course Daddy already loves watching the Sunset, even if he doesn't want to join us in a mug of Hot Chocolate! 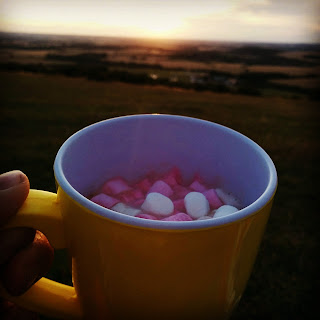 On Sunday, we went to Church (well it is Sunday!) and as it's the Summer Holidays, just looked as half our Ward was away! We were so small that we ended up combining our lower and upper Primary for Sharing Time and Singing Time. I was doing Sharing Time and talking about Miracles and used an attention activity of getting the children to fish!

It was a blast, and even several adults wanted to have a go at the fishing because it was just so fun.

It was so fun that the next day when Tops and Daddy had disappeared off camping for the week and Big Boy and I were looking after his Cousin we decided to play the game. BB's Cousin (she's 3) adored it as much as everyone had the day before. 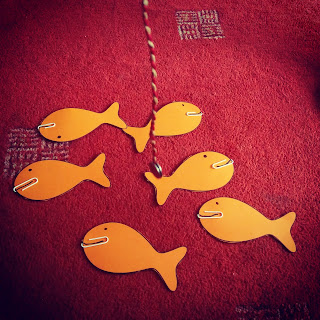 Tuesday, Big Boy decided that we were going to stay in our PJ's all day and not do much at all. I did almost have to fight a burglar, but I've already covered that story!

Wednesday, BB and I decided to sort out his bedroom. Well, not really I kinda told him that we had to! The good thing was that BB tried on all the clothes I asked him to, got rid of things that he decided he didn't need (or want any more) and voluntarily reduced some of his toys too! As a reward and also because we had planned it, BB and I headed up to the City Centre so that we could spend some time at the beach. 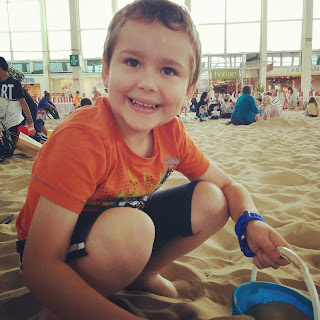 We had an amazing time and it was honestly our best day.

Thursday had BB and I having some more fun, but I had to do a little bit of cleaning up to do... well lets just say that BB and I lived like SLOBS for the week and we didn't want Daddy and Top Ender to know! Luckily we got done really early as Daddy and Top Ender got home early!

Friday, after a visit to the dentist (I need a wisdom tooth out and it's going to be £80. Yay! Not.) Big Boy and Daddy headed off for their day out whilst Top Ender and I tackled her bedroom... We had a blast even managing to get Top Ender to agree to get rid of some of her clothes that no longer fit! My two just hate getting rid of their favourite clothing!

We managed to fit in some fun during the day and even walked into Town to buy a few things for Top Ender going up to Secondary School. We weren't intending to, but you know we saw the things and thought we'd kill two birds with one stone!

The week was a brilliant week and now that Top Ender is finally back with us and apart from Daddy we're all together we can actually get a start on this Family Summer Holiday!

So this was our week. What happened in your week?
Family Life Summer