Death The After Effects - What You Want To Read

- September 11, 2015
A few days ago, I asked my friends on Facebook if they were to read a blog post written by me, what would they like it to be about? This is one of the posts, based on those suggestions.


Death The After Effects


Having never personally died I can't speak for the after effects on the deceased person. I can make a guess at some things that they shouldn't be able to do anymore. The most obvious being getting married to their widows sister, (which is part of a riddle Top Ender is fond of asking people she meets in order to test how much attention they are actually paying to her!) but that is an entirely different blog post. 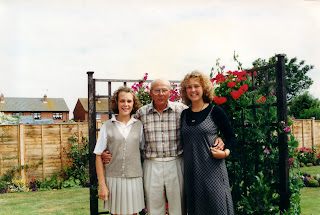 Of course I personally believe in Heaven and a loving Heavenly Father, so I believe that when I die my Heavenly Father will welcome me to Heaven and I'll get to see my friends and family and remember things that I have since forgotten. Which I think is really cool, as I once had a brilliant idea for a book and I can't quite remember it, so in Heaven I will and hopefully I'll be allowed to write it up there and it'll become a Heaven classic.

I think that I need to point out here that I'm not afraid of death. Of course, that is probably because I believe in an After Life, but in my home and in my life we've always talked openly about death. My Grandfather told us all, plenty of times that at his funeral we were not to wear black. Following this example in my youth the children, Daddy and I have all spoken about what we would like to happen after our deaths. We've discussed details, such as what hymns we'd like played, what we'd like to wear, if we want to be buried or cremated. I think that these are things that every family should discuss and have written down somewhere, it saves a lot of heartache for the friends and family if they know that what they are organising is what the deceased loved one would have wanted.

The after effects that I can talk about however, are the ways that death changes the lives of those who haven't died. The people who knew or loved the person who has died. Unfortunately in researching for this blog post I've realised that I should go to around 50 funerals in my lifetime, one every two years of my life if I live until I'm 100. For my thirty odd years on the planet so far I've said goodbye to 17 people, somehow that doesn't seem fair to me.

I grieve terribly hard for those connected to me who die


I like to think this is because I'm empathic, but really it is because I'm terrible at dealing with my emotions. I don't like to feel sad so I bottle things up and when I finally let things out it comes out in a terrible flood and I'm sure that I'm in a worse position than when I started.

I know that this is the same for others, when death takes a loved one they are consumed by the grief. Sometimes, they can cause others around them to worry. What we forget about however is that there are supposedly seven stages of grief. They can come in any order, they can be of any intensity and nobody grieves the same way. Of course if someone seems depressed then you have to ensure that they get the appropriate medical care and even if people seem to be coping well, make sure they know you are there for them.

Oh and if you are the one grieving, I don't care what anyone says. If you want to sob then sob. Just allow someone to give you a hug every so often, okay?

You feel you don't ever deserve to be happy again


You feel guilty if you are happy or if you smile. When my Gran was dying, I was driving home and as I came up a hill I saw a beautiful sunset. I smiled and then started crying. How could I find beauty in something when my Gran was dying? And then I cried even more because of course a beautiful Sunset can make me smile, I'm allowed to be happy. I'm allowed to enjoy life. 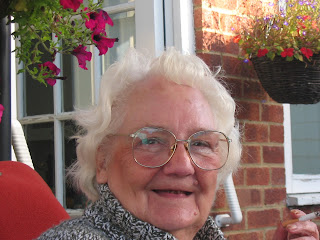 This was sort of proved to me years before at my Grandfathers funeral. Mobile phones were popular enough that most people could have one, but still relatively new for most of the population. At my Grandfathers funeral a mobile phone started ringing. It belonged to the owner or former owner of the local pub that my Grandparents would often go to. I believe someone called out that it was my Grandfather ringing and as a congregation we laughed, because what else was there to do at this point?

It might take a while, but if you want to laugh at something you see on TV, or smile at a handsome stranger then do it and don't feel guilty.


Someone once told me that I was different after I had stopped the initial outpouring of grief for my Grandfather. At first I didn't realise what they meant, of course I was different I had just lost one of the most important people in my life and heck, if that didn't make me change things in my life I don't know what would.


The last after effect I want to talk about today is the sudden appreciation that you get of your own life. Just like I mentioned smiling at a beautiful sunset on the way home from one of the last times I saw my Gran, I suddenly could see beauty all around. It was as if my eyes were opened.

Why not go with this and enjoy all around you. Enjoy, the weather, the scenery, find a new hobby, revive the love of an old hobby. Just make sure that whatever you do that you do it wholeheartedly.


In my home, I have several photographs of my Gran, my Grandfather and a few other relatives and loved ones who have passed away.

They help me remember, because I don't want to forget

I talk about the things that I love about them. My Grandfather for example would have adored Top Ender and Big Boy and loved Daddy for his love of computers and the way that he loves me. He had a smell, and a cheeky glint in his eye, he left piles of skin where ever he sat because of the scratching of his Psoriasis. These are things that my children know about him, they never met him but they know because they are important to me and my memories of him.


Want to talk about your loved ones with me? Tell me in the comments, I want to know all about them.
Family Life Religion What You Want To Read