- September 18, 2015
I don't know about you, but we have had an absolutely amazing Summer, even with the Children returning to School, we're not too anxious to say goodbye to it because as always there was so much that we didn't squeeze in and Daddy, Big Boy, Top Ender and I have been talking about a few other last hurrahs that we want to undertake as a family... with all the rain we've been having over the last few days it certainly feels like Summer is over now however! Maybe, we'll have to make them Autumn Activities.

One of my most favourite things that we did during the Summer, was visit Lyveden New Bield. 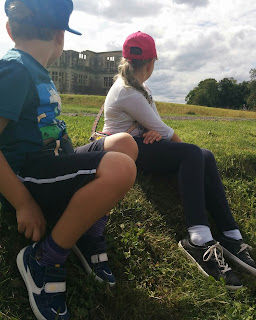 The Children were wearing there Gore-Tex shoes and I actually didn't even think about taking pictures of the children wearing them because I kinda forgot that we were reviewing them! Why did I forget? Well, I forgot because the Children just accepted the Shoes as being theirs. They were comfortable for long walks as proved when we were away Camping and on various other days out that we had, even random things like running down to the local shop! 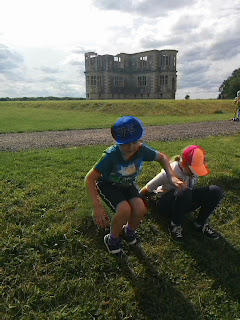 Something that Top Endeer got REALLY good at doing was doing up her own laces. One of the girls at School had shown her what to do, after I'd officially given up teaching her what to do! It was a common sight over the Summer to see Top Ender bending over retying her laces. I think this was more to do with her "fashionable" length of loops rather than anything else, but then again I'm also forever doing up my shoes because I've managed to trip up over my laces! 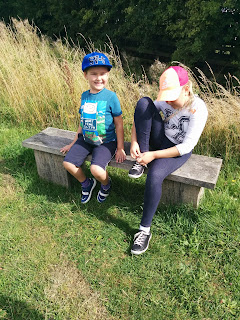 BB loved that his shoes didn't have laces... 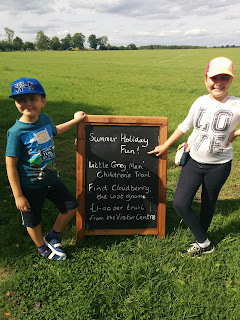 As you could read in the link to my review of Lyveden New Bield we had a great family day out and by the end of it we were ready to head home... Actually, that's not quite true. Whilst we were visiting Fermyn Woods (which is close to Lyveden New Bield) we decided to go to Peterborough!

What had happened was we had gone for a walk in the woods and afterwards, Daddy and I were sat watching the Children play in the park, when we decided that Peterborough was just a short detour on our way home, in fact it would be quicker to get home from Peterborough than it would from the Woods... 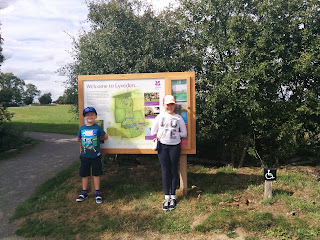 So we got the children down from the Castle, which was fun as Top Ender and I both attempted to run down a rather steep hill, whilst BB went down the slides! Luckily neither of us broke our necks (what I screamed better not happen as I ran down the hill!) and we were both thankful that our shoes had decent grips on the soles. 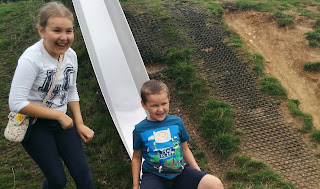 The day and the shoes were great, now we just need for BB to shrink his feet back to a smaller size so he can continue wearing them...

Ahh, never mind, we'll have a new pair of Shoes coming to us soon and we'll be able to have more Autumnal Adventures!
Clothes Review Shoes