- October 09, 2016
Last week I was reading a bedtime story to Dan Jon Jr. He is particularly fond of a book of Five Minute Kitten Tales. The pattern is that he reads one story and then I read one story, we say his prayers together, have a cuddle, I kiss him on the head and then he goes to sleep.

Last Sunday, Dan Jon Jr had a high blood sugar reading and so we'd called down to Flyfour asking for him to bring us up a bottle of water for Dan Jon Jr. 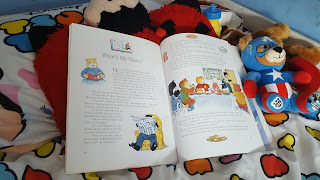 Dan Jon had already read a story to me and I started reading one to him. The tale I read, had the little kittens trying to figure out what Father Cat's middle name was, after having been told the tale of Rumpelstiltskin. It turned out to be Fluffy, which both Dan Jon Jr and I believed to be quite a good name for a Cat and if we ever get another cat we might consider calling him Charles Fluffy Cat.


I thought that this was a good teaching moment and I explained that sometimes things which seem perfectly fine to us may be hated by someone else.

Take Daddy for example I said, he hates his middle name!

I was stuck now. If I told Dan Jon Jr, Flyfour's middle name, Flyfour wouldn't be happy but I had to tell Dan Jon Jr something.

"Guess!" I said, buying for time
"Well, what does it start with?"
"R" I replied, a thought coming to mind.

Dan Jon Jr thought for a second and then declared he couldn't guess, I would have to tell him.

At this point I could hear Flyfour walking up the stairs.

"Ask Daddy if you don't believe me! He'll tell you that his middle name is Rumpelstiltskin."

Flyfour came into Dan Jon Jr's room and together, we explained about the story we had just  read and the question that had arisen over Flyfour's middle name.

"I'll whisper it into your ear, Dan Jon Jr" said Flyfour as he lent over towards Dan Jon Jr. 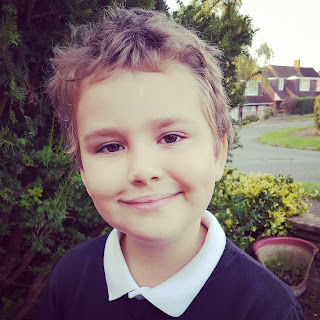 Dan Jon Jr was now giggling harder than he had for a long time and declared that unless we had some form of written proof he wouldn't believe it.

Flyfour reappeared a few moments after Dan Jon Jr and I had finished his prayer, brandishing an official looking letter. A quick glance saw that the letter was addressed to;

Yes, that's right my husband had gone downstairs and quickly knocked up an official looking document to prove to Dan Jon Jr that his middle name was Rumpelstiltskin!

Dan Jon Jr was wise to the trick however. "You printed that off yourself Daddy!" he knowingly stated, still giggling.

I have a feeling that Flyfour might be officially applying to have his middle name changed in order to get one over on Dan Jon Jr!
Diabetes Family Life Funny