- January 11, 2019
I love being crafty but because I honestly believe I have no skills in the department I don't tend to sit around thinking up ways to do things unless I've been given a bit of a challenge. Halloween is one of those times of course, as is any time I'm asked to dress up and that is the only reason I have a Princess Anna dress, Victorian Maid, Mike Wazowski and various other costumes (that if I listed would mean this blog post was a mile long), hidden away in my wardrobe.

The problem is my friends seem to think that because I can use Pinterest and have a slight craft ability I'm the person to turn to when they need something. Like the time a friend asked if I could make a judges wig for him to use as part of an object lesson that he was teaching a group of teenagers. That was fun, and the end result was... endearing? 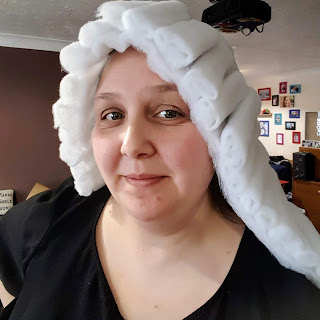 Or of course, the time I volunteered to make a Maui costume for another friend for a Music night at Church and had more fun colouring in fake muscles than I ever have in my life. In fact, if my drawing skills were better and I wasn't so blood phobic, I could see myself as a Tattoo Artist! 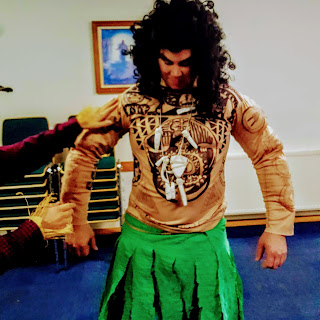 For the Maui friend, I also made the skirt, the belt, the necklace and managed to find someone who owned a Captain Hook Wig that we could use. The scarecrow you can see in the image too had a wimple and cuffs for his shirt and trousers made of straw (and felt) made by me and there was a lion somewhere sporting a very lovely headdress... 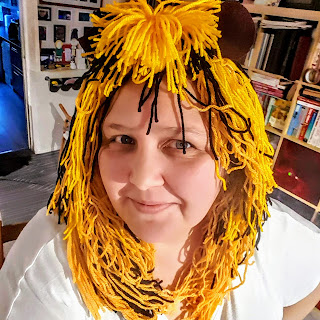 I guess my love of a challenge and the limited craft ability I do have together with the skills of finding things on Pinterest is actually what people mean when they say I'm good at crafts.

Even Top Ender gets in on the action and when she was holding a party with her Guides Unit for the Brownies asked for my help. I made some simple headbands for guests who forgot to wear a costume, as Top Ender was fearful that a few of the girls had been away when it was organised and they wouldn't know what to wear or do (she feared wrongly and I still have these headbands!) 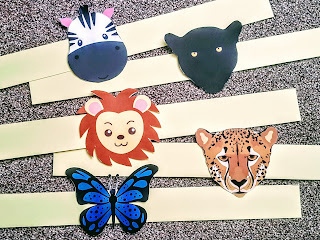 As it was Safari themed, Top Ender asked if it would be possible for me to put a costume together for her. One Charity shop trip later and Voila! Safari Leader Top Ender. 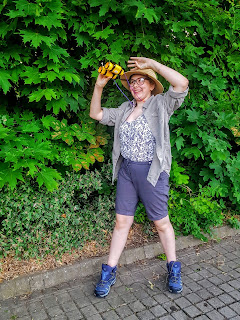 Top Ender is now building up her own little wardrobe of dressing up costumes (her's has far more in than mine!) and we're trying to think of more reasons to dress up during the year than Halloween.