I almost can't believe that not only have I managed to keep her alive for this long, but I've also managed to raise the sort of young woman who is kind, loving, generous, thoughtful and super talented too. Recently, she did something super amazing and I didn't get a chance to brag about how talented she is, but I think today is a suitable day to tell everyone. I mean, it is her birthday! 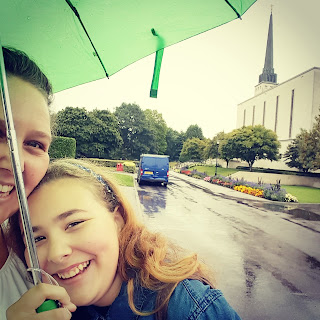 So, just before Christmas. This little girl was asked to do a solo at the Church Carol Concert. Top Ender was given free reign of how it was to be interpreted (speed, key, accompanied etc) and was even told that if she wanted to she could sing a different Carol. Tops didn't actually know the hymn, but after one listen of "It Came Upon The Midnight Clear", she was smitten and had it memorised by the end of the day.

We didn't tell Flyfour about her having been asked to sing a solo, we wanted it to be a surprise for him, but we told almost everyone else! You see, we knew it was going to be special. Tops loves singing and of course, takes her grades and we hear her all the time singing along to various songs in her room. This felt different, however.

A couple of weeks after she had been asked, Tops asked the music director if she would listen to her sing through the hymn, not really to get the approval of her choice of key and the faster tempo but just to check that it suited the moment in the concert.

Everyone that had been in the chapel at the time of Top Enders performance was a little shocked. Top Ender is not known for being a confident singer, I mean I know her for that, but others know her as being a little quiet and shy because of her ASD.

She had knocked it out of the ballpark. All that she had to do now, was to perform as well as she did at the actual Carol Concert. 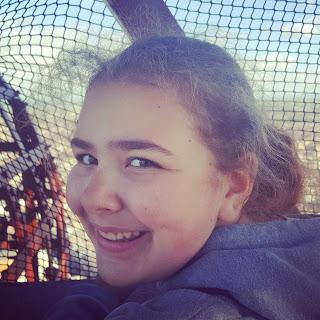 A week before the concert, Tops and I were doing everything we could to stop us from having sore throats, colds and anything else that would cause us problems. For Top Ender it was working, me? I had the worst throat ever the day of the concert.

Before the Concert started the Choir, of which Tops was also part of, had a quick warm up and run through of a song we were performing. We took our seats in the congregation and I tried really hard not to be nervous on Top Enders behalf.

Tops and I sang together as part of a group first. It was the Young Women of the ward, aged between 11 and 18 and we had a fab song with the composer accompanying us on Piano. As the rest of the girls, a couple of invited guests (out of the normal age range), my counsellor and I sat back down, Top Ender sat with her friend at the front of the chapel. She was only a couple of readings away from her big moment.

Flyfour didn't notice that Top Ender hadn't followed me back to the seats, so I pointed it out and he got a little worried too.

As we sat listening to Top Ender sing, I don't think either of us could stop grinning. Top Ender sang loud and clear and the song was so beautiful that by the end of the piece, we weren't the only ones about to burst into tears of pride. 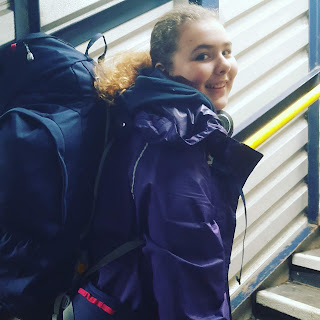 And what did Top Ender do? Well, take it all in her stride of course.

After the Concert had finished, she was swarmed with people telling her how fantastic she was, that they didn't know she could sing like that, that she had performed so well. Flyfour, Dan Jon Jr and I were also given many congratulations on behalf of our talented daughter/sister and boy were we all proud of her.

Now, I'm not saying that if you click this link you'll hear an audio file from the night because obviously, that would be wrong, who would record their daughter in a Chapel? Of course, we didn't break the rules and record her singing...

Actually, we waited a week or so and then recorded her "as live" so we didn't have the ambient noise of babies crying, people coughing, people trying not to cough and various other sounds that were heard in the Chapel as Tops sang.

Honestly, it's well worth a listen, and I'll be hiring her out soon!