- January 16, 2019
Dan Jon has always liked writing, and like me likes to write down things which are important and he'd like to remember in the future. The boy is a blogger in the making I am sure. Normally he writes things down in notebooks that he keeps about his person or hidden in or on his desk or one of his many other hiding places in his bedroom. I noticed just before Christmas that Dan Jon was taking one of his notebooks to School and found it was because he was wanting to make notes about his day as he was going along.

There was just one problem, of course, a notebook without a lock is very easy to be picked up, opened and read and Dan Jon was finding that several of his classmates were picking up his notebook and starting to flick through it, before he could quickly ask them to stop and explain why it was that he didn't want them to read his writings. 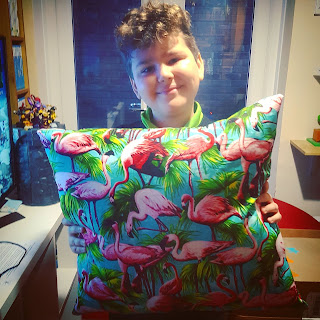 Like me, Dan Jon doesn't believe that a traditional lock and key diary is any good. They are far to easy to pick the lock on, the keys are quite often flimsy and break in the lock if used too vigorously and of course, the keys all seem to be cut in exactly the same way, meaning if you have a similar diary yourself, you can use your key to open my diary. 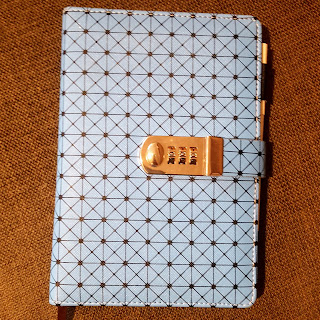 The best bit has been that he has taken it to School and so far nobody has worked out his lock code, despite plenty of his classmates having picked up his diary and attempting to work it out which of the 720 possible combinations it could possibly be!