Five Things My Children Have Learnt From Computer Games

- February 08, 2012
Top Ender and Big Boy love to play computer games. They play on the PC's, the Wii, the Xbox, my ipod and on Top Enders Nintendo DS and boy does that sound like a lot! They don't play for long (we have a thirty minute rule) but they play a variety of games some are educational, some are physical, some are just plain old fun but the thing that they all have in common is that they are teaching my children things I never would have thought they would teach them.

1) You have to eat when you are low on energy.

Big Boy loves playing Kirby and whilst playing is always on the look out for the little bits of food that replenish his Characters health bar. It has become a little annoying as Big Boy will often sit down in the middle of the room and claim he doesn't have enough energy to carry out a simple task (like putting away his toys) and that he needs some food to top up his energy. Luckily Big Boy has also discovered that fruits and vegetables are the best way to top up his energy levels. I just wish like the characters in computer games we had a handy visual measure to tell us when we need a top up! 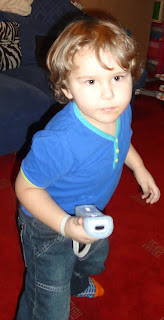 2) Sometimes you have to save your money.

Top Ender loves to play games where the characters can buy new costumes or things for their houses and she loves to buy everything as quickly as possible. The problem being that sometimes you have to save your money to buy crops or storage or a magic hat... Top Ender has realised that this is the same in real life too. At Christmas (and for her birthday) Top Ender she received a lot of vouchers from various family members for her to chose what she wanted to buy. Top Ender thought long and hard about what she wanted to buy and in the end only spent a small proportion of her vouchers, saving the rest for later in the year when she might have other needs or wants.

3) If at first you don't succeed you should try, try and then try again.

One of the great things about modern games is that it saves your progress and so if you get to a bit that you can't do you can you can just keep having a go at it until you succeed. And that translates well into everything new too. If you want to learn to ride a bike without stabilisers? Try, try and try again. Eventually you will get it. Although you should remember if you really get stuck you can use number 4...

After trying several times to do a certain part of a game or to work out a tricky puzzle the children will complain that they can't do it, but rather than give up they will ask for help. This is perfect because there are times in life where everybody finds there is something that they can't do. It's okay though because there are people around you who have more experience or expertise and so asking them for help is okay. Although right when I have my hand up a chicken's bum isn't that good a time. 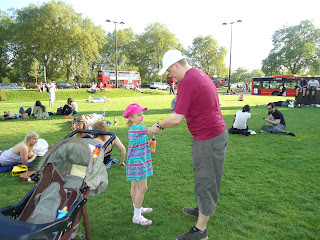 5) There are Cheat Codes.

I'm the worst for this. Having completed some games by being good and doing it step by step I sometimes go back and play the game again but this time I cheat. I might use a code to get more life or more money or to simply cut out a huge boring bit of the game and it's okay to do this. In real life I might not make every meal from scratch but "cheat" and use a pre-made pie crust or I might only hoover the middle of a room instead of under the furniture if a guest is coming round. It's not that I can't do the whole thing, it's just that sometimes a short cut is available and it makes more sense to take it.

What have you or your children learnt from computer games that wasn't intentional? Surely I'm not the only person fluent in Simlish?
Family Life