- February 14, 2012
Tonight Daddy has to work and won't be home until 9pm or maybe later. I don't mind because we spend time together every weekend, have a night that we spend together at least once a week and so not having dinner tonight isn't a major issue. Plus I know that he loves me because he gave me one of his cookies last night and they are tasty!

I'm pleased that I'm going to be able to spend some more quality time with Top Ender and Big Boy and we are going to have a romantic dinner together. We have all chosen something that we like as our main meal, we have a starter each and I have some special puddings which I have hidden away so that they will be a surprise. We are going to use the good plates, have candles, and music and after dinner we are going to watch a film together. We are thinking we will watch Dolphin Tale which Warner Bros sent us recently but on the projector so it is like we are at the cinema.

After the children have gone to bed, I'm going to take a nice hot bath and pamper myself before putting on my nice new PJ's curling up on the sofa and watching one of the films from the Valentines Box that Warner Bros sent me. And yes, the Maltesers that they sent are all mine and aren't being shared with nobody. 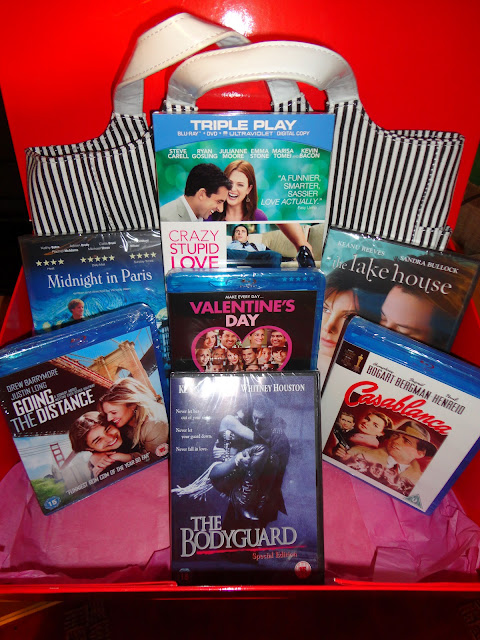 So that's my plan for tonight. What's yours?
Review Valentines Day