A Romantic Meal Of Haggis For Two - #Review

- October 16, 2013
It's been a while since Daddy and I purposely set out to have a date night and when some Haggis was delivered, I thought I'd take the opportunity to create a special romantic meal for two. 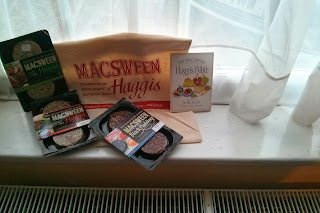 Daddy has never had Haggis before and I only remember eating it a few times as a child and a couple of times as an adult when I've been at fancy restaurants. With the Macsween Haggis that I was sent I didn't have to worry about cooking it in a fancy way, as all you have to do is put the packet in the microwave for 60 seconds, and that is really simple and the kind of cooking I can handle!

I had a lot of ideas of how to serve the Haggis, but decided to stack the Haggis on Potato Rosti's and top the meat Haggis with Scallops and the Vegetarian Rosti's with Grilled Mushrooms. I knew that Daddy would like this, and it was using the mushrooms that we were supposed to have for dinner as burgers, so I wasn't wasting food. 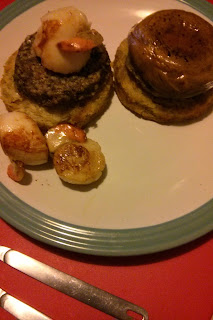 It was delicious. Honestly, it was. I know that most people think "Eurgh Haggis", but it was a seriously delicious meal and even though we ate it whilst watching The Great British Bake Off instead of over candle light, it was quite romantic too. 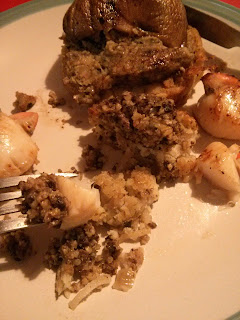 Daddy loved the Vegetarian Haggis, more than the traditional version which he felt reminded him too much of liver but I loved them both. The Vegetarian Haggis, is certainly lighter in taste and less dense, but neither of them are overpowering in taste. I also loved that they were so easy to cook, that they were in slices and that they looked nice. I mean, don't get me wrong, I know what goes into Haggis and it's pretty hard to make that look pretty, but in a nice little circle slice as the Macsween Haggis is, it looks "normal".

If you haven't tried Haggis before, then try it now. Go to your local Supermarket (The packs are available to buy nationwide in Tesco, Asda, Waitrose, Sainsburys and Morrisons and have an RRP of £1.49), pick up a pack of Macsween Haggis and decide what you're going to have with it for dinner.

I was sent two packs of Macsween's Haggis and a pack of Black Pudding, which I'm going to have for Breakfast all by myself.
Date Night Food Main Meal Review