A Visit To Cadbury World - #Review

- October 08, 2013
You know a few weeks back I got to review Cadbury's Pebbles? Well, as well as a couple of bags of pebbles we were also given a family ticket to visit Cadbury's World and this past weekend was the first chance that the four of us had to visit the famous factory together.

No, seriously despite having looked at a map, having a map in the car AND having a the satnav on we got lost. This is why. 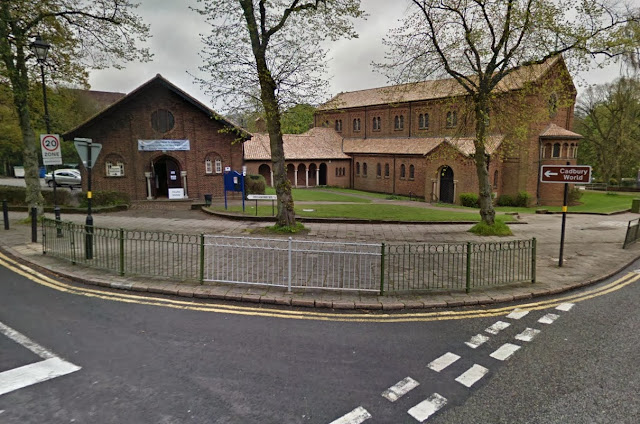 See that brown Cadbury World tourist attraction sign thing to the right of the picture? See how it points down this road to the left here?

Yeah, what that actually means is carry on a few more meters and then turn left. Daddy and I thought that the sign should have looked like this, but you know in brown. 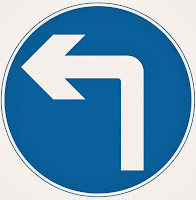 Apparently Daddy and I are wrong.

I had called to book our time slot a couple of weeks before, and had arranged to go in at 12:40, that way, we'd have had lunch and if the memories Daddy and I had of Cadbury's World from back in the early 90's was right we wouldn't mind the tease of getting a couple of unwrapped roses sweets whilst smelling and looking at hundreds of other chocolates on a conveyor belt being packaged and boxed and sent off to various shops around the country.

After I had queued to get my voucher exchanged for a ticket and we then queued as a family to start the tour. It was fairly busy, but that was probably thanks to the Brownies, Scouts and Rainbows wandering around and if they hadn't of been there it might have been less busy... but probably not. Before we even went in the door, behind which the tour started, a lovely young lady dressed in Cadbury's signature Purple, handed me four Wispas and four Crunchies. They were full sized bars and so quickly stashed in my handbag and we went on our way into the tour.


Now I mentioned that Daddy and I had both been to Cadbury's World in the past, we've worked out that we probably both went (separately) around 1991, which was the year the attraction opened and so we thought we knew what was going to go on.

We walked through a sort of history of chocolate, or rather history of the Cocoa bean. Daddy was relieved that they were no longer handing out a sort of Spicy Hot Chocolate that the Aztec's were thought to have drunk, as his memory of the drink was that it was horrid. I was rather disappointed as I remember it being quite nice and apparently if we'd gone the weekend before we would have got some... 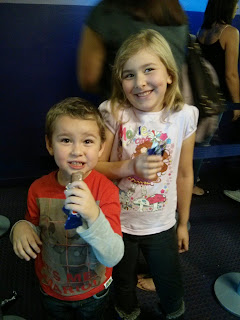 There was a lady who let us smell her box of cocoa beans and as I don't really want to give away anything (and to keep this blog post sort of short) we walked through some "history" and sat through a couple of videos of "history" before getting on with what my children would consider the interesting part of seeing proper chocolate being made.

We were handed more full sized bars of chocolate, given some melted chocolate to eat and we got to see a lot of nothing really. There were little information panels which both Top Ender and Big Boy read to us, but behind the glass windows where we were hoping to see a hive of activity, there wasn't really a lot going on. We did see a man trying to fix a packaging machine...

We did enjoy ourselves though. We had our picture taken, we went on a ride (where someone had been smoking something to come up with I'm pretty sure) and we queued patiently to get to various bits and pieces, like writing your name in chocolate (harder than you think it make it look pretty) because if there is one thing as a family we can do it's queue.

We did go outside, where the children played in a playground area, before going in the Cadbury's Essence tour, which nearly every worked inside the main tour had told us we had to go on. Again it was a video that led to another video and from what I understood of it told us that the story we'd heard inside the main building about how Dairy Milk came to be was wrong. The part of the tour where you can create your own creation of chocolate, was just the same as something we've done at home (but not as good) where you get given some warm melting chocolate and one choice from a few different sweets gets mixed in. At this point, we were so over chocolate that the children were begging me to take them back to the car to have the chicken portions that were leftover from lunch along with some vegetable sticks. 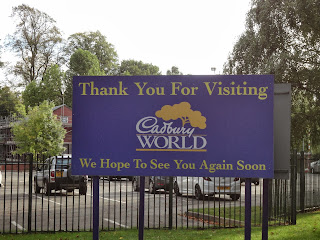 If I ruled the world, (I know it came as a surprise to me that I didn't too) then I would have made the tour a little more child friendly, and just a little more fun. We won't be going back for a few years (if at all to be honest), but it is something which I think if you are in the area you should arrange a visit to, just so you can say you've been.

We were given a family ticket (two adults and two children) to visit the attraction.
Family Life Food Paid Day Out Review