- October 11, 2013
It's no secret that I'm overweight and that I'm trying to do a lot to lose weight. I regularly work out, I follow a restricted calorie diet and I try to fidget as much as possible as I read that it burns a lot of calories.

The girls at Zaggora asked if I'd like to try their new Hot Pants. I had tried a set before and I wasn't sure if I had lost weight because of wearing the Hot Pants, or just because I was exercising in general. The idea of the pants is that there is a multi-layer fabric which harnesses the body's natural heat during exercise to help burn more calories. I've been wearing them during exercise and well I've been wearing them quite a lot under my clothes. 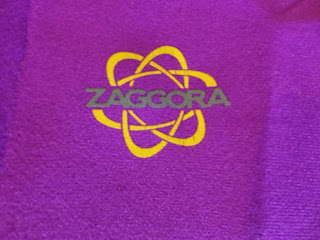 I've noticed that I have lost weight whilst wearing them, again I can't say that it is just down to the Hot Pants or if it is just that I've been exercising BUT I can confirm that I'm losing weight at a faster rate now than I had been.

The problem with these longer Hot Pants that I have (compared to the older ones I had) is that they really make me hot. On a walk at the weekend, I found that I was so hot and bothered by them that when I'd finished my walk instead of keeping them on under my trousers all day like I had planned, I had to remove them. The other problem is that washing and drying them in the Autumn, takes longer than in the summer and so if I wash them in the evening and put them out to dry before bed they aren't always a dry as I'd like by the time I want them the next morning. 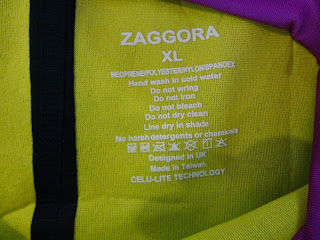 I'm going to continue wearing the Hot Pants for several reasons. I do believe that they are helping, I'm saving money on heating as I don't need to turn the heating on, they are great to wear under a skirt or dress as a way of keeping my spare tyre (or seven) sucked in and I've kind of got used to wearing them now... Anyway for more on these head over to Pippa World, where I'm sure I'll be talking about them over the next few weeks/months.

I received a pair of Hot Pants to review. I apologise that they look a bit screwed up in the pictures, but they are just about to be washed and I had to grab a couple of pictures!
Clothes Review Weight And Fitness